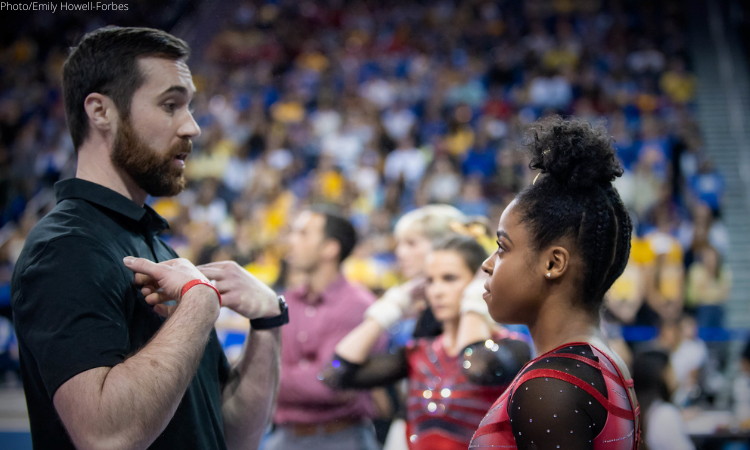 LSU head coach Jay Clark has announced the addition of Garrett Griffeth and Courtney McCool Griffeth to the staff as assistant coach and volunteer assistant coach, respectively. The announcement comes days after news of the retirement of longtime assistant coach Bob Moore and the promotion of volunteer coach and choreographer Ashleigh Clare-Kearney Thigpen to a paid position within LSU’s athletic department.

The Griffeths are a perfect fit at LSU, as Garrett is one of the most talented vault coaches in the country and Courtney is an excellent floor coach and choreographer. Additionally, Garrett is a very good recruiter, which will be a great addition to Clark’s own incredible recruiting skills.

The Griffeths are arriving at LSU after having spent the last three seasons at Utah, where they helped the Utes finish third in the NCAA finals, their best result since 2015, and led sophomore Maile O’Keefe to an NCAA title and the Pac-12 Gymnast of the Year award. They themselves were named WGCA Region 2 Assistant Coaches of the Year in 2020.

Prior to their time in Salt Lake City, the Griffeths spent two seasons at Arkansas and four seasons at Texas Woman’s. They both earned bachelor’s and master’s degrees at Georgia, where Courtney, a 2004 Olympian, competed for the gymnastics team from 2007 to 2010. There, she was coached by Clark himself, and also served on his staff as a graduate assistant coach in 2011 and an administrative associate in 2012.

With one of the best staff in the country, LSU already seems one step closer to winning that elusive NCAA national title, after failing to qualify to the final in 2021.

READ THIS NEXT: The Griffeths’ Journey From Grassroots Passion to Top Tier Gymnastics Coaching 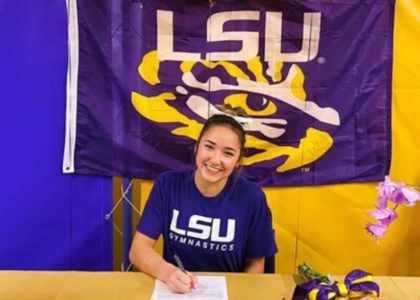