Smurro will fill the spot vacated by Neal Gallant. The Illinois gymnastics alumnus spent five years as an assistant at Iowa and has previous experience at Central Michigan and in the club system.

Thigpen was the Tigers’ volunteer choreographer and master leotard designer for 11 seasons. She now has a paid role in the LSU athletic department; per NCAA rules, she cannot continue to volunteer for the team while being paid by the department.

Kentucky has hired former Washington vault and floor assistant Wiest to fill its vacancy. Wiest had previous stops at Illinois and Bowling Green and is an Illini gymnastics alumnus.

READ THIS NEXT: Last Week in College Gym: June 7 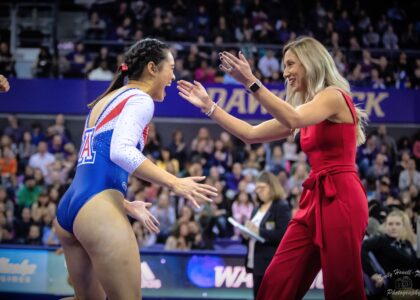