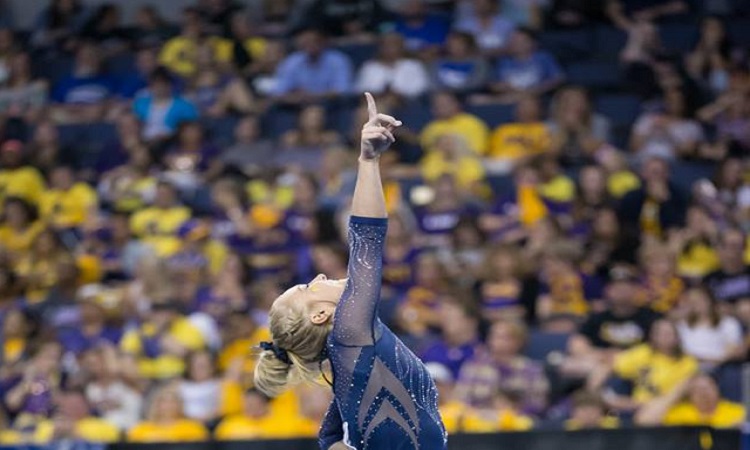 The Big 10 released its annual preseason coaches poll today, with defending Big 10 champions Michigan at the top. Regular season co-champions, Nebraska, come in at number two. See the full list below, with last years’ conference championship place in parentheses, followed by the change in position.

The Big Ten release also includes gymnasts to watch, highlighting two gymnasts from each program. That list is as follows:

Notably missing from this list are Illinois’ redshirt senior Mary Jane Horth, who has been in a boot, and junior Lizzy LeDuc, as well as Penn State’s Sabrina Garcia, a junior. Garcia and Tsang have traditionally been Penn State’s strongest athletes, but Bridgens has shown strong preseason training, including a Yurchenko 1.5, which has earned her the spot beside Tsang. Balthazor has also added a Yurchenko 1.5 for the Illini. Rutgers’ Groden ups her floor difficulty for her final season with the addition of an E pass, a front double twist, this year.