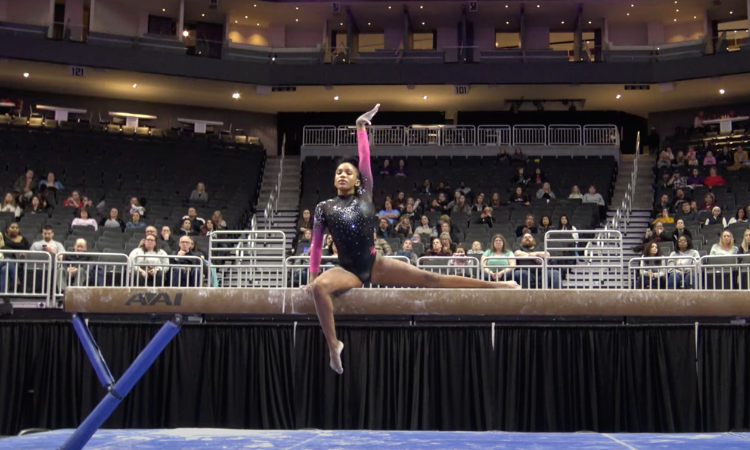 The most anticipated series is back! We looked at the data for each incoming level 10 freshman on each event to see which gymnasts are at the top of their class across the apparatuses and in the all-around. This week we’re looking at the top 10 beamers for 2023.

If you’re wondering where elites like Olivia Greaves are, don’t worry! We’ll be reprising our most anticipated elite freshmen series later in the summer.

Howard is a very consistent beamer, having scored below 9.000 only once in the last three seasons. This is a difficult feat when performing a routine that includes a triple series. Georgia’s beam lineup was notoriously inconsistent in 2022 en route to its No. 30 finish, so Howard will be a welcome addition.

Beard stood out in her junior elite days for her clean execution and toepoint, both of which she brought to level 10 as well. LSU’s beam lineup is full of holes following the graduation of its large super senior class, so Beard will have a golden opportunity to make an immediate impact in college.

Stanford’s beam situation is a little dire, returning only two gymnasts who achieved an NQS on the event in 2022, but luckily the incoming class has several likely contributors. Carter has a quick, confident pace throughout her routine as well as a highlight-worthy front aerial to arabesque.

Speaking of beam situations, Minnesota is in a little trouble of its own after losing its top two contributors to graduation. Moraw will be more than ready to step in as a former national champion on the event. She has solid execution throughout her routine, but the highlight is her floaty front aerial to back handspring layout step-out triple series.

Beam was one of MSU’s strengths in 2022, and its top four contributors are returning this fall. However, Smith could see herself instantly in the back half of the lineup thanks to her strong presence and fluidity.

Recent video of Gladieux’s gymnastics is difficult to find, but 2019 footage shows floaty, confident tumbling and well-executed leaps. Alabama has plenty of depth on beam despite losing a star senior, but the reigning Senior D national champion on the event still stands a strong chance of contributing during her freshman campaign.

Dean competes a number of unusual skills in her routine, including a switch half to arabesque and a roundoff back layout. An earlier video shows a back two and a half twist dismount as well. Between her unique composition and clean execution, Dean has the makings of a collegiate star on the event.

After a two-year break, Morris returned to competition in March with a stellar beam routine. While their execution is clean throughout, the highlights are the leaps and dance elements, including a pike jump half from the side position. Morris will immediately become one of the best beamers in the EAGL.

Harris has been one of the most anticipated upcoming athletes for several years, and beam is no exception to that. Like on the other events, her execution stands out and will score very well in college. UCLA improved its consistency on beam in 2022 but now loses two of its lineup regulars; Harris should be able to replace one of them with ease.

Torrez gained attention in the elite world for her confidence on beam, including her particularly well-executed standing back full, which she still competes in level 10 to great success. Of the four perfect 10s scored over the last two seasons, three of them belong to her. A three-time national champion on the event, she should make an immediate impact in the already strong Sooner lineup.

READ THIS NEXT: Most Anticipated Level 10 Freshmen on Bars 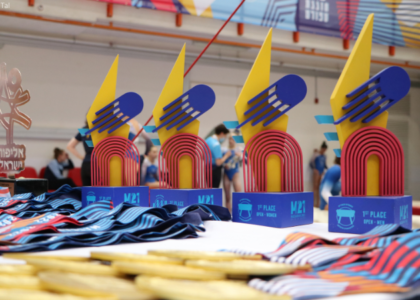