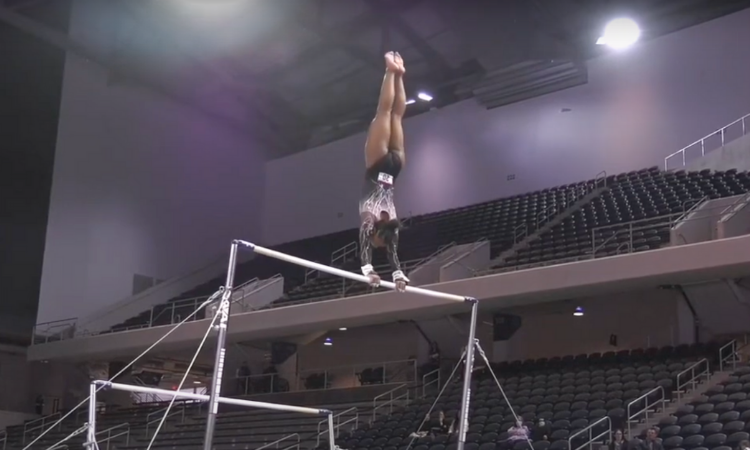 The most anticipated series is back! We looked at the data for each incoming level 10 freshman on each event to see which gymnasts are at the top of their class across the apparatuses and in the all-around. This week we’re looking at the top 10 bars routines for 2023.

If you’re wondering where elites like JaFree Scott are, don’t worry! We’ll be reprising our most anticipated elite freshmen series later in the summer.

Bars was Penn State’s best event in 2022, but its top two performers graduated. Piedrahita’s routine should be an immediate weekly presence in the lineup with her beautiful Maloney to Pak combination and clean handstands.

Aderinto’s routine has several highlights, but perhaps most impressive is her ability to stick her double front dismount. Cal’s bars lineup has been one of the top rotations in the country the past few seasons, but, like Penn State, two regular contributors must be replaced. Aderinto will be ready to step in immediately.

Brown’s lines and toepoint are made for NCAA, and she has star potential in Cal’s already heralded bars lineup. As the only team with two athletes on this top 10 list, the Bears’ future on the uneven bars remains bright.

Rorich has clean execution and excellent toepoint throughout her routine. In 2021 she upgraded her dismount to a full-twisting double layout; we can’t wait to see if it sticks around for college.

UNC has seen significant improvement to its uneven bars lineups in recent seasons, and all regular contributors from the 2022 rotation are returning. With her confident rhythm and clean double layout, Fink will add quality depth and increase competition to make the lineup.

Defending national champions Oklahoma were the top-ranked team in the country on bars last year and will only lose one member of that rotation. Competition to make the lineup will be fierce, but Torrez has been one of the top level 10 athletes in her class for years so she is up to the challenge. Her routine features a Maloney to Pak combination and a double layout dismount.

Ward’s routine highlights include a straddled Jaeger, a cleanly executed bail to handstand and a double arabian dismount. Illinois has to replace only one member of its highest-ranked lineup from 2022, and this incoming freshman should be a prime candidate for that position.

Harris’ routine features a stunning Ray, excellent handstands and a stickable double layout dismount. Bars was UCLA’s lowest-ranked event in 2022, so having this star freshman in the lineup will be an instant boost.

LSU’s lowest-ranked event in 2022 was bars, and it loses an experienced 5th-year senior who tied for the team’s highest NQS on the event. However, Cowan brings a clean, dynamic routine packed full of difficulty, including a Ray and a double-twisting double layout dismount.

A former junior national team member for Poland, Pawlak has been turning heads with her form on bars for years. That has extended into her level 10 days as well, resulting in top placement in this list. She will be a game-changer for Pitt.

READ THIS NEXT: Most Anticipated Level 10 Freshmen on Vault