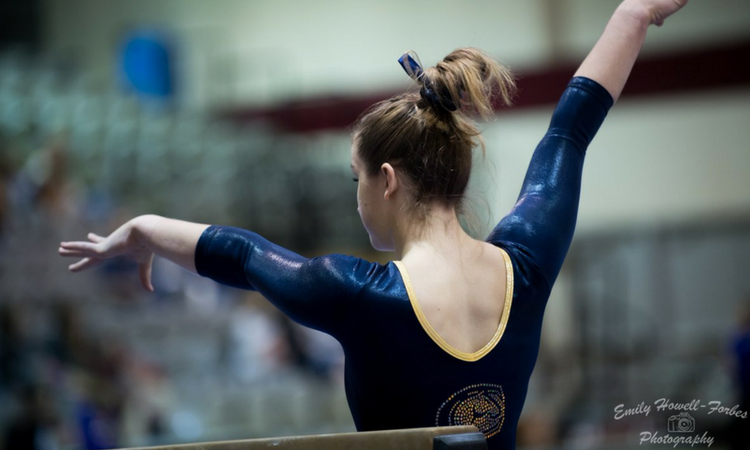 Stanford joins a trio of MPSF teams in Davis for the last meet of Friday night. The Cardinal enters as the strong favorite, especially if it can perform well on bars; it set a season high last week on what has previously been a week event. It would most likely take errors for the Cardinal to be vulnerable to upset, but if that occurs, the most likely candidate is San Jose State, whose season high is 194.575 but whose potential is much higher.  Senior Elizabeth Price is nationally ranked in the all around and on all four events, and is in with a shot at a title sweep.

San Jose State and UC Davis look to have the defining rivalry of the MPSF this year, so their confrontation is an interesting  preview of the conference championship later this season. Davis is driven by a talented group of freshmen, while San Jose State’s defining scores come from a pair of all arounders, sophomore Taylor Chan and senior Katie Won. Division II Seattle Pacific often registers strong road scores at meets with Division I rivals, and watch for reigning USAG floor champion Darian Burns in the all around.

The meet is shown on legitimately the classiest Facebook stream I’ve ever watched. Commentary, scoring boxes, you name it, plus they’re planning on showing every routine which is a challenge in a quad. Go Davis!!

Cardinal will begin quad meet on the balance beam in about an hour. Here's our crew for the first rotation. Stayed tuned for live updates.#GoStanford pic.twitter.com/nmftjrlFyk

SJSU – CHAN: Squiffy bail to toe shoot, great Markelov! Full turn to double back with a step. Got a waist brace on.

Can see teal ribbons for SJSU.

SPU – GAUNA: FHS Rudi to split, great. Her presence is so fabulous on floor. FHS front pull front pike, bounce and nearly goes out of bounds but hangs on! Switch ring to tour jete 1/2.

UCD – ITO: Good full with a baby step to the side, could have more amplitude.

This commentator has pretty patchy technical knowledge but I sort of love him. He just said someone had less vault amplitude due to being “a little bit of a smaller human.” He’s running hot on cold on the actually being correct side of things, but his enthusiasm is charming.

SPU – DURST: Great whip 1/2 to Rudi, a bit underrotated. 3/2 twist to punch front, has to pull it around. Fun routine!

UCD – HEBERT: Beautiful fty with a step back.

SJSU – RELOVA: Straddle Jaeger to overshoot, great. A little shy on a handstand on hb, toe on front dismount stuck!

SPU – ZIMMERMAN:  Step out on double pike, switch side to Popa was GORGEOUS. 3/2 front full, solid.

SJSU – WON: Half turn to Jaeger, half turn to straddle back with lovely handstand. Might have missed a handstand in there. Full twisting DLO dismount with a hop forward.

STANFORD – NAVARRO: Love the split mount. Flic loso, beautiful. Little check on full turn. Check on front aerial, that might have been an intended connection? Switch to split, double back with chest down but a stick!!

UCD – BROWN: FTY, high and easy with a step back.

STANFORD – BRYANT: Flic loso with so much flight! Beat jump to ring, questionably creditable. Great punch front. Two back handsprings to double back and runs backward out of the landing.

Commentators saying Stanford is only doing five, so no Price. I dunno if that’s true.

So uh, Stanford has a sixth routine. But it’s not Ebee.

SPU – BURNS: A little short on front through double back opening pass. Triple leap series, double back with a nice step back.

Solid opening rotation all around! SJSU and Davis holding fairly close, and Price being out doesn’t help Stanford’s case. SJSU

Starting on beam because the vault is broken. Yeah.

SJSU – SHALIT: Leg up on series and off. Standing loso to beat, good.

So, you guys, I can’t believe this. The T-handle on the vault stripped out and isn’t usable. So UCD coach Lavallee took the equivalent one off bars, which totally works. But they’re going to have to trade it back and forth between vault and bars…. for every routine. I’m honestly dying laughing.

Spivey vaulted for SPU. No idea how well.

They decided to just bust through the vault rotation as quickly as possible and then give the missing piece back to bars.

I’m catching nothing of SPU on vault 🙁 Someone (I think Zimm?) just hit a good y1/2 with a hop back.

SJSU – CHAN: Cat leap side somi and off. Off again on acro series.

Someone just did a fhs for SPU. It may have been Wirth bailing on her 2/1 I’m really not sure.

STANFORD – NAVARRO: Such great landings and great leap positions too. One of the best floor routines so far.

SJSU – RELOVA: Can be the highlight of the rotation, great thru standing loso… off on series.

Everyone is just giving up on this meet. No working bars, front handsprings on bars, one commentator has brought her friend along, no Ebee…

STANFORD – LAWSON: Front thru double back, comes in short and hands down. She was running out of space. Double pike, deep.

SJSU – PROBST:  Guys, she didn’t fall. That’s all I got right now. Thank you Maddie Probst.

STANFORD – BRYANT: Great double layout, step out of bounds on the double pike.

So while this has been going on, the Aggies have been dancing and running around in circles to stay engaged and warm. Now they get to re-touch on bars… as they should.

UCD – ITO: Nice Maloney, a little short on a bail, double layout a bit piked with a step forward.

UCD – KESSLER: Full turn to messy Gienger, full turn to double back with a shuffle.

UCD – HEBERT: I didn’t even watch that. Sorry Kelley.

APPARENTLY our noisy male commentator ditched so that he could take a golf cart across campus to the training center, found a spare part, and brought it back! So we can go on like semi-normal now! Is he actually our hero after all??

UCD – BROWN: Off screen but commentators are talking us thru it. Good shap, bail to toe shoot, gets stuck on top of the bar in a half turn so just did another 1/2 and goes into her double back. Nice save!

Okay, rotation 3 is starting while UCD finishes off on bars.

I didn’t see what all happened to SJSU – RAY: But she it.

My concentration has slipped in all the insanity, y’all. Hopefully you can forgive me.

Ebee is warming vault but has her foot taped heavily…

SJSU – WON: Nice double pike! She’s so much fun to watch. Lovely FHS-Rudi. Good recovery from a bit of a beamsplosion

SJSU – PASCOE-LONG: Commentators can’t make their minds up about who she is, settled on Relova. Whoops.

UCD – PRESSWOOD: Pretty lines, way short on a switch 1/2. Gets a coaching conference for her trouble.

I can hear Taylor Chan’s floor music in the background… I also think Ashley Tai vaulted… this has descended into an organizational crisis.

Op, we cut over to SJSU – CHAN! A little short on closing double pike.

STANFORD – FLAM: Omelianchik with a little step to the side.

SPU – LANZADOR: Nice 1/2 to Pak, slow full turn to a good double back.

Bryant hit her FTY with a hop off-cam.

STANFORD – PRICE: FTY with step back.

UCD – PANCHAK: Flic back pike and off. Hitch kick to LOSO, hit.

Double pike under the bar for SPU, I want to say San Roman but I’m not certain.

UCD – HEBERT: Check on triple series but holds on. Another check on her full turn Sissone to switch side, pretty! 3/2 dismount with a step forward.

UCD – BROWN: Stream froze in that one but it’s Alexis so it was pretty. A little short on dismount.

You guys, they just gave up on showing everyone. I have no clue why. We’ll never find out what Stanford does on bars.

Well, apparently it’s because people in the building have to go home. Pff, who goes home when there’s gymnastics?

UCD – LANDESS: This is always a fun routine because she doesn’t do back handsprings. Double pike, little bouncy. Great double back. 3/2 front lay, stuck! That was a great routine.

Last I saw Miyuki Matsune she was in a hand cast, now she’s in the beam lineup, so that’s cool.

UCD – HEBERT: Front thru double pike, overpowers and rolls to her back. 3/2 front layout, really nice. Double back, short with a step forward.

SPU – ZIMMERMAN: Side split mount and misses a foot, immediately slides down and off. I think we’re done here. She’s so pretty though.

Season highs for Stanford and Davis! SJSU held back a bit by the five falls on beam thing, and SPU right on track for where it’s been so far this season. I don’t have much more to say than that. It’s been a ride, guys.

Flam living up to her potential with a bunch of season highs.