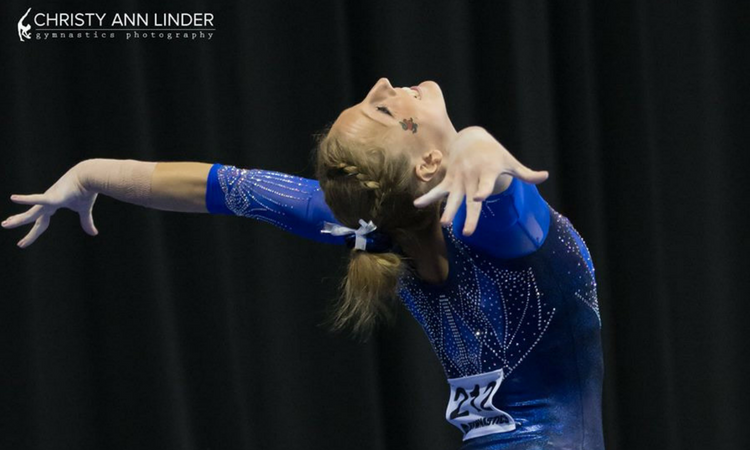 The Florida Gators travel to Auburn tonight in search of a usable road score; after some hiccups on the road in January, the Gators lack an away score over 196.5, which will temporarily sting when RQS rankings begin in a few weeks. However, last week’s dominant performance showed there’s little cause for concern about their long term prospects. Though Florida might not receive quite the scores it did at home versus Oklahoma, it will expect and need a strong 197 to keep its season on track.

Auburn has quietly put together a very strong January, with three consecutive 196+ scores in conference duals. Despite some injuries, the Tigers have numerous potential 9.9+ routines, and with the excitement of a big-name visitor watch for a potential season high tonight. Expect things to start to get fun in the second rotation; Florida on vault and Auburn on bars both set event season highs last weekend and will be looking to build on strengths.

**Injury update: Jazmyn Foberg is in a boot. No scooter or anything and she’s putting weight on it – could just be precautionary.

AUB – BECKER: FTY, not great height but easy, good body position with a step back.

UF – BOREN: Good one, sits on bail handstand in low bar for a few seconds. A little under on double layout.

AUB – PHILLIPS: FTY, bigger but piked down step back.

UF – HUNDLEY: Maloney – Pak, great as usual, lovely van Leeuwen. Half in half out, small hop.

Florida has got to start sticking these bars dismounts. No sticks yet.

UF – GOWEY: Ray is great, hitting handstands. A little awkward on a half turn out of the Pak, releases a little late for the double layout and is close to the bar, has to pike down.

AUB – GLENN: Can choose a FTY or 1.5 depending how the rest of the rotation goes. Does the 1.5 – no reason not to. A little off line and twisting a little onto the table, step forward and the second mat slips out from under her making the step look worse than it was. 9.9 is a little high for that, I think.

UF – MCMURTRY: Great Ray, bail to toe shoot, full in and THERE is the stick. Florida do more.

Ten hands from the team, because of course.

Florida has everything except the landings on bars.

Rotation 2 has the Tigers on bars! #WarEagle pic.twitter.com/JPZb0ALWQA

AUB – WATSON: Good one, step side on the half in half out dismount.

UF – HUNDLEY: Not her best height on FTY, college stick – just a tiny shuffle into salute.

AUB – KRIPPNER: Misses a handstand on high bar, low Tkachev, but great stick on half in half out dismount.

UF – BOREN: Huge 3/2 and opens out of it, hangs on for a second and then takes a tiny step forward.

AUB – MILLIET: Misses a hand on her Ray, somehow manages to grab back on and cast out of it. In slowmo, can see that she caught too close and her hand position was off. Rest of the routine was normal

AUB – CERIO: A little short on half turn into beautiful pike Jaeger, a little arch in her bail, another stick on the dismount.

Auburn gave away a little ground there early in the rotation, but got great later on. I thought a couple routines could have gone a little higher – but the Tigers are on 197 pace regardless. Florida tied the highest score in the country on vault, and can still be better. The guts of the Gators’ routines are as good as anyone’s, but they’ve got to start sticking.

AUB – RIDDLE: Beautiful extension on leaps! Always a challenge for freshmen to lead beam, but she looks under control here. Cat leap + side aerial + back tuck full dismount, good.

UF – SLOCUM: Whip thru double pike. I don’t really see the double layout making a reappearance now after causing all that drama in the first few weeks – this routine is great without it. Front full front pike, great. Good Rudi. Great landings throughout there. I thought that was better than 9.8?

UF – HUNDLEY: This is probably my favorite floor routine in the lineup. Double back, deep but steps back with a bent knee and makes it work. Awkward bounce out of double pike, just barely stays in bounds. Better landing on the combo pass.

AUB – SYLVIA: Such beautiful extension, front aerial – bhs. Split to sheep to beat – split was a little short and first connection was tenuous.

UF – GOWEY: Double pike, glorious, one of those whose college lunges are basically a fourth position. 3/2 to front layout, double back with great control.

Kathy JC totally shading Bart for his love for the phone routines.

Jazzy is dancing in her boot. I think she’s okay, guys.

Skyler Sheppard is in a boot too – she posted a pic of an ugly foot bruise earlier this week, I’m not shocked that she’s resting.

AUB – KRIPPNER: Cat leap to front aerial series is great. Extension on leaps is so lovely. Flic loso, beautiful. 3/2… underrotated and has to take a few steps back, looks like she overcommitted to sticking it. Everything else was so good.

UF – BAKER: Not the most perfect landings but this routine is so compelling. Kathy says she wants to sit in a chair on the ground and have Kenn tumble over her head, so there’s that.

THEY ASKED JEFF GRABA WHAT HE WANTED OUT OF THIS FLOOR ROTATION AND HE SAID “I’D LIKE THEM TO STAY ON THEIR FEET, THEY HAD A LITTLE BIT OF TROUBLE WITH THAT LAST WEEK.”

Florida on track for the solid mid-197 it needs. Auburn might have given away its 197 chance with a few errors on beam, but heading into SEC home floor, anything could happen. It should be a season high either way.

AUB – SMITH: Double pike, flies back and just stays in bounds. This choreo is really fun. 3/2 – front lay – Shushunova. Has to pull her double back around with a big lunge.

UF – SKAGGS: Good on double wolf, flic loso with a medum leg up check. Cat leap switch side. Side aerial layout full with a hop back.

UF – BOREN: That gainer kickover never ceases to be cool. Super solid and stick on dismount.

AUB – CERIO: This routine apparently represents “her inner struggle with her character.”  Way underrotated on a double pike, ouch ankles. Switch side to Popa is great, weird landing on her closing Rudi – almost looked like she hit the ground with her feet still halfway crossed? – but worked out of it.

UF – GOWEY: Triple series, stellar. Front aerial to sissone is great. Gainer full with a step back, up to then it was one of the best I’ve seen from her.

AUB – SLAPPEY: Questionable split on her leap series, I think a split full jump? Has to work to pull her middle double pike around, closing double back is great.

UF – BAUMANN: Onodi out of combination today, but still lovely, and great on series. Switch switch 1/2, maybe a little short on the second? Really strange check on her front aerial, looked like she just zoned out in the middle of landing it?? Has to really fight to keep that on. 3/2 dismount with a step back.

So weird. She does not look thrilled with herself.

AUB – DAY: Super intense performance, this is so much fun. Great double arabian, front full front lay. Double back, steps straight into an awesome attitude turn spinny thing into her ending pose ahh I love it

UF – MCMURTRY: Off on her acro series. Just, what? She’s never fallen twice in a season before. What weird parallel universe…

AUB – MILLIET: Beautiful on fhs-Rudi, taking time to press through her fingers in her salute. Pulled her double pike around with a step forward. Great 3/2 to front lay.

Making 197 is such a great step for Auburn – and it has plenty of room still to grow. Beam in particular was imperfect today, and if it can sort that out, it could be back in nationals contention this year.

Florida had a weird blip at the end there, but still walked away with a RQS-worthy road score – it’s more than a point over the last one. I’m still waiting to see a meet with Florida at its full landing potential, but it has a definite positive trajectory. With full stick capacity there’s no reason any of its rotations shouldn’t go 49.6+ even under fairly okay scoring… it’s just not quite happening yet.

Thanks Florida, now I don’t have to type up the event winners.