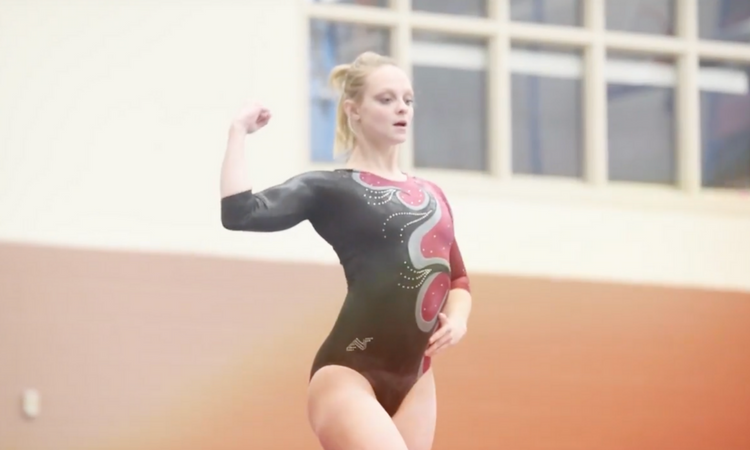 Hamline finished the 2017 ranked No. 80. It was a season of ups and downs for the Pipers as they scored (what is assumed to be) a program record score of 188.85 but did not finish as well at the WIAC championship. The Pipers have a lot of turnover heading into 2018 as they graduated seven seniors and gain four new freshmen. The team will be much smaller than usual, with about 20 gymnasts on the roster instead of 25, and they will need to rely on returners adding events in 2018 to maintain their depth. Hamline will look to continue its success in high scores from last season and improve consistency in the final meets of the year. While predicting lineups in DIII can be difficult, previews can give you a good idea of what to look for from the Pipers next season.

The Pipers finished the season ranked No. 77 on vault, with team scores as high as 47.825. The Pipers return five of six regular vaulters from last season and have plenty of good options on the event. Hamline fields a lineup of a variety of different vaults, including handspring fronts and Yurchenko layouts and tuck halves, as well as a tsuk layout. The team will be lead by Sydney Tribbett, Rosie Giese and Caitlin Cooper who all had season RQS scores near 9.45 and highs above 9.575. Additionally, junior Meghan Webb and senior Alyssa Huch scored as high as 9.525 and 9.575, respectively. Julia Williams was also a strong and consistent contributor for the Pipers, with an average score above 9.1 and a high of 9.4. Junior Danielle Dudley will also look to contribute, as she competed once in 2017 for a 9.25 but scored as high as 9.55 the year prior. Of the freshmen, Jada Czysz-DeBoer and Mary Kelly look most likely to contribute as DeBoer has scored as high as 9.4 and Kelly as high as 9.3 in J.O. With this outlook, the Pipers should continue to excel on vault in the coming season.

Bars was Hamline’s weakest event in 2017, coming in at only No. 81. The team will look to replace two regular contributors from last season’s lineup, with increased contributions from returning athletes as well as some freshmen. Returners from last season include Kelsey Ranneklev, who scored as high as 9.525 for a routine with a strong gienger and blind full to double tuck dismount. Courtney Morrison and Lydia Ingram both scored as high as 9.375 with consistent and clean routines, and Rosie Giese, Alyssa Huch and Morgan Bradford all appeared in lineups throughout the season for scores above 9.1. Expect a few gymnasts on Hamline’s roster who have not yet appeared in the bar lineup to reappear as the Pipers will be looking for a bit more depth in 2018. In terms of freshmen, Czysz-DeBoer competed a jaeger, as well as a pak salto in J.O., Emma Patterson scored as high as 9.075 and Kelly has training videos of a double layout and Tkatchev.

The Pipers finished 2017 ranked No. 79 on beam. The team has incredibly high scoring potential, as three returning gymnasts scored above 9.5 last season. The highest returning scorer on the team is sophomore Lydia Ingram, who tallied marks as high as 9.725 in 2017. Webb leads the team on beam in terms of RQS with a 9.475 and also had a season high of 9.65. Sydney Tribbett is quite consistent as well, notching an RQS of 9.25. Courtney Morrison and Cooper were also strong contributors to the lineup with Morrison receiving a season high 9.5 and Cooper an RQS above 9.0. Other gymnasts on the roster who have competed beam in the past for the Pipers include Lauren Faust and Danielle Dudley, both of whom scored above 9.0 when competing beam in 2016. Juniors Williams, Darby Slater and Ranneklev all competed beam in 2016 and will challenge for lineup spots in 2018 as well. From the freshmen, the Pipers can expect Kelly and DeBoer to potentially contribute if healthy, as Kelly has training videos of a side aerial and nice switch leap to back tuck combo, and DeBoer has recorded a score as high as 9.45 in J.O.

Hamline’s strongest event the past two years has been floor, and they do not expect that to change in 2018. The Pipers return the bulk of the routines that helped the team finish No. 75 on the event. They will be lead by seniors Alexa Vorderbruggen and Tribbett. Vorderbruggen was WIAC All-Conference on floor in 2015 and scored a season high 9.7 in 2017, and Tribbett finished with an RQS of 9.635 and high of 9.675. Additionally, Slater, Giese and Cooper return from the 2017 lineup with season highs of 9.625, 9.475 and 9.35, respectively. Webb has also appeared in the top six for a score as high as 9.125 in 2017 and 9.275 in 2016. In 2016, Dudley was regularly in the lineup and scored as high as 9.5, so look for her to challenge for a spot in 2018 as well. As far as the freshmen are concerned, Kelly and DeBoer are again ones to watch, with Kelly showing a double tuck and front layout to front full in training videos and DeBoer scoring a massive 9.725 in level 10.

Hamline looks to improve upon last season with a smaller team heading into 2018. With large turnover but many returning routines, improved difficulty and consistency from the Pipers in 2017 is a main key to success while maintaining depth on events such as bars and maximizing their strengths on floor will be another crucial factor.

Note: Bradford is a current gymnast for Hamline. However, her preview has been written and edited to remain as neutral as possible.