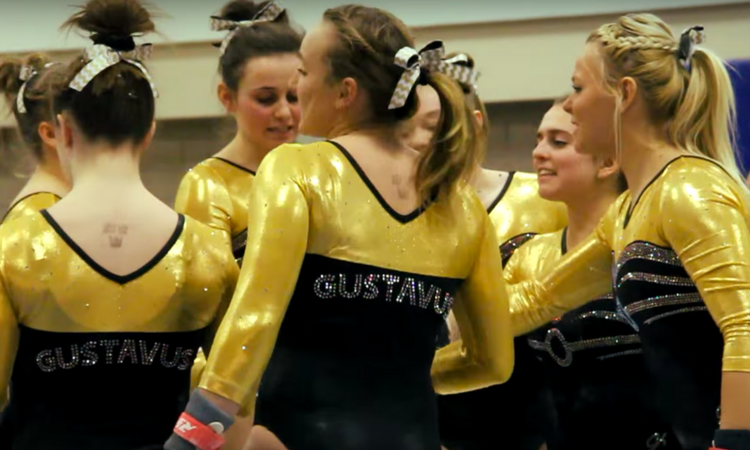 Gustavus Adolphus finished the year ranked No. 81 in coach Aryn DeGrood’s third year as head coach. The team will lose four seniors including stars Alex Kopp and Lauren Kershner who both finished in the top 10 in the all around at NCGA nationals. Heading into DeGrood’s fourth year, the team will look to continue improving team scores, move up the rankings in the WIAC and move closer to qualifying a full team to Division III nationals. While the updated roster that includes freshmen has not yet been released, previews can give you a good idea of what to look for from the returning Gusties next season.

The Gusties finished the season ranked No. 80 on vault. They were lead by Kopp and will look to leaders such as Amanda Malo and Samantha Ardy, who both had RQS scores above 9.2. Leah Dargis and Leah Dellig both had season high scores above 9.3 and will look to return to the lineup regularly in 2018. Other returning gymnasts expected to make the top six include Emily Anderson (9.071 season average), Veronica Vasina (9.181 season average) and Katy Trunk (9.131 season average). With plenty of depth on the team, the Gusties should expect a strong season on the event.

Bars was a strong event for Gustavus in 2017, as the team finished No. 79. The lineup will lose two of its strongest in Kopp and Kershner but will be lead by NCGA All-American Sam Ardy. Last season, the rising junior scored as high as 9.625 and her classmate Veronica Vasina scored as high as 9.525. Malo and Anderson additionally were consistently in the bar lineup in 2017 and were quite consistent with RQS scores of 9.1 and 8.945, respectively. Other returning athletes that are looking to strengthen the Gustie bar lineup for next season include Grace Arnold, who scored as high as 8.975. Gustavus will be relying on a few new routines as well and will look to a mix of veterans and newcomers to fill those remaining open spots.

Beam was Gustavus’ weakest event in 2017, finishing at No. 82. The team loses potential scores from all four seniors but still has five athletes on the roster that competed the event at some point last season. In 2018, the Gusties should look to Ardy who had an RQS of 9.320. Additional returning athletes include Malo, Anderson, Trunk and Grace Arnold. Malo and Anderson both had high scores above 9.1 in 2017. The Gusties will look for consistency and improved execution next year as an additional year of experience can only help. They will additionally expect freshmen to challenge for lineup spots and create more depth than the team might have had a year ago.

Gustavus finished quite strong on floor last season, standing at No. 79. The Gusties will look to replace three regular lineup contributors in Kopp, Kushner and Jamie Niedermayer but will look to the strong scoring potential of Anderson and Malo to provide a foundation for the 2018 lineup. Both achieved RQS scores of 9.55 and 9.470, respectively, and Victoria Aycock was also regular, scoring as high as 9.325. The only other person to compete on the event last season was Katy Trunk, who earned a 9.0 season high score. Look for a return to floor for Ardy, as she scored a high of 9.25 in her freshman campaign. Other lineup spots will be expected to be filled by returning athletes as well as freshmen. If the Gusties can field enough depth, floor should again be a strong event.

Gustavus looks to return an all-star senior class in 2018 and will look to new leadership to maintain and improve upon the previous season’s success. Finding new all around stars as well as increased depth on bars and floor will be key to the Gusties’ quest for further improvement and improved rankings in the WIAC. 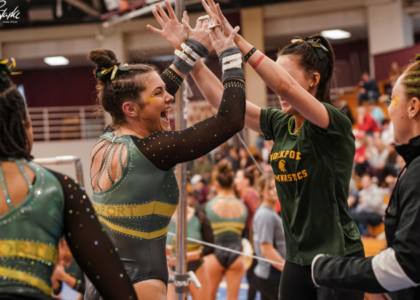 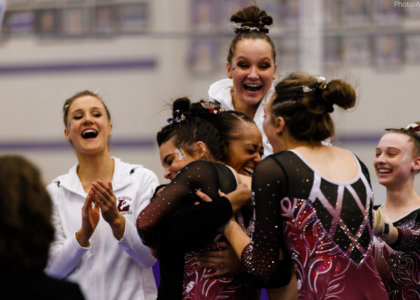 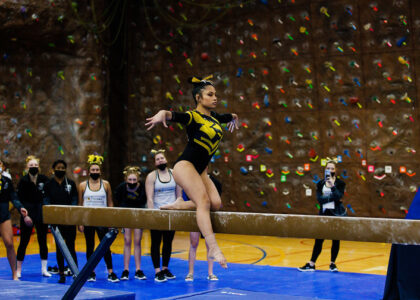