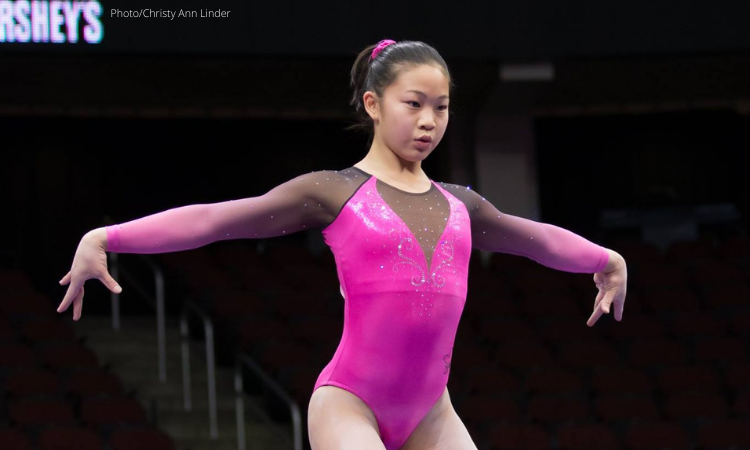 With a plethora of Olympians and world champions joining the NCAA this season, it’s easy to forget about the great level 10s who are also expected to make their collegiate debut in January. We shouldn’t sleep on them, though. They are incredibly talented, they’ve trained for this moment for years and they’re ready to take the NCAA by storm. We’re taking a look at a few of them here.

The former 3-star recruit is a national silver medalist on bars and will be a breath of fresh air for the Falcons on that event. She’s also solid on the other three apparatuses and is expected to be a solid all around contributor from day one.

The 2021 Region 8 regional champion and Nastia Liukin Cup bronze medalist could contribute to the Crimson Tide’s lineups especially on bars, beam and floor, where her skills are difficult and solid and her execution is clean.

The 2021 national champion on bars could be a game changer for Arizona. She’s excellent on all events but especially stands out on bars, where she boasts a career high 9.900 in level 10. Could she soon score her first perfect 10.0 in the NCAA?

With the graduation of Cairo Leonard-Baker, Arizona State is in need of a new star gymnast, and Theodorou is the perfect athlete for the task. The 2021 national and Nastia Liukin Cup all around silver medalist can perform big and clean skills on all apparatuses and has an unusual 10.0 start-value vault, which already won her a perfect score in level 10.

In a recent interview, Arkansas head coach Jordyn Wieber said that former 4-star recruit Sedlacek may not be the most famous member of the Razorbacks’ freshman class, but that she’s going to “shock people” with her exceptional vault and floor skills. Watch out for her Yurchenko 1.5, which scored a perfect 10.0 in level 10, as well as her big full-in on floor.

With Olympic champion Sunisa Lee arriving in Auburn, the rest of the freshman class risks inevitably being overlooked. Keep an eye on Groth, though. She’s a beautiful gymnast who will likely contribute on bars, beam and floor from the start if not all four. Plus, she has an incredible fan base who will come to her meets and cheer her on as loudly as for the Olympic champion.

The 2021 national bronze medalist on bars arrived at Iowa State with a solid repertoire of skills, but she’s kept improving ever since, showing off a brand new Yurchenko 1.5 on vault and a double layout on floor in training. We love to see gymnasts who keep learning and improving in college!

Kentucky’s been looking for a new star gymnast since Mollie Korth graduated, and although Procasky’s gymnastics is not as explosive, she could become a crucial contributor on bars, beam and floor. Her form on beam is especially spectacular and won her a national title in 2019. You don’t want to miss her gorgeous switch ring!

The former 4-star recruit is another gymnast who has game-changing potential for Maryland. Her front handspring front pike half, which is a 10.0 start-value, will be especially welcome, together with her exceptional lines on bars.

With Lexy Ramler and Ona Loper approaching the end of their college careers, Minnesota is desperate to find a worthy replacement. Tyson is the right gymnast for the task. With career highs of 9.900 or higher on vault, beam and floor, she can perform some big skills, including a Yurchenko 1.5 on vault and a double layout on floor.

The 2018 Nastia Liukin Cup junior champion has good form on all four events and is usually as solid as a rock. She will have an immediate impact on all four of Ohio State’s lineups.

Since Oklahoma’s recent intrasquad, everyone’s been talking about Jordan Bowers as Anastasia Webb’s heiress. There’s good reason to believe she is, but Sievers has nothing less than her roommate. If she’s healthy, she and Bowers will be an incredible freshman duo for the Sooners.

The former elite is not one of the most famous athletes to join the NCAA this season, but her form can be as good as that of the top gymnasts in the country. She will be an asset for Stanford from day one, especially on bars and beam.

READ THIS NEXT: Anticipated Debuts From Redshirt Freshmen 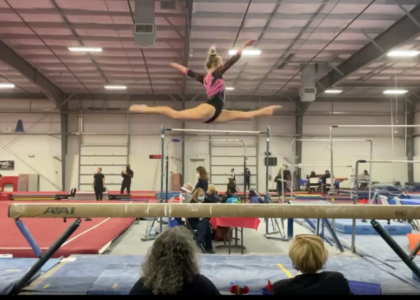