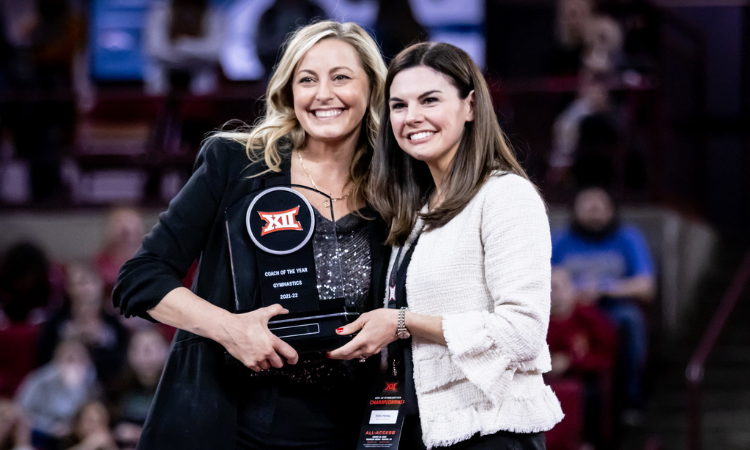 We spent the 2022 offseason requesting publicly available coaching contracts to compile a one-stop source for head coach compensation and contract information. We requested contracts for all Power Five institutions, including those EAGL schools that will compete in the ACC in 2024*. Some interesting trends emerged, so we put our data editors to the task of analyzing the numbers.

One thing that is clear at a glance is that some very high-performing coaches are paid less than their peers. We dove into coach compensation versus team performance to illustrate who seems to be underpaid.

Coaches below are listed in order of salary rank, with K.J. Kindler having the highest pay and Mike Rowe the lowest. 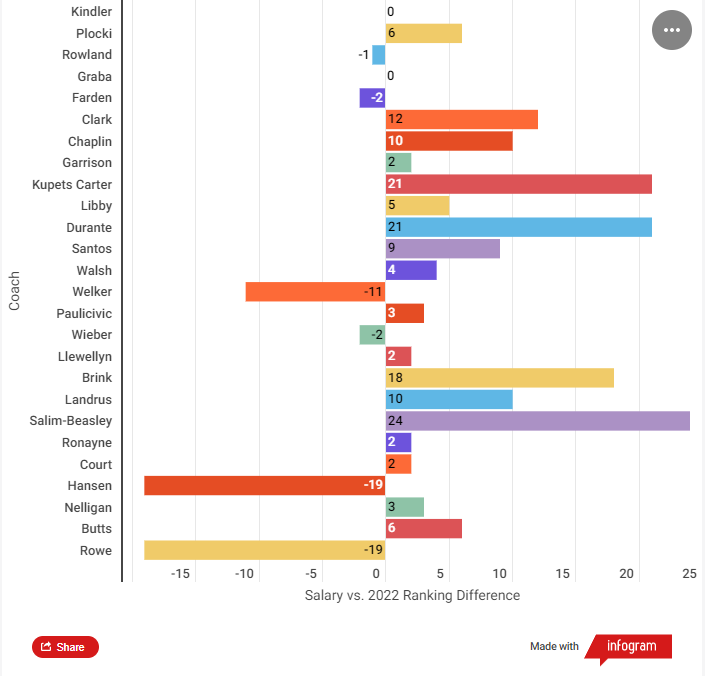 What is immediately clear is that Kindler’s high compensation has paid off, and in 2022 Auburn’s performance lived up to Jeff Graba’s pay. Some of the seemingly overpaid coaches have simply been with their teams a long time, and that long tenure can explain some of the high pay; Tanya Chapilin and Larissa Libby fit that bill. In other cases, the high pay relative to performance seems to indicate high expectations for new or program legacy coaches. Umme Salim-Beasley, Heather Brink, Danna Durante, Jay Clark and Courtney Kupets Carter are in that category.

On the other end of the spectrum, some coaches seem to be paid relatively little given their teams’ successes. Jenny Hansen, Shannon Welker and Rowe immediately stand out. For Welker and Rowe, that could be due to very recent success. We can expect to see salary bumps for both with their next extensions. Hanson’s pay, given that note, is the biggest anomaly. Given Minnesota’s success over the past four seasons and semi-regular nationals appearances under Hanson’s tenure, her salary is incongruous with her peers.

We did not take cost of living into consideration when looking at these rankings, which could explain some anomalies. Living in Los Angeles is demonstrably more expensive than living in Iowa City, something to keep in mind when looking at this data.

*Note that we do not have specific benefit potential information for Ashley Johnston, Jordyn Wieber, Courtney Kupets-Carter and Mike Rowe. The state of Pennsylvania exempts its universities from sunshine laws so we have no data for Penn State or Pittsburgh. We also do not have data for Denver or Stanford since they are private institutions. California has not responded to our public information request.