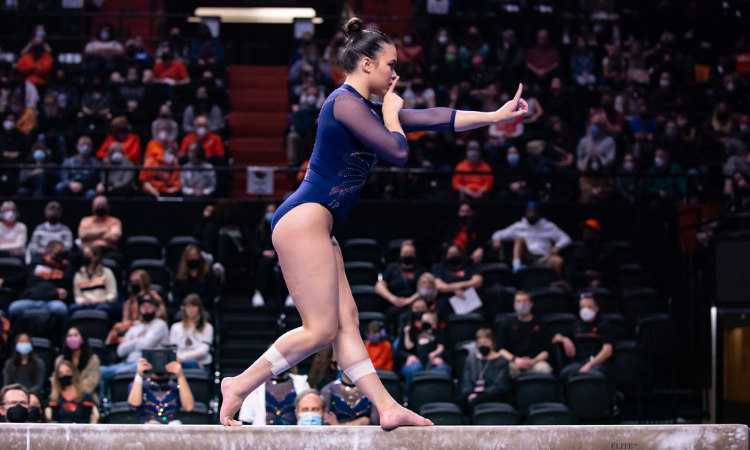 Last season generated more than its fair share of unexpected twists and turns, and if the offseason and preseason are any indication, 2023 should provide even more memorable moments. Last year, these seven teams defied the odds in ways both good and bad and will be seeking to prove their mettle in 2023.

This pair of Tiger teams came into the 2022 season at the bottom of the SEC but finished top five in the nation. COVID forced an unceremonious 35th place finish to Auburn’s promising 2021 season, but the team rebounded demonstratively in 2022 with its best result in program history. Similarly, Missouri—which has been on a steady upward trajectory since 2015—routinely defied expectations during both the regular and postseason, ultimately jumping from No. 14 to No. 5 in the final rankings.

Both teams proved they can outperform pretty much any team in the country on any given day. Heading into 2023, though, the question remains: Can the Tigers sustain—or better yet, build upon—last season’s success?

Superficially, Alabama and UCLA had very different trajectories for their respective 2022 seasons: The Crimson Tide began shaky but quickly started rolling. It posted five consecutive scores of 197.825 or higher heading into the NCAA championships and seemed poised to challenge for the team final, if not the title itself. Ultimately, errors on bars and beam—arguably the team’s strongest events—kept it from advancing out of session one.

The Bruins, meanwhile, struggled on and off the floor right from the start, only managing a 194.850 in their debut meet on the heels of the bombshell announcement that freshman Alexis Jeffrey had entered the transfer portal (and the subsequent fallout). Though the team showed flashes of brilliance during the course of 2022—including a 198.050 against in-state rival California—both the fans and the gymnasts kept waiting for the other shoe to drop.

And drop it did: Third-year UCLA head coach Chris Waller resigned his post less than a week after the national championship. Exactly one month later, Alabama’s head coach Dana Duckworth shocked the gymnastics community at large by resigning.

Flash forward to the 2023 preseason. Both programs have turned to novice head coaches for a fresh start: Janelle McDonald at UCLA and Ashley Johnston at Alabama. A program transitioning to a new coaching staff is a challenge under the best of circumstances, but McDonald and Johnston have the added pressure of healing not-so-old wounds while also delivering the high-level results fans expect from such legendary teams.

After a sluggish start to the year, LSU put up strong numbers—including a pair of 198-plus scores—during the regular season that helped secure its place in the top six heading into the postseason. Unfortunately, that’s when things started to fall apart, both literally and figuratively. Uncharacteristic mistakes on bars and beam kept the Tigers out of the top four at both the SEC championship and regionals. They finished off the year ranked a disappointing 18th, the team’s lowest result in a decade.

In a September press conference, head coach Jay Clark emphasized that the 2023 squad is out for redemption, stating, “They’re hungry, and they’re upset.” With a (hopefully) healthy core of returners plus a trio of standout freshmen and seasoned veteran transfer Cammy Hall joining the mix, LSU looks to have a strong foundation on which to rebuild. With SEC teams like Kentucky, Missouri and Auburn now certified postseason threats, LSU is going to have to start and finish strong if it wants to regain its place among the best of the SEC.

Since winning the EAGL championship in 2018, N.C. State has been the top-ranked team in the conference heading into the postseason. Despite continued success at regionals—most notably its storied run all the way to the Sweet Sixteen in 2021—the Wolfpack has not been able to secure another EAGL title since, and 2023 will be its last chance to do so before joining the ACC in 2024.

Unlike Auburn and Missouri, Penn State wants to prove that 2022 was a fluke. The Nittany Lions struggled mightily on beam throughout the season, only broaching the 49.000 mark once and earning sub-48.500 more often than not. (For comparison, their other three event NQSs were all above a 49.000). As a result, the team failed to advance to regionals for the first time in 20 years.

The good news for head coach Sarah Shire Brown and company is that they have some fantastic newcomers heading to University Park, including freshmen Ava Piedrahita, a former five-star recruit, and Amani Herring (four stars), as well as Florida transfer Gabrielle Gallentine, to help turn things around.

READ THIS NEXT: Top 5 Most Intriguing Teams Going Into 2023