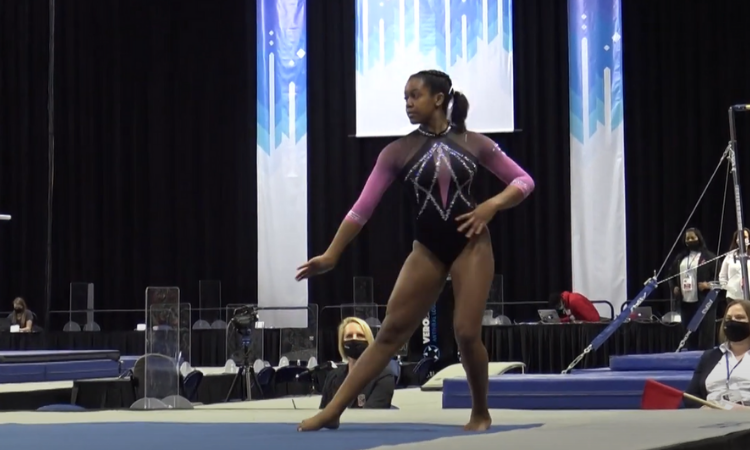 Five-star recruit Morgan Price has announced her commitment to Fisk for its inaugural season, and will enroll this fall. Price was initially in the class of 2023, committed to Arkansas, where her older sister Frankie just completed her freshman season. Morgan committed to join the Razorbacks in November 2021.

Price had an exceptional 2022 level 10 season, sweeping the Texas state meet and winning every event but floor at the Region 3 championships. She shines especially on vault, where she owns a career high of 9.950. The Texas Dreams gymnast is also a two-time Nastia Liukin Cup qualifier. She will join Hailey Clark, Zyia Coleman, Leeiah Davis and Aliyah Reed-Hammon on Fisk’s team.

Price had signed an NLI to compete at Arkansas. Because Fisk won’t be competing as an NCAA team, it will not need athletes to sign NLIs.