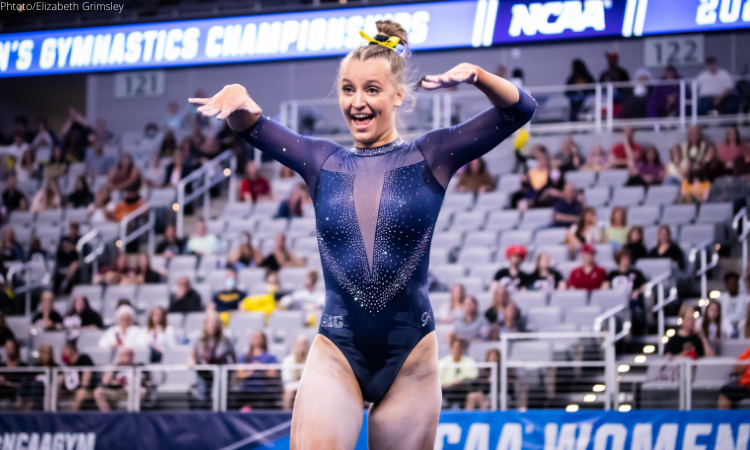 Utah announced Tuesday that Michigan senior Abby Brenner will transfer to Utah for her COVID year in 2023. The rising fifth-year was a member of the Wolverines’ 2021 national championship-winning team and has consistently competed three events throughout her four-year career. She holds highs of 9.975 on vault, where she competes a Yurchenko one and a half, and 9.950 on bars and floor.

Utah will be looking to fill the holes left by Alexia Burch, Cammy Hall, Adrienne Randall and Sydney Soloski, who made up a total of three routines (two vaults, one floor) from the Utes’ team final performance in April. Brenner should fill in nicely on vault and floor and joins incoming freshmen Sarah Krump and Makenna Smith as newcomers to the team for the 2023 season. Utah senior Cristal Isa is also set to return for her fifth year in Salt Lake City.

READ THIS NEXT: Most Impactful Transfers Since 2011