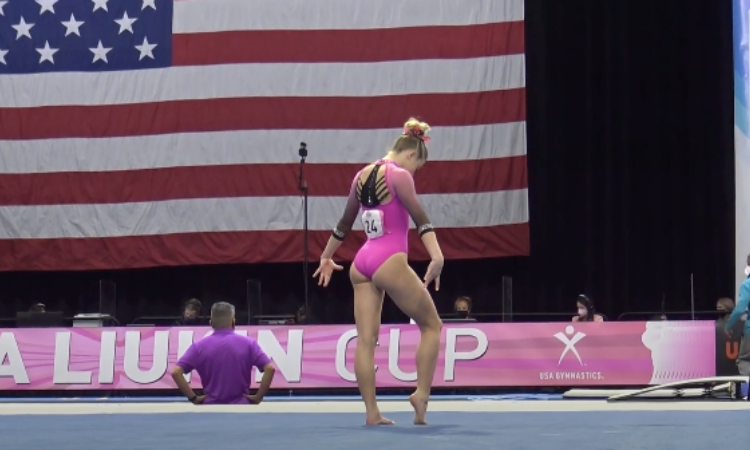 The caliber of this year’s Nastia Liukin Cup is going to be exceptional, probably the highest we’ve ever seen. Twelve gymnasts boast career highs over 39 points, and six gymnasts, five seniors and one junior sport career-high perfect 10.0s, which is an outstanding achievement in club gymnastics.

Previously at the Cup

Ten seniors have competed at the NLC before. Smith qualified to the last two editions while Mackenzie Estep and CJ Keneuke both competed as juniors in 2019 and 2021. Alabama commit Jamison Sears already competed at the Cup in 2019, Harris and North Carolina signee Gwen Fink in 2020, and Neff, Price, Wilson and Ballou in 2021.

Unlike last year, when most qualifiers were high school seniors, this year gymnasts’ graduation year ranges quite evenly from the class of 2022 to that of 2025. As a result, nearly half of the qualifiers are not age-eligible to commit to college yet.

Among those who are, Oklahoma is the only team that boasts two qualifiers—Torrez, who will join the Sooners this fall, and 2023 graduate Hannah Scheible. Also graduating high school this year are Nailah Adams, who will join Rutgers, Fink, who will head to North Carolina, Harris, who is a UCLA signee, future MSU Spartan Smith, LSU signee Wilson and Price, who will join Arkansas one year early.

In the class of 2023, alongside Scheible, Sears is committed to Alabama, Jaydah Battle to Georgia and Abby Martin to Arizona. Makayla Tucker is the sole age-eligible gymnast who remains uncommitted.

Cawley is also the best vaulter and floor worker, boasting a 9.900 and a 9.875 on the two events, respectively. Halle Wittenberg leads a deep field on beam with a 9.875, which also includes five other gymnasts boasting scores of 9.700 or above. Finally, Stroud is the best bar worker with a perfect 10.0, followed by Simone Brown with a 9.900.

In the senior competition, the field is ridiculously deep this year, but the three favorites are Smith, Neff and Torrez. Smith comes in as the highest qualifier, but recurrent issues on bars may take her out of contention for the top spot. Torrez has big gymnastics and a huge beam routine on her side, but she still has to prove to be able to fully control her landings, especially on vault. Neff, on her part, is not always the cleanest on beam, but of the top three gymnasts, she’s probably the one with the biggest overall potential and the fewest weaknesses. If she hits, she’s basically unbeatable.

Close behind the top three is Harris, who can also be a force to reckon with. Her floor routine normally doesn’t score as high as her other events, but she could easily become a threat if the others falter slightly.

Ballou, Fink, Pederson, Price, Scheible, Sears, Slade and Wilson also have the potential to finish on the podium if they hit a great all-around performance.

The junior competition is very open. Cawley enters the meet as the highest qualifier with a huge 39.025, but the score is almost a full point higher than any other score she’s ever posted. She has plenty of potential but she will have to replicate a complete all-around performance if she wants to have a shot at the title. The same goes for White, who also has immense potential and stunning lines but will have to prove that she’s not just good but also consistent.

Pawlak probably comes in as the favorite to win the title. She has some consistency issues of her own, but as a previous NLC qualifier she has experience on her side and has proven multiple times to be able to post scores in the high 38s.

Duke will be the dark horse. After posting nothing below 38.800 this season, can she hit once again on the big stage and lift the cup?