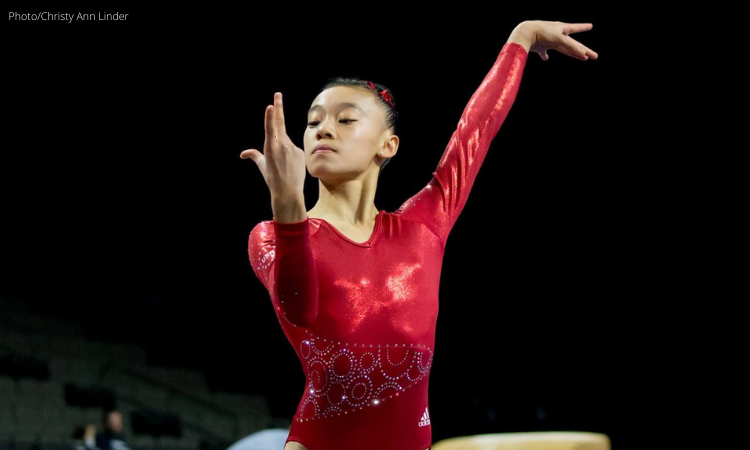 After months of speculation, Leanne Wong, a senior elite from GAGE, announced her verbal commitment to Florida today. She is College Gym News’ top-rated gymnast in the class of 2021, thanks to her difficult routines and impeccable form.

Wong qualified elite in 2017 along with clubmate and Utah signee Kara Eaker, who is also a 5-star recruit in the class. She made an immediate impact on the elite scene, and later in 2017 she was crowned American Classic all around champion and U.S. junior vault champion. In 2018, her final year as a junior, she became the U.S. junior national champion in the all around, the first GAGE gymnast to achieve the result. In her first year as a senior in 2019 she won the American Cup and was a member of the 2019 Pan American Games team, where she won gold with the team and silver on the uneven bars.

At Florida, she will join an outstanding freshman class, which will include world champions Morgan Hurd and Riley McCusker, as well as international elite Sloane Blakely. With the addition of Wong, Florida’s 2022 freshman class will be one of the most accomplished ever in collegiate gymnastics.

Stay tuned for a more in-depth look at where Wong will contribute in her Recruit File, coming next week. Plus, to see a full view of Florida’s future classes, visit our Rosters & Commits Spreadsheet.