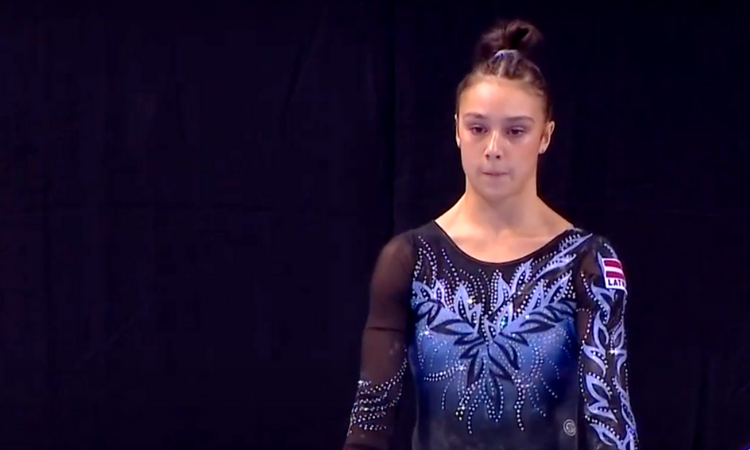 The first few days of a new signing period usually comes with a few unexpected twists and turns. In true 2020 fashion, this year was a whopper! We saw some surprise signings, some late switches and a few missing names.

Why It’s Surprising: Wong announced on Instagram that she’s made her college decision and will announce her plans on Saturday. While she has a couple of ties through social media, it’s anyone’s guess where the top-rated recruit in the class of 2021 will end up.

Why It’s Surprising: Fletcher is a bit of a mystery because she has fantastic level 10 scores but not enough video to have been rated. Nevertheless, the Philadelphia-native surprised the gymternet when it was announced Thursday she would be joining the Sooners early, just in time for the 2021 season. That makes a whopping 10 in the Oklahoma freshman class, and there’s a good chance Fletcher ends up being the star.

Why It’s Surprising: We didn’t really know that Vihrova was interested in a collegiate career until she signed with Penn State on Wednesday. The Latvian gymnast has plenty of international experience, having competed at the world championships in 2018 and 2019, and in multiple European competitions. She won a silver on beam at the recent Szombathely Challenge Cup.

Why It’s Surprising: Expected to sign to California, Morgan did not appear in the Golden Bears’ official release. However, she could still sign at some point before the period closes next August. There are plenty of reasons the Briton may not have signed. The U.K. is currently back in “lock down” due to the coronavirus pandemic. Morgan could also be waiting until the spring. There’s even still a chance she plans to walk-on at Cal, but this is a less likely scenario seeing as she’s an international prospect.

Why It’s Surprising: We expected to see Thompson as part of the Utah signing class, but she was not announced in the Utes’ press release. She switched her commitment from Cal earlier in the year, stating she wanted to stay close to home for personal reasons. Perhaps she’s walking on, and we’ll get confirmation of her enrollment in the future.

Why It’s Surprising: We were hoping to see Skrupa in the NCAA, but we weren’t certain she was even interested until she signed with Central Michigan on Wednesday. After the graduation of Denelle Pedrick, the Chippewas should be thrilled to have a new rockstar Canadian.

Why It’s Surprising: Sievers was expected to sign with Nebraska, as the headline recruit in that class. Instead, she signed what looks to be an NLI with Oklahoma. The Huskers now have a big hole to fill.

Other News and Notes