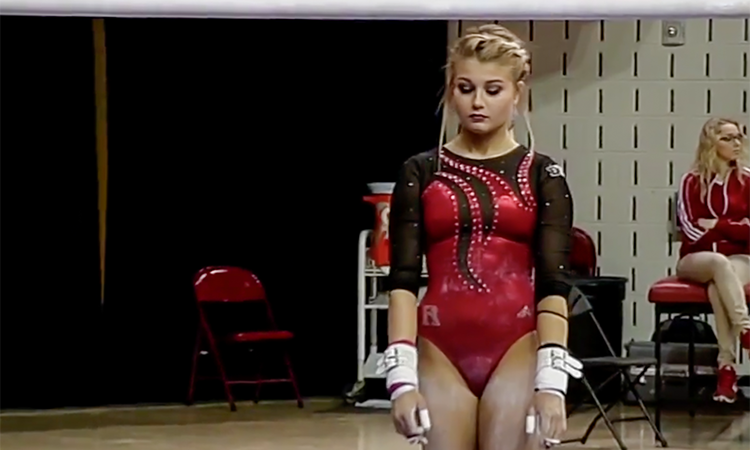 With trades for fantasy gym opening after this weekend, the question becomes who is left in your trade pool that is worth trading for that might fill holes in your current lineups.

Belle Huang– Huang is a strong all arounder from Rutgers, with particularly beautiful lines on bars and beam, but also boasts a front double twist on floor.

Kaitlyn Hall– A Rutgers sophomore who is coming back off an injury just before her freshman year, Hall has a solid Yurchenko 1.5 on vault, competed bars last year and will likely be adding beam and floor this season as well.

Morgan Wilson– While she vaults just a Yurchenko full, Wilson has been regularly posting 9.8s at intrasquads, as well as one at ASU’s first meet of the season.

Sophia Steinmeyer– Steinmeyer competed vault, beam and floor for Iowa State in its season opener and posted scores of 9.85 (vault), 9.7 (beam) and 9.6 (floor). Her standout skill is her Yurchenko 1.5 on vault which has already been shown to score well.

Ivy Lu– Lu is a a gorgeous bars and beam worker from Minnesota who, though kept out of many lineups by a foot injury last year, is back this year and very capable of frequent 9.8 to 9.9s.

Makenzey Shank– A bars and beam specialist from Rutgers, Shank has lovely lines and a gorgeous double front bars dismount on the former. She’s also a steady floor worker.

Morgan Hart– Hart has looked good for ASU all preseason and most recently posted a 9.8 on bars for it at its opening meet.

Danielle Spencer-Bearham– Spencer-Bearham is a bars specialist for Arizona who posted solid scores last year and a 9.85 at the first meet of the year.

Sophia Carter– A freshman for Arkansas, with lovely lines and dance on beam and floor, Carter posted 9.9 on beam and a 9.625 on floor at the opening meet. It’s also possible she may be added to the bars lineup eventually.

Karley Hutchinson– A freshman from Nebraska, Hutchinson especially excels on floor where she has been seen training a double front. Also watch for her potentially on vault, where she has a stickable Yurchenko full that could make Nebraska’s vault lineup.

Cairo Leonard-Baker– Leonard-Baker competed all around for ASU this weekend. She shows great amplitude on all events, had a 1.5 on vault in J.O., shows lovely lines on bars and was floor anchor at the first meet with a great crowd pleasing performance. 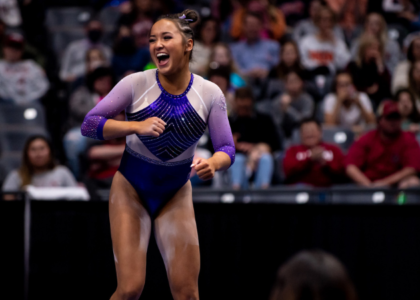 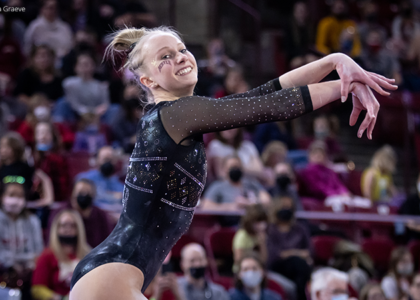