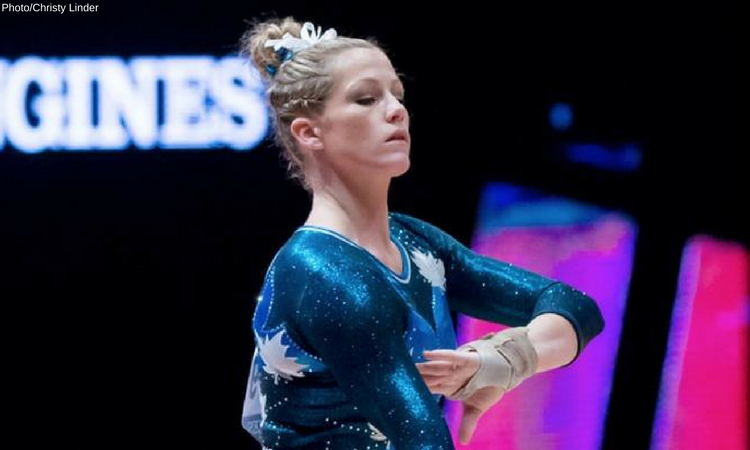 Most fans of NCAA gymnastics followed the P&G Championships avidly two weeks ago, knowing that their favorite teams’ futures would be on display. It can be more difficult to track international NCAA gymnasts and commits through the elite summer, so we’ve summarized these gymnasts’ recent results for you.

Amelie Morgan, a member of California’s 2022 freshman class, represented Great Britain at EYOF in late July. She qualified fifth into the all around and finished seventh in the final. She also won bronze on beam, the same event that she won her British junior title on earlier this year. None of her routines have incredible difficulty, but she performs with beautiful technique—an asset come college. Plus, Cal fans should hope that she continues competing her round-off back handspring beam mount through college.

Two future NCAA gymnasts competed at the SEA Games in Malaysia. Kaitlin De Guzman, an Oklahoma commit who trains in Texas and represents the Philippines, won gold on bars, bronze on beam and silver on floor. De Guzman’s incredible leg form and beautiful piked Jaeger will fit easily into the Sooner bar lineup, and on floor she already demonstrates their trademark dramatic flair.

De Guzman’s success is remarkable for another reason: her mother, Cintamoni (Tammy) De Guzman, is also a SEA Games champion on the uneven bars! Tammy also represented the Philippines, winning gold in 1995, as well as a team gold in 1997.

Nasha Manitkul-Davis, an incoming freshman at Kent State, also competed, helping Thailand to a sixth place team finish. Having a new athlete with the competitive ability that international experience can bring could be a great asset to Kent State come January.

The Summer Universiade, held this year in Chinese Taipei, has always been a great opportunity for NCAA gymnasts to re-enter the elite world. This year, the NCAA was represented at Universiade by three Canadian and two German gymnasts.

Georgia alumna Brittany Rogers had a few mistakes in qualifying on her best event, bars, but redeemed herself with a thrilling gold medal on vault. Denelle Pedrick of Central Michigan showed a nice beam routine and a great floor set that included her trademark triple twist. Rising Penn State senior Briannah Tsang competed in the all around beside two-time Olympian Ellie Black, finishing 11th in the final.

Incoming UCLA freshman Pauline Tratz of Germany demonstrated her power on all four events. Her full-in in floor is powerful enough to be a great asset in a college floor routine and her double tuck beam dismount looks almost too easy. Finally, her front handspring pike half vault looks nearly lineup ready, and, more importantly, starts from a 10.0 in college—something UCLA lacked for most of last season.

UIC sophomore Toni Alicke also represented Germany at the competition with a floor routine that was composed and beautifully choreographed. Alicke struggled a little with consistency in her first collegiate season, but she could make an impact for the Flames next year if she regains her competitive ability.