Skip to content
FacebookTweetPin
By Elizabeth Grimsley and Christina Marmet 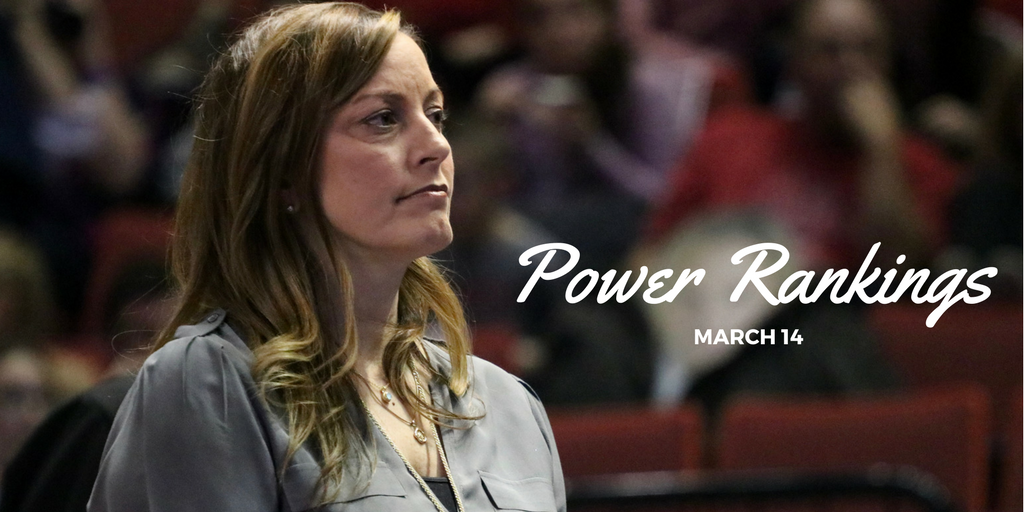 It’s time for another round of NCAA Gym News Power Rankings. This week we’ll be coming up with our top 14 teams and assigning them each a secondary Harry Potter character we think best fits its season up to this point. But we don’t expect you to agree with our opinions 100 percent. Let us know your thoughts and who you have in your top 10 in the comments or on social media.

If you’re a traditionalist or numbers freak, you can look at the Road to Nationals official rankings here.

Oklahoma is cool, there’s no other way to describe it. The same goes for Bill Weasley, and J.K. Rowling even describes him as such: “Bill came as something of a surprise. Harry knew that… he had been head boy at Hogwarts. Harry had always imagined him to be an older version of Percy, fuss about rule breaking and fond of bossing everyone around. However, Bill was—there was no other word for it—cool.” He’s got an earring and breaks curses for god’s sake. While not exactly the first Weasley everybody thinks of (or even the second, or third, or fourth…), he still plays a major part in the success of Harry and his friend’s quest to defeat Voldemort. Oklahoma is the cool kid in the family as well. Everyone wants to be it, but it just keeps doing its own thing. While not the first team most people think of when they hear “college gymnastics”—that distinction probably goes to UCLA, Utah, Alabama or another SEC team—it is the current star.

​Professor McGonagall was the stern force in Harry’s education but still found time for A+ comebacks (basically the whole fifth book was a great McGonagall comeback machine over Umbridge). LSU is the same way. It just kind of puts its head down, does work and produces a result that’s nearly the best in the nation. The Tigers throw back anything thrown their way first and are the last team to have beaten top dog Oklahoma in almost two seasons.

​The eclectic witch in Dumbledore’s Army, Luna did her own thing, not caring about what anyone else thought or if her ideas and opinions were super outlandish. And this certainly rings true for the Bruins as well. Their dance is innovative, their sideline antics entertaining and Miss Val’s opinions on lineups often befuddling but end up working out most of the time.

​Hagrid is the quiet character, not always a favorite but there for Harry and his friends at any time, and you can always count on him to show up at the right time. Well, isn’t this Alabama’s motto after all? You can always count on the Tide to show up when it counts. We have certainly learned over the years that as much as Bama likes to play around with its lineups, once postseason comes around, it doesn’t come to play.

​Hear us out. Snape was the villain for most of the Harry Potter story. However, in the end we find out he’s good (that really shouldn’t be a spoiler at this point). These two teams have their faults that make them not exactly some people’s favorites (extreme home scoring and “passionate” fans, anyone?). But after all is said and done, they show they’re really good and able to challenge for that national title despite any past mistakes or blips along the way.

​Ginny was kind of overshadowed at first, always there but you didn’t know what to expect from her because she was so quiet and shy. These four teams, similarly, can be good or can be a let down (essentially in the Chamber of Secrets for Ginny)—especially early on. But in the end, they’re talented, love to hang out with the cool kids and eventually figure their way around and make a name for themselves just the way Ginny became one strong and empowered female by book seven.

Neville started off at this nerdy kid that nobody really paid attention, that nobody took seriously and that most people thought he wasn’t good enough. As we came to realize especially in the last book, Neville turned out a pleasant surprise, showing courage, exceeding every expectations, and more than living up to his parents’ accomplishments. Our four teams here started out the season not as favorites or even nationals contenders, yet all four eventually proved themselves, showed perseverance like Neville, blew everyone’s minds off with great performances and upsets over direct rivals in and out of their conferences, and are now legitimate favorites to qualify for nationals.