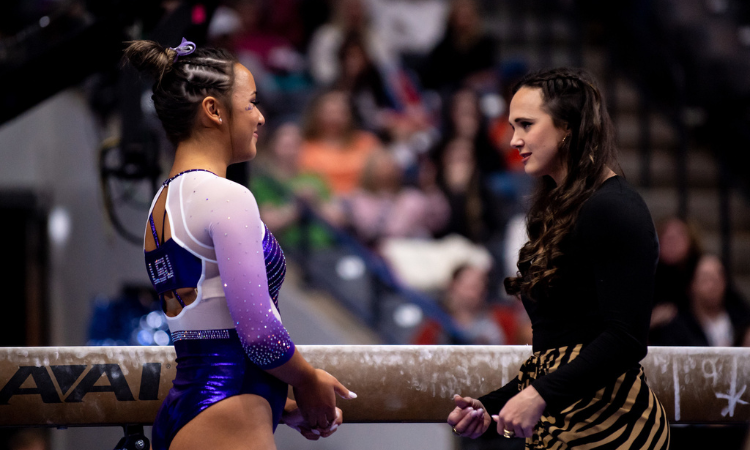 Head coach Jay Clark gave his first press conference of the 2022-23 season. He described the team as “really deep and talented on three events,” noting that bars—which gave the Tigers no shortage of problems during the 2022 postseason—remains a concern. However, he also noted that he feels the team as a whole is “in a much better starting point than we were last year,” and that he hopes to utilize more of the team’s available depth. Kiya Johnson, Haleigh Bryant and Alyona Shchennikova are expected to remain the team’s go-to all-arounders, though freshman Bryce Wilson may also factor in. Johnson, who has battled Achilles issues for the entirety of her collegiate career, is currently training on soft surfaces and plans on being ready for high stakes meets against Utah (Jan. 7) and Oklahoma (Jan. 16).

Clark had strong words of praise for graduate transfer Cammy Hall, saying, “She has really just been a joy to be around.” He expects Hall, who previously competed for Utah, will similarly have a positive impact on the team’s vault lineup.

On the injury front, Clark reported that senior Kai Rivers is recovering from rotator cuff surgery and is expected to resume training in October. He also said that he does not expect freshman and former four-star recruit Annie Beard to compete bars this season due to a shoulder issue, though she may contribute on the other three events.

READ THIS NEXT: Last Week in College Gym: September 12