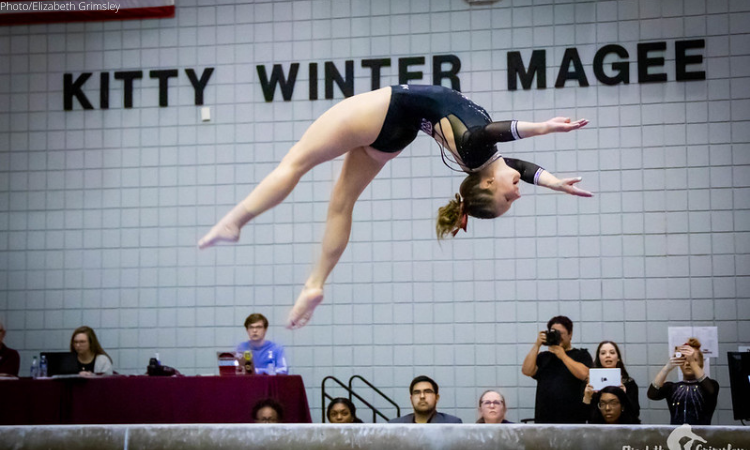 On the tail end of a record-breaking season, let’s take a dive into the eight qualified teams that are bound for Ithaca, NY this weekend. Collectively these teams have broken a dozen records and many are well-poised to smash a few more this weekend. For those teams competing in the final, they’ll get one more chance this season to forge their names into the history books.

Take a look at who is within two points of smashing a new team total record and the team members within a tenth of smashing a record of their own.

Texas Woman’s is in a great position to set a new team record on both vault and floor. Keep an eye on individuals on floor as well.

Lindenwood is cruising through this season and could possibly break a new team record on bars this weekend, and with a few strong routines, certainly rewrite beam history. Gayla Griswold is a standout individual for Lindenwood, qualifying her way to NCAA nationals this year, too.

Air Force is a whisper away from setting a new overall team record,\ and could easily do so on vault, beam and floor as a team as well. A few individuals are also on the verge of setting records in the all-around, beam and floor.

The Bulldogs are having a great season, peaking as the season goes on. Yale could break a team record on vault, bars, and beam. Keep an eye on the all around, vault, bars, beam, and floor, as anyone could strike and make a new record.

Brown is on fire this year, and at the inaugural GEC championship it set a new team record on every single event except beam. Keep an eye on bars for Mei Li Costa to top her own score, in addition to individuals on floor.

READ THIS NEXT: 2022 USAG Nationals Preview 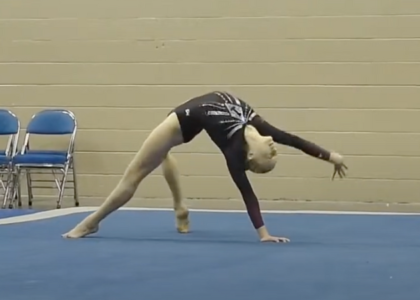