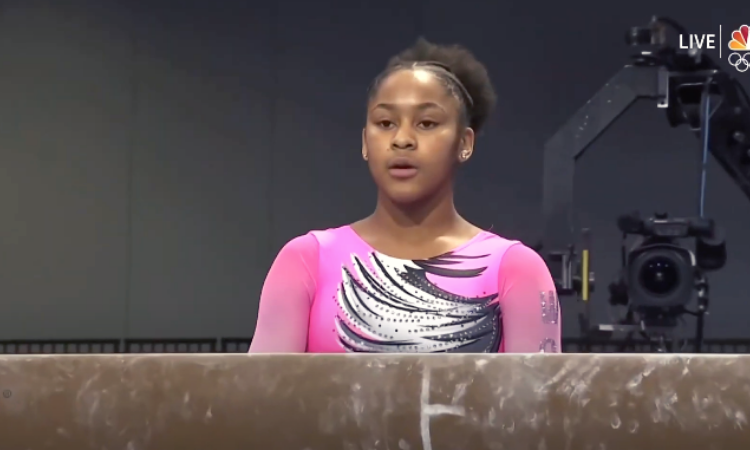 After a good show at the Winter Cup in February, Blakely proved once again to be a contender for the Olympic team, impressing especially on beam where she showed off a standing full, a rare front walkover to front tuck series and a triple wolf turn.

Wong lacked some polish on all four pieces but debuted a very difficult double-twisting double layout dismount off bars, a new side aerial to layout step-out series on beam and a Silivas on floor.

German stood out with her difficult gymnastics, performing a standing full on beam, as well as a Silivas and a full-twisting double layout on floor. She won the floor title with a 13.450.

Auburn signee Sunisa Lee posted the highest score of the day on any apparatus with a 15.200 on bars for one of her most difficult sets, which included a Nabieva to Bhardwaj, as well as a piked Jaeger to Pak to Maloney to Gienger. Lee also earned the highest score on beam (14.550), changing the composition of her routine compared to the one she competed two years ago.

READ THIS NEXT: Future NCAA Gymnasts Impress at 2021 Winter Cup