Skip to content
Facebook0Tweet0Pin0
By Caroline Medley and Elizabeth Grimsley

It’s time for the next round of NCAA Gym News Power Rankings. And the themes are back! This week we’ll be coming up with our top 10 teams and assigning them each a Disney Princess or Leading Lady we think best fits their season up to this point. But we don’t expect you to agree with our opinions 100 percent. Let us know your thoughts and who you have in your top 10 in the comments or on social media.

If you’re a traditionalist or numbers freak, you can look at the  Road to Nationals official rankings here. 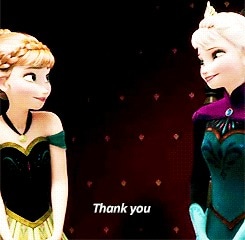 OU and LSU are actually very reflective of the Frozen duo. Though they’re not the old stalwarts of the lineup, they’re quickly becoming powerhouses on the scene. As Frozen enjoyed a meteoric rise to popularity, the Sooners and the Tigers shot up in the rankings at the beginning of the season and have shown no signs of stopping. Elsa and Anna aren’t twins, and certainly neither are these two teams. But though they have very different looks and personalities, their twin successes cannot be denied.

Tier 2: Florida, Alabama and Utah, Belle (Beauty and the Beast)

Belle is a classic princess from the Disney Renaissance era of the early ‘90s, but she’s being reinvented this year in a live-action version of Beauty and the Beast to ensure her relevancy and importance to the new generation of viewers. In a similar way, Florida, Alabama and Utah are turning over new leaves this season, using freshmen, transfers and some underutilized veterans to propel themselves forward. While Alabama is having mixed results, Utah and Florida seem to be enjoying some great success with this strategy, as we all hope Emma Watson will as she brings Belle to the silver screen next month.

Like Tangled, UCLA has a huge, very dedicated following. Fans will show up for them even at meets across the country! They’re also a very artistic team, like Rapunzel, whose tower is covered ceiling to floor in her own artwork. Rapunzel isn’t everyone’s favorite, and a lot of people are wary of the new direction they’re taking her, with the upcoming Tangled: The Series premiering next month. UCLA isn’t everyone’s cup of tea either, and though its difficulty and personality is awesome to see, its inability to have a truly clean meet yet is starting to scare some fans.

Michigan finds its princess representative in Jasmine, who isn’t really the star of the show (the movie is called Aladdin after all) but is fully capable of stealing the spotlight. Michigan has had its issues already this season, as Jasmine has her issues with the men in her life, but they finally seem to be figuring things out, as Jasmine is able to do with Aladdin by the end of the film.

There have been many “Cinderella” stories in gymnastics, but we’ve never really seen Georgia as one of them—until now. Like Cinderella, Georgia’s a regular at the top of the standings but is starting to be outperformed and outshined by some of the newcomers. Though it seems to be figuring it out, Georgia started out the season on a very precarious note. Cinderella reigned at the top of the princess tier for many years, much like Georgia, and even successfully translated into many reinventions. However, that era may be coming to an end. It seems that nowadays, no matter how much she tries to reinvent herself—Another Cinderella Story and Once Upon a Song, anyone—she just can’t keep up with the times. This is a tale Georgia will hope to avoid becoming a part of.

She’s new to the crew but is quickly picking up steam in popularity and power—she’s Disney’s newest princess, Moana! Like Moana, Denver and Kentucky are relative newcomers to the Top 10, but they’re starting to show that they really have the staying power to go all the way. They’ll have many more hurdles to climb, as Moana faces test after test to save her people, but these two upstart teams are absolutely on the right track to qualifying to nationals.
Want to receive the latest collegiate gymnastics news in your inbox? Sign up for the NCAA Gym NewsLetter here.
Facebook0Tweet0Pin0