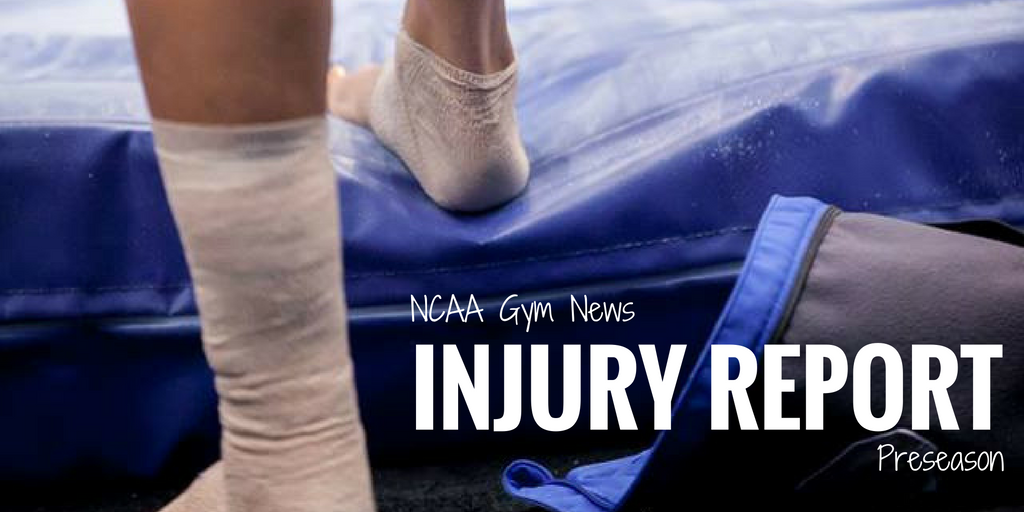 Whether you’re doing research for your Fantasy Gym draft or are just a concerned NCAA gymnastics fan, catch up on which gymnasts suffered injuries during the 2016 preseason. Please note that this list may not include every gymnast with an injury or may include gymnasts that are back training but not yet 100 percent. Feel free to let us know in the comments or on social media if you have an update or comment.

Gymnasts that sufferred season-ending injuries, taking them out of contention for 2017
Iowa State

Gymnasts that were seen with minor surgeries, braces, boots, etc. during the fall and are questionable for the start of the 2017 season. This may include gymnasts that have been seen training after their injuries but it is uncertain whether or not they will be back to full strength by January.
Arkansas

Gymnasts that have retired due to injuries, left the team or were removed from the roster
Arizona State