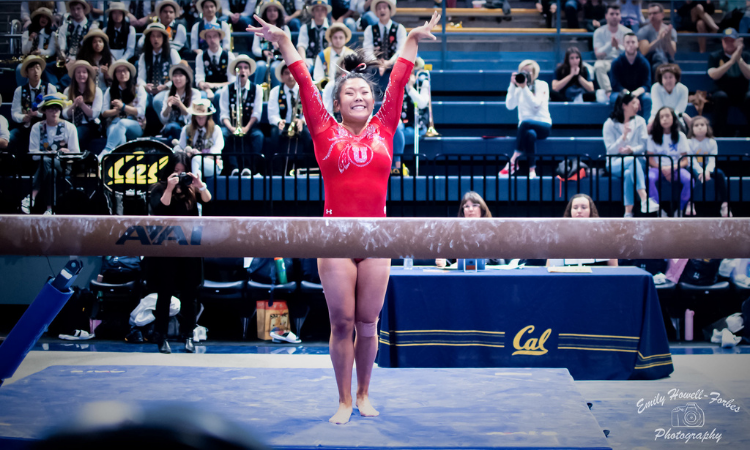 With the 2021 national championships only a week away, we’ve run another 10,000 simulations of our postseason model featuring only the eight remaining teams in order to get updated probabilities of each to bring home the title. For background on the model methodology and to view the pre-regionals results, see our article on the 2021 postseason simulator. For today’s model runs we included all scores from regionals, and we removed scores from anyone confirmed to have a new season-ending injury, such as Florida’s Sydney Johnson-Scharpf.

The most noticeable takeaway here is that the second semifinal is projected to be closer than the first, with the gap between LSU and Utah having closed considerably since our pre-regionals model run. Utah’s performances during regionals were among its strongest of the season while LSU showed more vulnerability than we’re used to seeing from the Tigers during the postseason. With regionals scores factored into the projection, Utah is a real threat to upset the Tigers in the semifinal.

Once we get to the actual championship projections, Florida is still clearly the favorite, but less so than projected before regionals. This is due to a combination of factors. The first is that Oklahoma exceeded Florida’s scores last week, so with those scores factored into the model it increased the Sooners’ likelihood of winning. Second, the pre-regionals model was projecting the entire postseason, so teams that were projected to have a tougher time making it out of regionals are given a boost in this newer model run where they are present at nationals in all 10,000 simulations. Before regionals, Florida and LSU were projected to qualify to nationals in 9,688 and 9,401 model runs, respectively, while Oklahoma was only projected to qualify in 8,615 and Michigan 7,782. Now that Oklahoma and Michigan made nationals and no longer have their more difficult regionals to get in their way, their likelihood to win the championship increased. 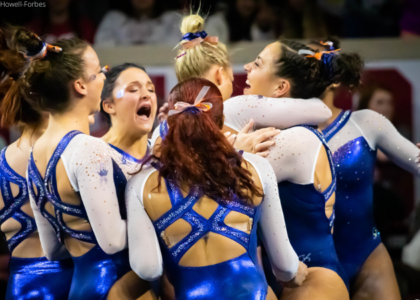 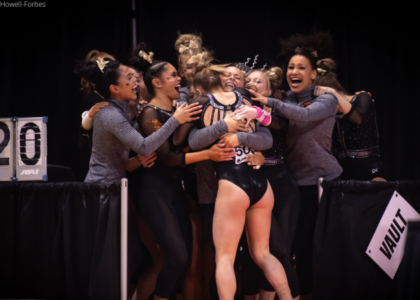