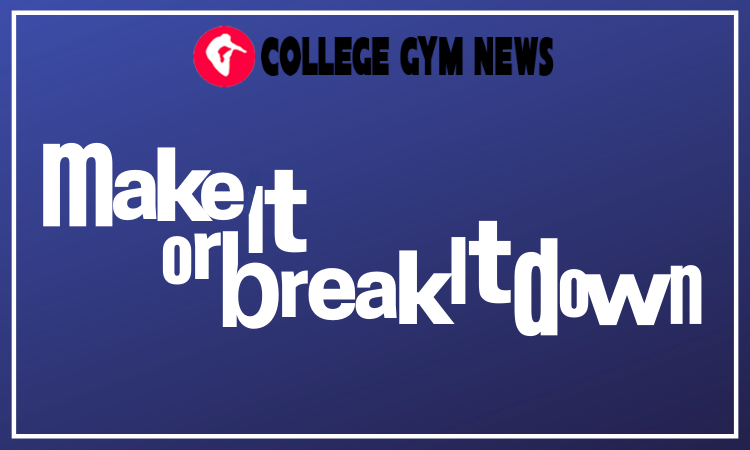 This time around, let’s take a look at some of the show’s supporting cast.

In the years after portraying everyone’s favorite Anglo-Russian coach, Neil Jackson has been quite prolific since he hung up his coaching grips. He has written and produced his own music, putting out an EP and an album; most notably, he was featured on a remix of the song “Dirty Mind” with Flo Rida and Sam Martin! As for his acting credits, after a stint on Downton Abbey knockoff Upstairs Downstairs (he was part of the Downstairs, in case you were wondering), he can currently be found on the CW series Stargirl, a DC Comics superhero drama. He’s set to appear soon in The King’s Man, a prequel to the Kingsman film series.

You can find more about Jackson on Instagram and his website, which is quite charming in both design and narrative tone. We found this anecdote on his music page to be especially wholesome.

True to his Make It Or Break It character’s identity, Johhny Pacar is quite the songbird. He spent some time in a two-man band called Forever The Day. His latest solo endeavor, “My Only One,” dropped toward the beginning of the pandemic. It’s one of several singles he’s put out since his days on the show. His most recent acting credit is the Christian comedy-drama Selfie Dad.

Shelter Pups frontman and occasional service worker Razor was played by Nico Tortorella. Tortorella is the author of a poetry collection called “all of it is you.:“, as well as a book, “Space Between.” Both explore themes of gender and sexuality, which Tortorella writes about through the lens of their nonbinary identity. As for TV credits, they had a main role on the TV Land show Younger, starring alongside Sutton Foster and Hillary Duff. They also have guest judged on RuPaul’s Drag Race and competed as a contestant on RuPaul’s Secret Celebrity Drag Race.

Tortorella is very active on Twitter and Instagram. They currently host an Instagram Live show called “Space Between the Sheets,” which tackles “love and life post corona.” You can tune in every weekday at noon.

Arguably the most notable Make It Or Break It alum, Bure has been involved in a wide range of movies and TV. She plays Aurora Teagarden in the Hallmark Channel’s Aurora Teagarden Mysteries movie series. She also reprised her role as D.J. Tanner on Netflix’s Full House spinoff Fuller House. In addition, she was a cohost of The View for a year, and she was also a finalist on season 18 of Dancing with the Stars (her partner, Mark Ballas, was also paired with Shawn Johnson).

Like her character, Bure is proudly Christian. She is a brand ambassador for Dayspring, a Hallmark subsidiary specializing in Christian clothes and accessories. She has also recently been appointed to be the Chief Spiritual Officer of Woman’s Day Magazine.

Bure’s social media presence is impressively curated. Her Twitter is filled with various branded content, including promo codes from Dayspring and her other sponsorship deals. On her Instagram, she hosts various Instagram Live workouts with friend and fitness trainer Kira Stokes.

Payson Keeler’s long-suffering mother Kim was portrayed by Peri Gilpin, who later went on to land several big parts in shows like CSI and Scorpion. Other than those programs, most of her roles have been limited to one episode arcs. However, she is currently starring in the web series Old Guy, a satire about ageism in the media. She plays the agent of a man who is trying to break into Hollywood at age 80; surely her skills managing The Rock will come in handy. The first episode is free and available here.

You can follow Gilpin on Twitter and Instagram. A highlight of her presence on the former platform was being name dropped by one Lin-Manuel Miranda back in 2014. We have to commend this gym mom extraordinaire for using her platform to speak out on various social issues, especially as of late!