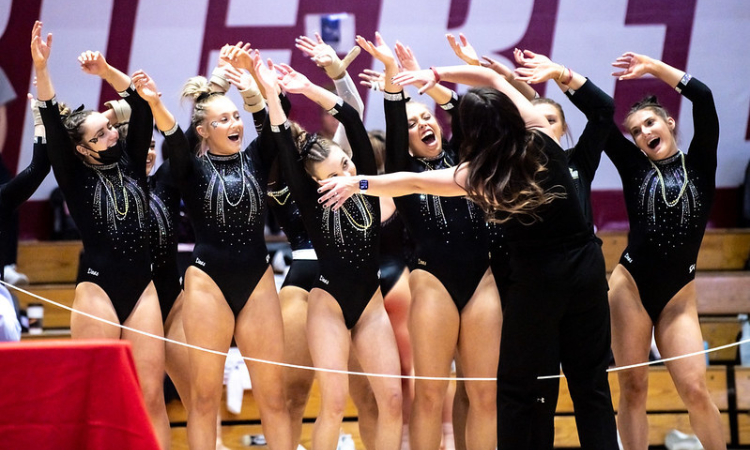 While the rest of the USAG is slowly inching into 2023, Lindenwood dove in head first with its first double meet weekend of the season. Yale had a few hiccups and uncharacteristic falls, but Bridgeport came flying into the season, holding off Southern Connecticut while West Chester took the first win in a GEC-only meet. TWU began its season in Denver, posting a solid opening total.

While the gymternet waits for Centenary and the rest of the Ivies to join in on the fun, let’s take a look at high points from Week 1.

Nerves? I Don’t Know Her

Yale had a few hiccups in the Bulldogs’ opening meet of the 2023 season on the road against LIU, but freshman Hana Strause pointed Yale in the right direction with a nerves-of-steel lead-off routine.

Stamina of the Week

It’s Week 1, and Lindenwood managed to complete two meets already. Not to mention that the competitions were more than 900 miles apart. The fact that the Lions’ Sunday meet was an improvement over Friday’s after a long day of travel is really impressive. Shout out to Jaly Jones for competing eight solid routines for Lindenwood in her debut weekend!

Triple Series for the Soul

Freshmen of the Week

TWU’s trio of Kami Zarlengo, Brooke Ferrari and Ruby Goad went three-for-three in their first meet as Pioneers. These athletes competed like seasoned professionals, remaining calm even with mistakes earlier in the lineup.

Why Should You (Re)Watch? It’s always a fierce competition when Lindenwood and SEMO face off! This matchup featured high flying skills, plenty of stuck landings and the makings of redemption arcs that anyone would love.

Are These Teams Trending Up or Down?: Lindenwood looks to be trending slightly up, while it’s a bit too soon to tell for SEMO. The Redhawks’ future is looking bright with the likes of Taylor Ingle stepping into the all-around, though.

Why Should You (Re)Watch? This competition allows viewers to see teams from four different conferences on the same stage, a rare feat in the NCAA. Catch a Trinity Thomas 10.0 while also getting your USAG gym fix. It’s a win-win.

Are These Teams Trending Up or Down?: Lindenwood’s still trending up.

Bridgeport and SCSU at West Chester

Why Should You (Re)Watch? This is the second year of the GEC, and with Bridgeport’s inaugural season in the conference facing a few extra obstacles than other teams, the Purple Knights are making it known that they’re not to be counted out, beating out GEC rival SCSU to open the season.

Are These Teams Trending Up or Down?: It’s so early, but Bridgeport is on the way up, West Chester is holding strong, and you shouldn’t worry about SCSU.

The Big Storyline: Florida dominated the competition in its first meet of the season.

Implications: The 2022 SEC champions put the rest of the SEC on notice, leaving no doubt that they’re aiming to extend their reign. Fifth-year Trinity Thomas did not compete in the all-around, but with three event titles, she left no doubt that she’s still in top form as well.

Controversies: Thomas’ talent is certainly not up for debate, but the same can’t be said for her beam score at this meet. Fans were divided over whether or not she wobbled after her front aerial.

Current Rankings: Ball State, Lindenwood and No. 33 West Virginia at No. 2 Florida

Why You Should Clear Space on Your DVR: Florida’s roster boasts more world championship medals than many countries’ total haul, not to mention the reigning NCAA all-around champion, Trinity Thomas. The hosting Gators will understandably be the main event at this quad meet, but there are plenty of compelling reasons to keep an eye on the three away teams as well: The Mountaineers showed flashes of brilliance in 2022 and its stellar freshman class—featuring former four star recruit Miranda Smith—should only bolster the team’s prospects in the new year.  Lindenwood has been a team in flux for the past year, with a new head coach, a new division and various roster shakeups. Freshman Jaly Jones is poised to join senior star Gayla Griswold and junior Hannah Moon as impact players. Injuries decimated Ball State’s depth last year, forcing the team into five-up-five-count territory by midseason. Fortunately, the Cardinals have a strong freshman class that’s seven gymnasts deep, including former three-star recruit Zoe Middleton.

You Can Fast Forward, but not Through This: The addition of Georgia transfers Rachel Baumann and Victoria Nguyen, plus having Ellie Lazzari and Morgan Hurd back in play means there are legitimately two lineups worth of top beam workers on this Florida roster. Additionally, if any team can upstage Florida’s floor lineup, it’s West Virginia. The Mountaineers deservedly ranked 19th on floor in 2022 thanks to big tumbling and assistant head coach Zaakira Muhammad’s superb choreography. Griswold’s Yurchenko one and a half—which scored as high as 9.975 last season—is always worth watching, and finally, there’s no better way to put it: Ball State vault is just cool. From Suki Pfister’s outstanding front handspring pike half to Victoria Henry’s Yurchenko one and a half to freshman Aislyn LaBadie’s Yurchenko full on tuck, this is one lineup you won’t want to miss.

The Big Storyline: Winona State showed up and showed out, improving by almost two points over two days since it’s season opener. The Warriors—led by senior Breanna Ho in her all-around debut weekend—notched either an event win, a 9.500-plus score or both on every event.

Records: Every event total put up by Simpson will stand as a program record (at least for the current week). Bailey Tessena and Emma Tolbert share the honors of the team’s first individual event wins, earning them on beam and floor, respectively. 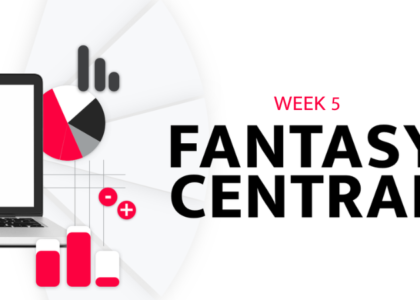