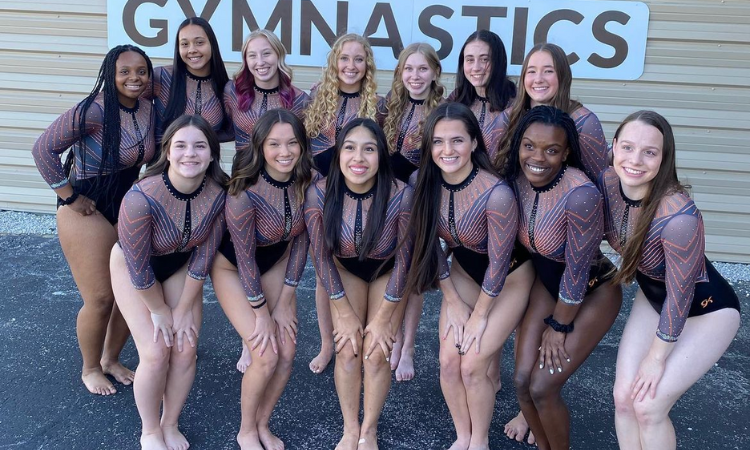 We have new college gymnastics teams for the first time since LIU’s inaugural year in 2021. With rosters full of freshmen and unknown conference distinctions, this is bound to be an adventurous ride—one that gymnastics fans are more than willing to jump on. While these are not teams that we’ll see in postseason action this year, don’t think there won’t be big gymnastics to see.

The preseason is starting and 2023 will be here before we know it. That means it’s time for our annual potential lineups analysis! As gymnasts get back into the gym with new goals for the new season, we’re breaking their prospects down and taking a look at what each team’s lineups may look like come January—from who’s expected to contribute, holes that need to be filled and exciting upgrades fans should look out for.

The first HBCU team has been getting a lot of hype already this preseason. Let’s see if the gymnastics matches the build up. Expect former Arkansas commit Morgan Price to make a huge splash early, but she’s not the only noteworthy name on the roster.

How It Looks Now: Price is likely to anchor this lineup with her 10.0 start value. The team will search for the best balance of twisting vaults and consistent landings to maximize scoring potential.

Trending up, down or too early to tell? Trending up. There’s a lot of depth here with scores that will only increase as the team continues to grow and polish landings.

How It Looks Now: This is likely to be a Shaposh/Maloney-heavy bar lineup. While Bridgeport transfers Session and Wiggins may not have the difficulty right off the bat, they do have a track record of hitting when it counts.

Trending up, down or too early to tell? Bars is likely to be the event with the least depth, so it’s a bit too soon to tell.

How It Looks Now: Session is a smooth beam worker, look no further than her NQS and her high of 9.775 to prove her consistency, a skill that will be invaluable to this team.

Trending up, down or too early to tell? With plenty of routine options, the beam team is looking bright.

How It Looks Now: Floor will be one of the hardest yet easiest lineups to figure out this coming season because of all the talent and potential Fisk has on its side. Who do you lead off with and who do you anchor with, with Price, Sessions and Muhammad on your team? Price has notched a 9.750 on floor in level 10, Sessions has a high of 9.850, Wiggins with a short season scored a 9.450 in her first appearance but rest assured she’ll bump that up, and Muhammad has 9.800 record.

Trending up, down or too early to tell? Trending up, higher than all of Fisk’s tumbling combined.

What does Fisk mean for the future of HBCU and NAIA gymnastics?

Fisk signifies new beginnings. If the team is able to do well in its first few seasons, it could open the door for further expansion to other HBCUs. Furthermore, the commonality of HBCU’s NAIA status increases Fisk’s reach beyond just other Historically Black institutions. NAIA gymnastics withered away with the rise of NCAA Division III competition. Is it possible for NAIA to rise again? Only time will tell.

How will Fisk benefit from the transfer portal?

Fisk was the only new 2023 team to take advantage of the transfer portal, gaining experienced athletes from SCSU, Bridgeport and Brockport. Each athlete brings her own wealth of knowledge and leadership to the table to help form the foundation of the program.

What can we expect from Morgan Price?

Former five-star Price gets all the press due to her previous commitment to an SEC school and subsequent decision to join the first HBCU’s roster. Beyond that, she’s worth the hype. She has a 10.0 start value vault, plenty of power and lines for days. There’s a reason she’s won so many national titles and qualified to the Nastia Liukin Cup. However, let’s not forget that there was another DI change of commitment in this freshman class. Jordynn Cromartie, previously committed to Utah State, has a career high of 9.950 on floor. Watch for her to make some noise as well. If nothing else, we will be seeing these athletes on the national stage at some point in the next four years.

Greenville University, in Illinois, was the first new team to announce its 2023 season in October 2021. Check out the Panthers’ first meet Jan. 7 at Ohio State to see this jack-of-all-trades team hit the mat.

How It Looks Now: While the number of huge start values will be limited, there’s enough building blocks to this lineup to get the job done. Watch for Yurchenko fulls from Miller and Nelson.

Trending up, down or too early to tell? Too early to tell for this young team. Greenville will need to finesse landings to really throw up big scores here.

How It Looks Now: Not every counting routine is likely to be up to level, but expect strong routines from Carter and Heubach.

Trending up, down or too early to tell? Bars will prove to be the biggest hurdle for this team, but with some time and well-constructed routines, it’ll all work out.

How It Looks Now: Depth on this event is going to be the biggest struggle.

Trending up, down or too early to tell? Beam may not have some big scores in the first few meets, with a young team there’s bound to be nerves, but it’ll eventually smooth out.

Trending up, down or too early to tell? Greenville is in a great place to make a splash on floor. Big skills, strong routines, all that’s left is to finesse some form to really score big.

Will Greenville want to rely on all-arounders or specialists?

With the size of Greenville’s roster, the team is likely to depend on multi-event athletes. There’s less wiggle room for a one-event athlete with only 13 members. On the bright side, that also means more competitive experience early. Athletes like Nelson are likely to contend for an all-around spot while Madison Carter is more likely to shine on bars due to skill set and returning from knee surgery.

What are the advantages Greenville has as a new team?

Greenville recruited well-rounded athletes who will likely be able to slide into any event when called upon. This is a great foundation to build a program upon. Considering the amount of competitive experience each of the athletes is bound to gain this year, things will only get better.

How should Greenville expect to do in its first year?

The first year of any team is going to be filled with nerves and excitement. On one hand, there’s nothing to prove, so there aren’t yet marked expectations. On the other hand, there’s pressure not to flop. A successful first season would be building the team score each week and finding the fun in breaking new records with each outing.

A team of notable rookies, Simpson announced the addition of the program just over a year ago.

How It Looks Now: Simpson may not have the 10.0 vaults to get the season rolling, but with a few Yurchenko fulls, including a dynamic one from Ingram and hopefully Tolbert’s full, will give Simpson a nice place to start.

Trending up, down or too early to tell? Simpson may not put up big scores right away, but with some time and practice, it’ll smooth out.

How It Looks Now: Poolaw’s form will be a highlight of this lineup. Brown has been working on Jaegers this preseason, so hopefully that’ll materialize come season. The more big release moves, the better, including Radmer’s straddle Jaeger.

Trending up, down or too early to tell? Bars is a tricky event when it comes to recruiting, and with a new program, this may prove to be tricky for Simposon this year.

How It Looks Now: While having a strong beam team from the start is a rarity, Simpson might just have the recipe to make that happen. Athletes like Tolbert and Ingram bring a calm confidence to the event. There are some tricky series connections that will need to kept an eye on throughout the season, however.

Trending up, down or too early to tell? No event shows nerves quite like beam, but there are several natural beam workers so Simpson should be able to progress quickly here.

How It Looks Now: Likely to be one of the Storm’s best events, floor brings the power and dance quality needed to score well on the collegiate scene. The depth of capable athletes on this event is also nice to see. Keep an eye out for Bella Dix’s front double full on floor

Trending up, down or too early to tell? With several big tumblers on the team, Simpson’s score should only build as the season goes on.

What will pose the biggest hurdle for Simpson?

No one on the team has any collegiate experience, so there’s no one to look to to lead the team through this first season, but it’ll really bring the team together. The biggest hurdle will be mental more than anything, acclimating to the newness of collegiate gymnastics and putting all the pieces together. But sometimes all that excitement can really boost the adrenaline and make magic happen.

What is the team’s biggest strength?

This is a diverse group of gymnasts with varying skills, backgrounds and routines. The program at Simpson won’t show the same routines time after time, so it’ll be an exciting team to follow while it grows and adds upgrades well suited for each gymnast.

Could Simpson see any transfers in the next few seasons?

With so many gymnasts shuffling around, taking an extra year or looking for new opportunities, the Simpson program could be a draw for a gymnast looking to make an impact with a new squad.

READ THIS NEXT: Potential Lineups: WIAC 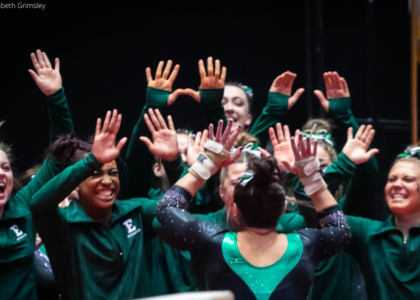