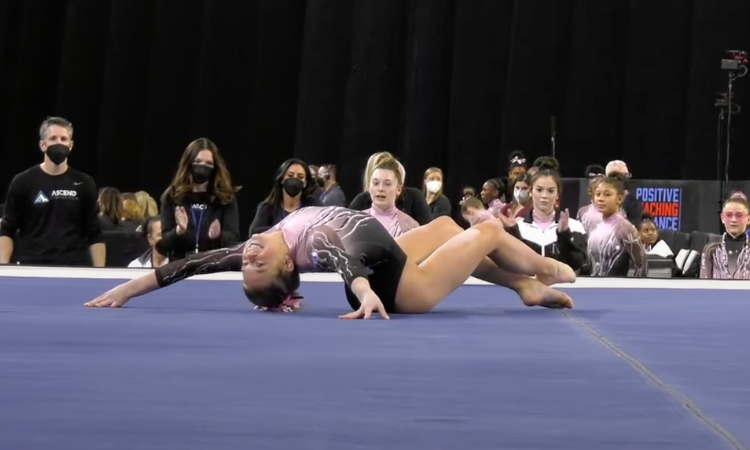 Avery Neff, College Gym News’ top-rated recruit in the class of 2024, has announced her commitment to Utah for the 2025 season. Neff, who trains at Olympus in Utah, also visited Oklahoma, LSU, Florida and Alabama before committing to the Red Rocks on a full-ride scholarship.

Neff is an exceptional all-arounder who will be expected to contribute to every lineup from day one. The Red Rocks will make particularly good use of her Yurchenko 1.5 on vault, which won her a perfect 10.0 last year, and of her vast range of difficulty on bars and floor, where she boasts career highs of 9.900.

Neff began competing as a level 10 in January 2019 but started making a name for herself in 2021. Since then she’s been unstoppable, becoming a two-time Nastia Liukin Cup medalist and a national champion on bars, floor and in the all-around, as well as boasting six scores over 39 points—an impressive achievement in level 10.

She will join the Red Rocks in the fall of 2024 together with fellow five-star recruit Zoe Johnson.

READ THIS NEXT: Zoe Johnson Overcomes Injury to Win National Title and Commit to Utah