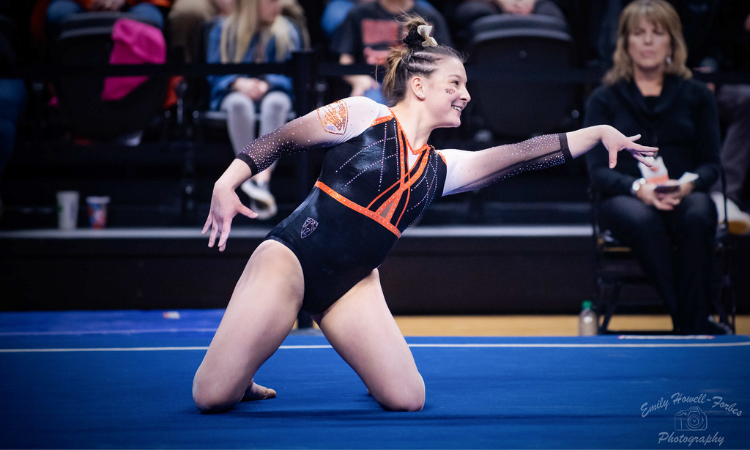 The start of a new season is always exciting, in part because previously injured athletes will make their triumphant return to competition. But after a year away, it can be easy to forget some of the former stars before they suffered an unfortunate setback. We highlighted a few below, including what trajectory their comeback is most likely to take.

Kelley is a senior at New Hampshire who missed the entirety of the 2022 season due to an Achilles tear during preseason. In 2021 Kelley contributed on three events for the Wildcats and was the top scorer on both beam and floor. Her high scores were greatly missed this past season, as New Hampshire finished with its lowest ranking in more than 20 years. Her experience and scoring ability will be a welcomed re-addition, especially on floor where she’s already been seen tumbling in preseason training.

Negrete has a very similar story to Kelley. Before the start of the 2022 season, current N.C. State senior Negrete tore her Achilles. In 2021 she was a contributor on vault, beam and floor and was the top scorer on the latter two. She is already tumbling on floor again and is poised to make an impact in all three lineups in 2023. For a team that is looking to leave the EAGL with a bang, Negrete’s contributions will be essential.

Taking what she thought would be her final bow in 2022, Brown suffered her second Achilles tear of her NCAA career four meets into the season. It was only the beginning of Denver’s lineup woes, as her scores became hard to match. An all-around competitor, her return and what difficulty she can bring post-injury will likely set the tone for how Denver will perform this year. We’ve only seen training clips on bars so far this preseason, but Denver appears to be pacing her so as not to stress her newly repaired Achilles any further.

During the 2022 preseason Bauman looked ready to be a major contributor for the Wolverines. Unfortunately, she tore her Achilles, which ended her season before it even started. In 2021 Bauman was a fixture in the beam lineup and contributed on both bars and floor during the postseason. Although Michigan had a disappointing end to 2022, the regular season was very strong. The one place where Michigan struggled to some extent was on beam, and having Bauman back in 2023 will be a great boost to a lineup that was shaky at times.

A staple on bars and floor for Michigan’s 2021 national championship team, Koulos was one that was expected to be a much needed specialist on a team that competed mostly all-arounders. A wrist injury during the fall delayed her training, and though she was mostly healthy by season’s end, Koulos was on the outside looking in. Michigan will benefit from her consistency on her bars skills and her artistry on floor to boost a team that will be on the hunt for another title in the Big Ten and at the national championships.

After a stellar freshman year that culminated in an appearance at the national championships on beam, all eyes were on Bunn to lead the Wildcats in their quest up the SEC ranks the following season. Unfortunately, a knee injury sidelined Bunn after just four meets in 2022. The Wildcats have been on the rise in previous years, and Bunn will be expected to pick up where she left off. Her bars will be welcomed back into Kentucky’s lineup especially; she was averaging 9.825 prior to her injury.

After competing only one bar routine in 2022 and going through lots of turmoil in Westwood, Frazier surprised everyone by announcing she would be taking her COVID year with the Bruins following the departure of head coach Chris Waller. UCLA will immediately benefit from her leadership in and out of the gym, her performance and tumbling on floor and her execution on all four events as UCLA says farewell to the Pac-12 and hello to the Big Ten in the next few seasons.

Poised to be a staple for the Tar Heels in 2022, Thompson unfortunately was only able to contribute two routines before suffering a season-ending knee injury on the second. Now training again, she’ll be looking to contribute on vault, bars and beam—three events on which she competed almost every meet during her 2021 campaign.

Initially a leg-event powerhouse for the Beavers, Peterson was not able to compete in 2022. When she returns this winter, her consistency and ability to compete as a mid-season all-arounder will benefit the team greatly. She boasts season highs from 2022 at or over 9.900 on vault, beam and floor and has a current hit rate of 53 for 56—stats that will make lineup questions substantially easier to answer come January.

Limited to beam for her freshman season in 2022, Tokyo Olympic alternate and 2019 Pan American beam champion Eaker spent the season recovering from an ankle injury suffered in week one. Now seen training bars, she’s pushing to join more lineups for the Red Rocks in 2023. Last season she scored a 10.000 on beam (with a 9.900 average) and put up a 9.800 in her single floor showing.

Lazzari was a standout during her freshman year at Florida, especially on beam, where she scored above 9.900 nine times and tallied a career high 9.975 against Auburn. Lazzari also competed all-around in eight meets during her freshman effort, including both days of the 2021 national championships. She was sidelined early in the 2022 season after suffering an Achilles injury during floor warm-ups against Alabama. Assuming she is back to full strength, she could really fit into any of the Gators’ incredibly deep lineups.

READ THIS NEXT: Teams That Will Look Virtually Unrecognizable in 2023 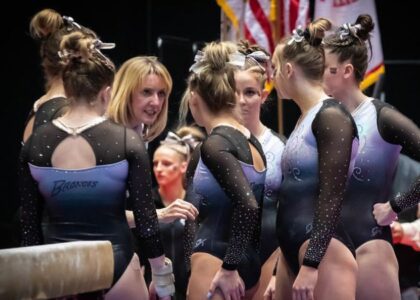