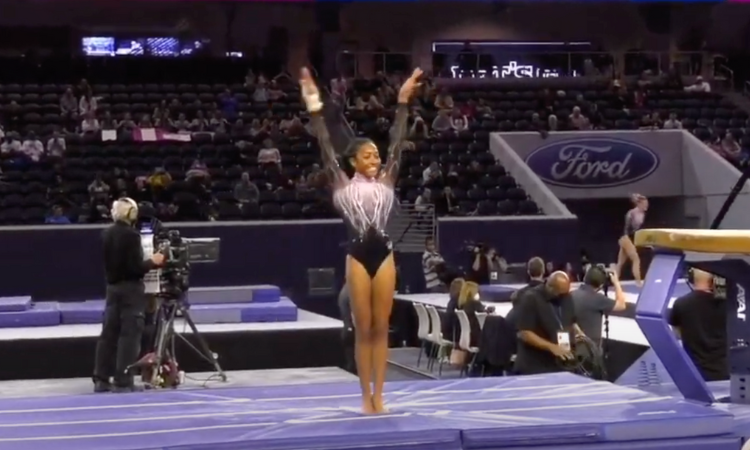 The most anticipated series is back! We looked at the data for each incoming level 10 freshman on each event to see which gymnasts are at the top of their class across the apparatuses and in the all-around. This week we’re looking at the top 10 vaults for 2023.

If you’re wondering where elites like Kayla DiCello are, don’t worry! We’ll be reprising our most anticipated elite freshmen series later in the summer.

LSU will have multiple Yurchenko double full options when Wilson joins the Tigers this fall; if she can continue to control the landing, she should join Kiya Johnson and Haleigh Bryant in the back half of the lineup early in her career. Even if the double doesn’t pan out, she also has a very realistic full-twisting option.

Iowa loses three consistent vaulters from last year’s lineups, so it will look to freshmen to help rebuild. Muñoz has been competing both a Yurchenko one a half and a Yurchenko full throughout her level 10 career, either of which would immediately elevate the Hawkeyes’ vaulting prospects.

Middleton makes this list due to her consistency: In the last three seasons, her low on vault is a 9.700. While she only competed the event once in 2022, it also earned her a career high of 9.925.

Denver will look to its four-athlete freshman class to add needed depth this season, and Brusch’s vault is a great start. Her Yurchenko full is floaty and stickable, so it has high scoring potential despite not starting from a 10.0.

Michigan State was one of the hottest teams in 2022, finishing a remarkable ninth in the final standings. That upward trend will continue with powerhouse Nikki Smith in the Spartans’ lineups. Her Yurchenko one and a half is high and dynamic yet well-controlled.

Roberts’ one and a half is exceptionally clean in the air; if she can land it consistently in college, she should be a mainstay at the end of the Stanford lineup.

Recent video of Gladieux’s gymnastics is hard to find, but her Yurchenko full is high and floaty, with great body position throughout. She is also capable of a one and a half, which we hope to see in the Alabama lineup this winter.

Nguyen has been turning heads for years with her powerful vaulting, performing a Yurchenko double twist since 2017. Roberts and Nguyen together will transform the Stanford vault lineup in a positive way.

Siegfeldt could be considered an elite as well, but she had enough scores for this calculation so we’re counting her as a level 10 for the purposes of this list. Oklahoma is known for its lineup of clean Yurchenko one and a halves, and with this addition the rich will get richer.

It should be no surprise that the top-rated recruit of the class of 2022 finds herself in first place of this list as well. Her Yurchenko one and a half has been worthy of a college lineup since at least 2017, and UCLA will be thrilled to bring another solid 10.0 option into its vault lineup.

READ THIS NEXT: Underrated Recruits That Excel on Vault