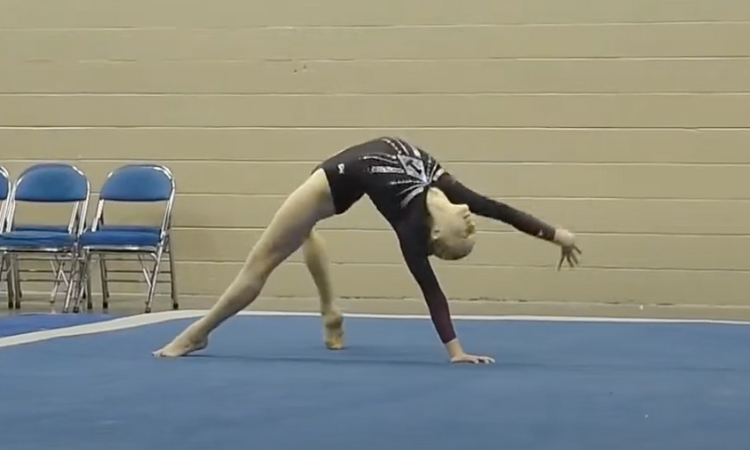 Due to the timing of our ratings, we don’t rerate gymnasts after their senior season in high school. While it’s something we hope we can do in the future, we just don’t have the bandwidth to squeeze in a third class to our evaluations between the end of the college season and June 15, the date when rising juniors can begin contacting coaches and verbally committing to their future schools. Plus, since the majority of recruits sign in November, it’s not as important to re-evaluate those that are already officially committed and signed.

However, a flaw with this is that some gymnasts have stellar senior seasons and aren’t rewarded for it in our current system. But we didn’t want to ignore their improvements completely. In this article we’re highlighting those gymnasts that may have been unrated or underrated previously but likely would have moved up to four or five stars if they were to be rerated now.

Why She Would Have Moved up: Brown was already a touted four-star, but her massive 9.925 on bars at regionals and career-high 39.325 at the same meet showed a marked improvement in her scores overall for the year. Brown would have likely been in five-star territory had we rerated her class, and she will walk into Haas Pavilion ready to leave her mark.

Why She Would Have Moved up: Iowa signee Masella missed the second half of the 2022 season, but she put up all-around scores consistently in the 38s until her last competition in March. The Tampa Bay Turners fourth-year level 10 nabbed career bests on each event and likely would’ve moved up in the ratings.

Why She Would Have Moved up: Making major progress across all four events, Zsarmani had one of the biggest glow-ups of this past level 10 season. Her progress on vault especially helped her make the largest jump in score points in the 2023 class and would certainly warrant stars should she be rated today. Nonetheless, Zsarmani finished off her spectacular season with runner-up finishes on bars, beam and in the all-around at nationals last month to cement herself as a recruiting steal for the Spartans.

Why She Would Have Moved up: Trinidad’s debut at level 10 nationals this year was a great rebound from a 2021 season spent largely on the sidelines. She showcased the improvements she made with career highs on vault, bars and floor throughout the year, as well as a new all-around best to spark her journey to nationals. With a big bump in score points, Trinidad would likely have been in star-rating territory this year.

Why She Would Have Moved up: The first of several Ivy recruits on this list, Rosen set a career-high 37.675 at regionals and showed vast improvement on bars, where she bested her career high by four and a half tenths. She gained ground on beam and floor as well.

Why She Would Have Moved up: After six full level 10 seasons, Rankin qualified to nationals for the first time in 2022 after hitting her stride on beam for a career-topping 9.525. Nearly all of Rankin’s best level 10 scores came in 2022, and the Flashes will be thrilled to have her in January.

Why She Would Have Moved up: Yale commit Sabatini is a vault and floor powerhouse who made strides on bars and beam in 2022, setting new career highs on both. The improvement was enough for Sabatini to notch her first 38 all-around score at the Parkettes invitational.

Why She Would Have Moved up: Brueck showed consistent improvement in 2022, setting personal bests on each event. She capped off her senior campaign by qualifying to her first level 10 nationals and finishing in the top 10 on vault, bars, floor and in the all-around.

Why She Would Have Moved up: Hunsaker drastically improved her consistency this season. She notched three all-around scores of at least 38, blowing her previous all-around high of 36.025 out of the water. The BYU commit didn’t score below a 36.925 this season and capped off her level 10 career with a near-38 at her first nationals.

Why She Would Have Moved up: Lin hit her stride in 2022, earning 37.400 or better in every meet she competed all four events in this season after only breaking into the 37s once previously. Lin’s newfound consistency culminated in her first berth to nationals where she earned a career high 37.775 in the all-around.

Why She Would Have Moved up: A first-time level 10 nationals qualifier in 2022, Gregory excels on the leg events. The Ohio State commit posted a personal best 9.975 with her Yurchenko one and a half this season and also added a double layout on floor.

Article by Emily Minehart based on data compiled by Jenna King