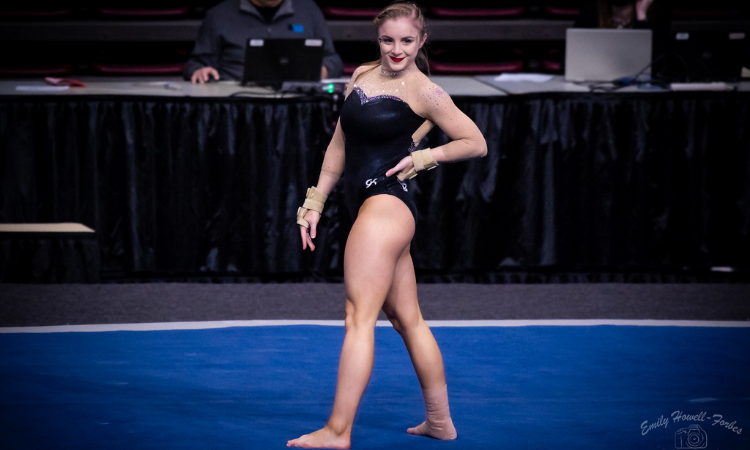 The NCAA championships selection show always brings drama and intrigue. Whether it’s a team ranked in the top 28 being assigned to round one or a highly ranked individual specialist being assigned to a regional where it will be almost impossible to advance to nationals, there are always a handful of winners and losers on the day. We’re diving into those teams and individuals, why they lucked out or didn’t and what needs to happen for them to be gymnastics’ Cinderella story in 2022.

The selection committee inexplicably assigned one of the individual qualifier spots on vault to North Carolina’s Lali Dekanoidze, who recently underwent surgery after suffering a season-ending knee injury last month against West Virginia. Additionally, because No. 28 Iowa State has been assigned to the play-in round instead of No. 30 N.C. State, two of the Cyclones’ vaulters have been added to the list of qualifiers, bumping Henry further down the list.

Every top all-arounder on a team unlikely to make nationals must have shuddered at the thought of landing in a regional with Jade Carey, and Bryant and Schulte drew the short straws. Carey’s only total under 39.700 was in her first meet, and it was still a 39.650. Both Bryant and Schulte have topped out at 39.675. It’ll take a mistake from Carey or an Oregon State upset that takes her out of the individual equation to open the door.

Floor is always an ultra-competitive event for individuals, and 2022 is no different. Guerin, unlike floor standouts at other regionals, has to contend with UCLA. LSU and Michigan are the likely teams to advance from Raleigh, leaving Guerin to face Chae Campbell, Jordan Chiles, Norah Flatley, Emma Malabuyo and Pauline Tratz, all of whom have scored 9.925 or better. Nevermind Missouri’s Amari Celestine, Jocelyn Moore, Alisa Sheremeta and Hannah McCrary who have all hit at least 9.950. And if one or both gets an upset over LSU or Michigan? Then we have to throw Kiya Johnson, Haleigh Bryant, Gabby Wilson, Sierra Brooks…the list goes on and on…into the mix. Raleigh is stacked. Guerin is ranked above most of her competition, but she might need that ever-elusive 10.0 to advance.

The Norman regional is absolutely stacked with bars talent. Assuming Minnesota and Oklahoma advance, Muhlenhaupt will have to contend with the entire Cal lineup—including reigning national champion Maya Bordas—Arkansas’ Maggie O’Hara, the excellent bars trio of Alissa Bonsall, Lauren Bridgens and Cassidy Rushlow from Penn State and Arizona’s Alysen Fears. Plus, if Cal is in over Minnesota, Lexy Ramler and Ona Loper are added to the mix. While Muhlenhaupt is the most consistently excellent of the crowded field, any number of gymnasts could go 9.950-plus on the day. It’ll be a fierce competition.

As strong as the Norman regional is on bars, it lacks on vault, giving this Redbird duo a realistic shot at nationals. Vault difficulty isn’t a strength of this regional outside of likely team qualifiers Oklahoma and Minnesota, leaving the door wide open for the Yurchenko one and a halves Illinois State is bringing to the table. Angelica Labat, an NCAA qualifier last season, also has the experience to boot. Similarly, Ball State’s Suki Pfister has scored as high as 9.950 this season on her front handspring pike half. She’s a challenger as well with a stuck landing.

Titarsolej was lucky enough to avoid the bars specialist battle in Norman, where a rash of the nation’s best bar workers will go grip to grip. Titarsolej does have to contend with Suni Lee, but lucky for her, Auburn will likely punch its ticket as a team, taking Lee out of the individual equation. Raena Worley provides big competition, but she’s the most likely all-around competitor to advance out of Auburn, leaving the bars slot open and Titarsolej’s to lose.

New Hampshires’ star beamers found themselves in a regional where their biggest competition to advance is each other. Certainly Denver’s Momoko Iwai and Rylie Mundell and Kentucky’s Josie Angeny and Shealyn Luksik might have something to say about that, but Lui and Worthington have been excellent all season and notched 9.975s, a number only Mundell has reached. Plus, Mundell and Raena Worley will likely be battling for the individual all-around spot, almost certainly taking one of them out of the beam equation. Ohio State and Southern Utah each have strong beamers, but they haven’t seen near-perfection. It’s a tight field to be sure, but given the number of 10s and 9.975s thrown on the event this year, Lui and Worthington are lucky to find themselves competing against almost none of them.