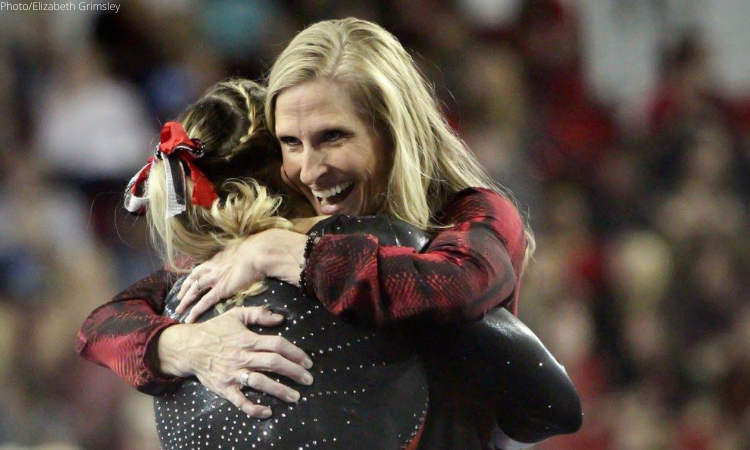 Those final few regionals spots are always tightly contested, often leaving it until the final weekend to determine who heads to regionals and who heads home until January. Will this year finally be the Tar Heels time? Maybe former 5-star recruit Skyla Schulte will bring Michigan State into the spotlight. Or perhaps the time is nigh for USB’s Rutgers rebuild to finally pay off? Or will it be another team entirely?

Which Non-Regionals Standby Will Make the Top 36 in 2022?

Elizabeth: This is another hard prediction to choose just one answer for because there are a couple I can see finally breaking through in 2022, namely North Carolina and Michigan State. However, I’m going to go with North Carolina due to a couple factors. Not only are the Tar Heels led by Danna Durante now, but they have former 5-star recruit Lali Dekanoidze finally on the roster. North Carolina is always so close yet so far from taking the next step in the postseason, and I think tht combo will finally get it there.

Carolyn: Jen Llewellyn’s ability to turn Lindenwood into a winning program from the ground up is unbelievable, and with Washington’s recent decline in program success, I think she will be able to do that again in her first year with the program. Therefore, the first step in that is boosting UW back into the top 36.

Emily M: I am going with Michigan State. The Spartans looked so good in their two outings last year, and they added one of the top under-the-radar freshmen in Skyla Schulte this year.

Brandis: The downfall of the Huskies was relatively quick, but with a new coaching staff, key COVID year returnees and Skylar Killough-Wilhelm ready for a breakout year, Washington should have a quick turnaround and easily make the top 36 this season.

Allison: I’m definitely leaning toward New Hampshire. I’m always surprised when I don’t see it make an appearance because it is a fairly solid team.

Rebecca: I have to defend my alma mater, Washington, here: A team that’s missed regionals just twice in the last two decades IS a regionals standby, even if last year was one of those two misses. Like Elizabeth and Emily, I think both North Carolina and Michigan State will make regionals this year, but I’ll take the Tar Heels for this question just because Michigan State’s renaissance is really a 2021 story that was just postponed by COVID.

Ryan: I’m so excited to see what North Carolina does this season. I think the Tar Heels will qualify for regionals and could be a staple there for years to come.

Talitha: North Carolina! I have a lot of faith in Danna Durante and Lali Dekanoidze. Let’s hope for a roaring year!