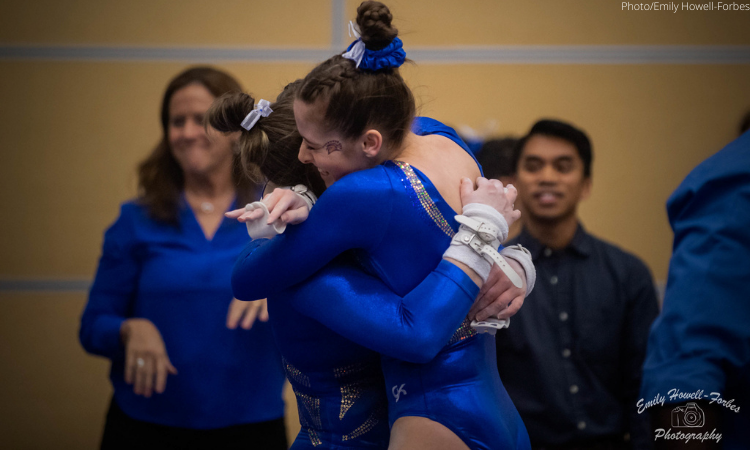 We’re a couple weeks removed from the 2021 season now, which means we’re far enough removed to have a clear perspective on everything that went down. It was a wild season to be sure, with the pandemic rearing its head on multiple occasions, causing starts, stops and disruptions all around.

In a similar vein as our regional draw winners and losers, we’re taking a look at the overall winners and losers from the 2021 season. Who made the most of the uncertainty and who stumbled, sometimes multiple times, along the way?

Florida and Nebraska were both hit hard by COVID in different ways: Nebraska had two key opt outs while Florida suffered a swath of safety protocol issues. The Huskers struggled mightily this year without Sarah Hargrove and Megan Verceles Carr while Florida managed to mine its depth, putting up every gymnast training a given event in some cases, to successfully plow through the meets—and still come out on top—without key gymnasts.

Both teams had rough starts to the season with Oregon State scoring a 191.950 in its first meet due to a bars meltdown and Washington scoring a 192.875. Instead of giving up, Oregon State completely reworked its bars lineup, replacing the inconsistent 10.0 starts with easier but cleaner routines, and was able to rank in the mid 20s, while Washington was never able to find its footing and missed regionals completely.

San Jose State and Stanford were equally affected by northern California’s strict COVID regulations, not starting their 2021 season until Feb. 27 when they faced off against each other in a dual at Stanford. And while both teams had similar obstacles in their way, one team fared much better than the other. Chalk it up to various additional circumstances, from COVID opt-outs to training capabilities and previous injuries, the Spartans managed twice as many competition routines to the Cardinal. Both teams came into their own by the last meet of the season, but it certainly wasn’t a smooth ride to get there.

If you look at recent postseason history, prior to 2021 you would’ve guessed that Florida would shine at nationals and Michigan would have a rough time. This year, the opposite happened. The Wolverines put up their best performance of the year to win their first title while the Gators uncharacteristically misstepped on the big stage.

The Wolf Pack made a mockery of the committee’s decision to stick them in a play-in bracket, not only making it to the Athens regional final but also securing its best season ranking since 1999. We’re very interested to see if anything changes for 2022 because of the outcry this year.

Every team was affected by COVID this season in some way, but arguably no team suffered more than Michigan State, which was forced to cancel its season after just two meets “due to health and safety, and training concerns stemming from COVID-19.” Of course, the team’s health is always the first priority, but it’s still disappointing the Spartans’ season was over before it really began.

Missouri was able to overcome its depth issues and went on to have a strong performance at regionals. The team was able to reach its highest two scores in its last two competitions. Missouri had lost Kyra Burns and Helen Hu prior to the season start and three-event contributor Jena Swanson went down toward the end of season. Georgia was indicated to have more depth than recent years, but the program couldn’t perform up to its historically high standards. The Gymdogs suffered injuries and weren’t unable to overcome holes in their lineups.

READ THIS NEXT: CGN Roundtable: Looking Back at the 2021 Season