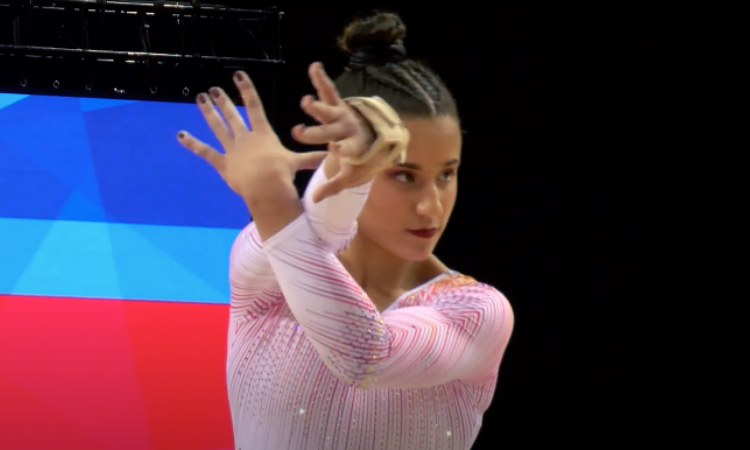 Vihrova competed at two world championships in 2018 and 2019, as well as three European championships in 2016, 2019 and 2020. In Mersin, Turkey, in 2020 she finished fifth on beam. She also participated at the Szombathely world cup in Hungary in 2020, where she won silver on beam.

In 2019, Morgan competed at the European championships in Szczecin, Poland, where she finished fifth in the all around, while Jakubczyk won a silver medal on bars at Szombathely world cup.

In Basel, they will compete against some of the best gymnasts in Europe. The Russian federation will send Olympic medalist Angelina Melnikova, as well as junior world champions Viktoriia Listunova, Vladislava Urazova and Elena Gerasimova, who will likely represent Russia at the Olympic Games this summer.

Olympic and world medalists Larisa Iordache of Romania and Giulia Steingruber of Switzerland will also continue their comeback campaign in Basel after struggling with injuries this quad, while Italy’s Vanessa Ferrari will compete in the all around internationally for the first time since the 2017 world championships.

Qualifications will be broadcasted on GYMTV.online, while the finals are on Eurovision Sports.

READ THIS NEXT: Future NCAA Gymnasts Impress at 2021 Winter Cup