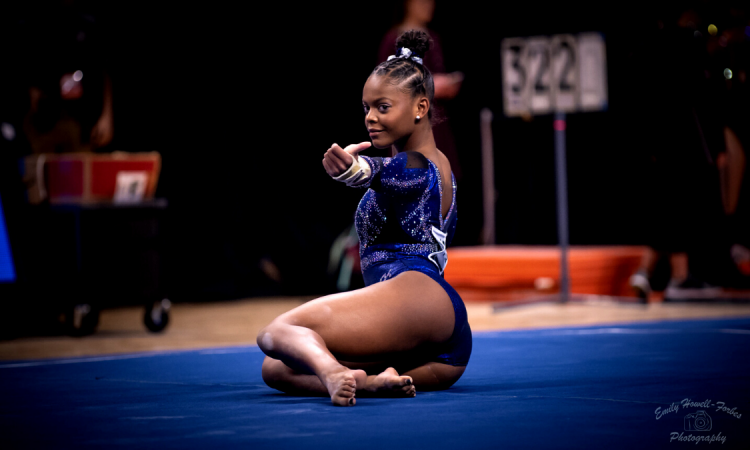 The NCAA announced last week that all winter sport athletes that plan to compete during the 2020-2021 season will receive an extra year of eligibility no matter how much of a season occurs. Immediately after the news dropped, we had a lot of questions. So we decided to discuss them here.

There’s a lot we don’t know about this policy. What questions do you have?

Elizabeth: I think we actually know a lot more than with some NCAA policies, but I still have questions. I’m mainly curious how coaches may change their recruiting strategies (if at all) to accommodate the new rule. Will they consider “saving” a one-year scholarship each year in case a standout senior wants to return? How will they decide who can come back for an extra year since those on scholarship have to be able to keep that scholarship if they return.

Talitha: I’d be interested to know whether seniors who wish to take advantage of this opportunity will be allowed to transfer. Some teams may not be interested in keeping a gymnast for an extra year, but she could be happy to finish her career elsewhere, especially if it were to happen in conjunction with a postgraduate degree.

Jenna: I’m wondering how the scholarship limits will change—for fall athletes, it’s already been announced that 2020-21 seniors returning for 2021-22 won’t count against the scholarship limits that year, but we haven’t gotten confirmation of the same for winter athletes. I’m also curious to see whether any more schools will say no to extending eligibility across the entire athletic department, as we saw from Wisconsin in the spring. Also, we’ve seen a lot of recruits graduate early in recent years to start in January—will this policy extend to those gymnasts who join their programs this coming January, or do they have to have already been enrolled prior to this announcement? Finally, I want to know if scholarship athletes will be allowed to return as walk-ons for their extra year or if the NCAA will require schools to maintain their scholarship status.

How do you think coaches will plan for this change?

Elizabeth: Ahh the exact question I had in the first prompt. I think most coaches won’t bother with extra eligibility at all because of all the complications: you need the money for an extra year on scholarship, you need space on your roster for that scholarship (after the first year)… In the rare cases we see a gymnast take an extra year, I think it’ll either be a contributing walk-on or a star that the team planned to have a one-year scholarship available for that year. But how do you decide the star gets it versus someone else? Coaches will have to be cut-throat and I’m not sure many will be or are even capable of it.

Talitha: I agree with Elizabeth that top-team coaches will probably not bother with the extra eligibility year. Take Florida and UCLA, for example: Their 2021-22 freshman classes are insane, that extra year is only going to be an unnecessary complication. It may be different for under-the-radar teams that happen to have a standout athlete, though: Minnesota, for one, may be very interested in keeping Lexy Ramler for an extra year if she’s interested.

Jenna: This is a tough one because we don’t know all the full details about scholarship requirements and limits (see my answer to the previous question). I can’t imagine being a coach and deciding between adding a new freshman or keeping a star all arounder on scholarship for an extra year. It’s not fair to the upcoming recruiting classes since the scholarship availability may be reduced for them, so I hope that they lean toward giving freshmen the scholarships over returners.

How many gymnasts do you think will take advantage of their extra eligibility?

Elizabeth: I touched on this above, but I think it’ll be rarely used just because it poses a whole lot of complications. This of course will depend on how much of a season we eventually get, but if things go on basically as planned with a championship and all, less gymnasts will feel unfulfilled enough to want to come back and compete another year.

Talitha: I could potentially see a few gymnasts taking advantage of this opportunity, especially those thinking of pursuing a Masters degree at the same university or who are happy to finish their gymnastics career elsewhere, if they’re allowed to transfer. Also, I assume that the extra eligibility is open to everyone, not just to the gymnasts on scholarship. Some athletes may decide to continue or complete their gymnastics career as walk-ons, which would take the burden of scholarships off the coaches’ shoulders. A notable walk-on, Gracie Kramer, seemed to suggest on Twitter that she would have taken advantage of the opportunity if she’d been given the chance.

Jenna: We already see a lot of athletes decide to take a fifth year when it’s available to them, so I think we will definitely see a good number, provided that the school gives them the option to do it. I think we’ll see it more from walk-on athletes than from scholarship athletes due to all the complications that the extra scholarships cause.

Which gymnasts would you love to see for five (or more) years?

Elizabeth: I mean obviously all the top gymnasts would be fantastic to see compete again, but I’m more interested in those that missed the redshirt cutoff one season by getting hurt too late, as well as the gymnasts on teams that are being cut. Maybe having an extra year will help make up just a little for your original team not existing anymore.

Talitha: I would love to see Jazmyn Foberg take that extra year, we’ve seen so little of her in college, and it pains my heart to think that she’s already a senior.

Jenna: The chaos-lover in me would love to see one or more of the sixth-year gymnasts—Katrina Coca, Mary Korlin-Downs, Nicki Shapiro and Lacy Dagen—come back for a seventh year, just because it’s unprecedented, and I love to see history being made. And part of me would love to see Florida use its projected open scholarship spot in 2022-23 to bring back Trinity Thomas for an extra year instead of adding to its already extremely talented 2022 recruiting class. But mostly I’d like to see some of the less heralded gymnasts who have had injury problems get the chance to shine for an extra year.