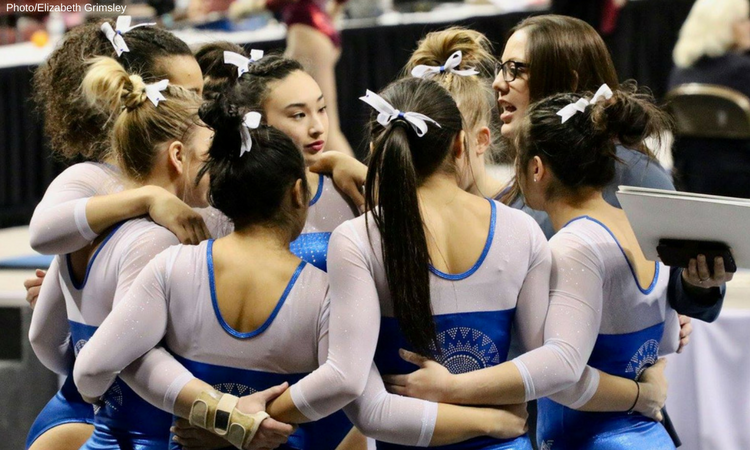 The San Jose Spartans lost their spot at the top of the MPSF last week after a bit of a beam crisis led them to a season low score. Against two higher-ranked opponents who set season highs in week five, the Spartans might not have much of an upset chance, but they do have a great opportunity to record a strong score alongside a strong set of peers.

Iowa State is led by a trio of upperclassman all arounders; seniors Haylee Young and Kelsey Paz and junior Meaghan Sievers contribute half of the team’s routines every week. Young is the most likely to produce 9.9s of the three, but a strong showing from that set can lead the team to a 196+.

Boise State has continued strongly from its breakout season in 2017, ranking 14th in the country. Expect all around stars Shani Remme and Courtney McGregor to lead the race to the title. With even an average performance the Broncos could likely put themselves out of reach of a hit day from ISU.

We're just getting started at San Jose State! We'll be starting on floor tonight! This is what the lineup looks like! #CyclONEnation pic.twitter.com/bbP2bSK8rK

Well guys I’ve been trying for about half an hour and I can’t get the stream to work… I got a still of Andrada moving a springboard and five seconds of audio of bars and that’s it. Here it is if you’re intrepid, but for today we’re going to call this liveblog off. Apologies! 🙁