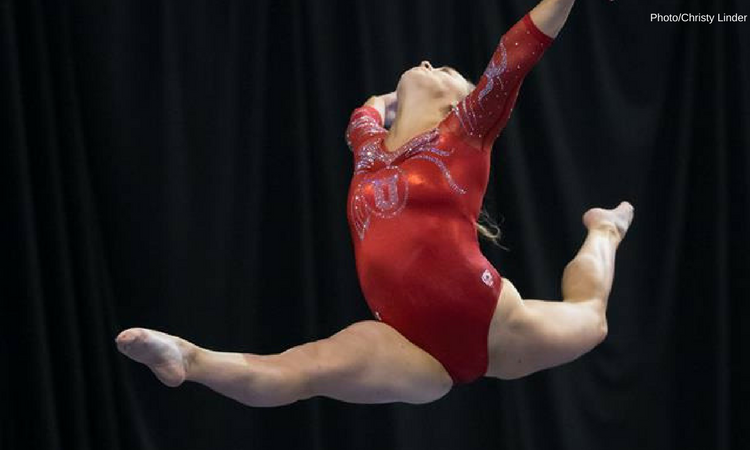 The Utah Utes start off their season with a bang as they host in-state rival the Brigham Young Cougars in the Huntsman Center! The Utes are coming off of a strong 2017 season in which they placed 5th in the Super Six. The Utes retain most of their routines, including Mykayla Skinner and Kari Lee, losing just Baely Rowe to graduation and Sabrina Schwab to medical retirement while gaining freshmen Alexia Burch and Sydney Soloski. Lauren Wong will be joining the team on January 11th after her graduation. Also watch for the comeback of Kim Tessen, whose freshman campaign was cut short due to injury. The Cougars look to build momentum after finishing their 2017 season at regionals where the team scored their highest score ever at regionals. Some Cougar gymnasts to watch for are former elite Helody Cyrenne, Mackenzie Douglas, and Haley Pitou. The Utes should come away with a fairly easy win in this matchup and look to improve their 95-2 record against BYU to 96-2. Let’s watch some gymnastics!

Jim Watson and Amanda Borden will do commentary for Pac-12 Network tonight.

Utah on vault, BYU on bars.

Tessen VT: y1.5; gorgeous, just does a toe raise/tiny hop on the landing; she missed most of her first year due to an achilles tear—great to have her back! 9.9

Skinner VT: DTY with just a small hop back; she’s such a fast twister! She’s improved quite a bit since her elite days. 9.875

Pitou UB: she’s known for her bars; just barely misses her straddled jaeger, what a shame; she’s a beautiful bars worker and was one of the top JO bar workers; finishes with a full twisting double tuck with a small hop. 9.000

Utah really brought the landings the second half of that vault rotation. I was a little skeptical at first with the hops but the Utes just got stronger. No true sticks, but for the first week of the season, it’s pretty impressive. The Cougars had some mistakes, however the upgraded difficulty on the dismounts was surprising and are a great addition to a lower-ranked team.

Utah on bars, BYU on vault.

Hortman-Evans VT: missed the vault but it must’ve been solid. 9.75

Reinstadtler UB: nice straddled jaeger; bail to hs is lovely; she has a gorgeous toe point; double back 1/1 with just a tiny hop. 9.875

Boden VT: just underrotates y tucked 1.5 and falls out of it. appears ok. 9.1

Wow. Impressed with Utah’s landings and handstands! You can tell Farden does a good job coaching them on bars. Better vault rotation for BYU, that’s more like where a team like them wants to be at.

Van Mierlo FX: she has the ESPN music lol; opens with a double tuck; front lay to rudi solid; switch side to straddle jump good; front lay to front layout 1/1, well controlled. That’s why she’s the leadoff. Nice and solid. 9.725

Anddddd my feed is buffering. Apologies if I miss something.

and Merrell-Giles BB: little check on full turn; flashes that U; stuck double full. ooh she had a nice triple series too. 9.875

Stover BB: front aerial to bhs–interesting that Utah hasn’t tried to upgrade these series with the new rule; secure full turn; nice leap series including a double stag jump; rock solid on the beam, she’s a beam queen; good front toss; another solid leap series; small slide back on gainer full. This is why she’s known for beam. 9.775

Reinstadtler BB: front aerial to split jump good; bhs to loso–she was off and had a check but good save to not wobble more; secure full turn; wobble on side somi and she came off; finishes well with gainer full. 9.275

Miner FX: big double layout to open; love seeing this difficulty from a team like BYU; this is a really spunky routine—love it! nice leap series; back 1.5 to layout well controlled. she apparently has 3 USA songs in her music. 9.75

Skinner BB: bhs to loso solid but some knees; side aerial to sissone is good; full L turn to another turn; switch leap to straddle to back tuck–that’s a new combo for her; double tuck, just a small step back. 9.9

Really impressed with the BYU floor routines. They’ve got some nice choreo and are really stepping up the E-pass game! It’ll be interesting to see how they improve throughout the year! Utah also looked good on beam, though I’m pretty sure both Stover and McNatt lost bonus from their series due to the new rules. It’s interesting that a team like Utah wouldn’t try to generate a better series–or even add a loso to the end of it. A few nerves here and there, but the Utes avoided counting a fall. One rotation to go!

Roberts FX: Shape of You starts her floor music; double pike to open, holds on to control landing; front lay to 1.5 a little short but she covers it up; switch side to wolf full, good; fun music; good to see their choreo is still good after losing Paulicivic; little short on last pass but pulls it around. 9.8

Reinstadtler FX: different style of music and choreo; more elegant but picks up after her double tuck first pass which was solid; nice splits on leap series; combo pass, nice landing; she’s so elegant and pretty; finishes with a good double pike. 9.9

Soloski FX: another Canadian in NCAA; opens with a big double layout; good splits on leap; double twist with a good landing; some exotic music here; 1.5 to layout, good. Nice debut for the freshman! 9.85

Merrell-Giles FX: piked full in to open, nice landing; nice extension on her leaps; 1.5 to layout to pike, good on the landing; love the clapping choreo to the U; 1.5 to straddle jump–so powerful that that jump went HIGH. 9.925

Skinner FX: and the crowd goes crazy, they know what they’re about to see; L hop full; tucked double double like it’s no big deal and good landing; new routine–she kept her elite routine last season–Borden says it’s more mature; middle pass is good; full twisting double back to close, she has so much power that she goes OOB. 9.8

Some nice new floor routines for Utah. Impressed with their endurance to start the year! If this is January, imagine later in the season. Hopefully they don’t peak too early. BYU hit 6 for 6 on beam which is great for them! Just dropping Hortman-Evans’ score with the missed connection. Hopefully that continues. It definitely appears that beam and floor are their stronger events.

As expected, Utah pulled out the win. The Utes also become the first team of the year to hit 197. They came out strong today and definitely showed what they are capable! Although the Cougars have some things they would like to improve on, this was a solid start to the year for a team like them as well. This is a good base score for them and it will be exciting to see how they improve throughout the year.

And that wraps things up for tonight! Check back for more NCAA gymnastics coverage and live blogs this weekend! 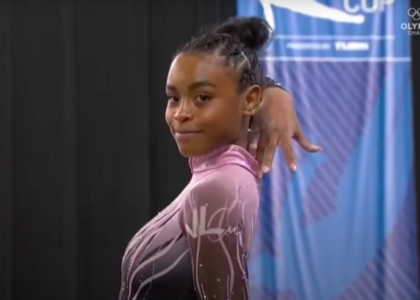