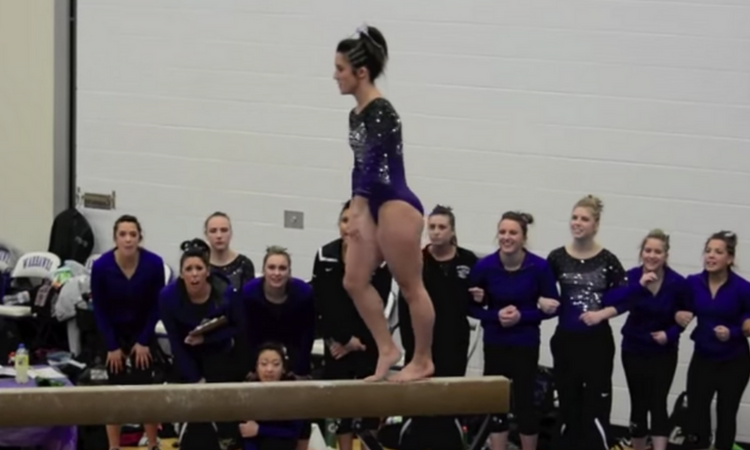 Whitewater won the NCGA national championship in 2017 with a score of 191.000. Additionally, it finished No. 66 in the country, the highest of any DIII team. The team will again be led by junior Lisa O’Donnell, the reigning NCGA vault and all around champion. The team will need to replace a strong senior class but will look to do so with an impressive freshman class. While predicting lineups in DIII can be difficult, previews can give you a good idea of what to look for from the Warhawks next season.

Note: All reported scores are taken from competition (not including exhibition) routines published on mymeetscores.com or roadtonationals.com.

Vault was a strong event for Whitewater last season, finishing the season ranked No. 69. In 2018, Whitewater will be lead by O’Donnell, who is the reigning champion on the event and has scored as high as 9.7 in college. Senior Chloe Rehberg also achieved a season high of 9.7 on the event. Lewa Evans was a regular contributor in the lineup, with a season RQS above 9.5, and will look to continue the trend in 2018. Other returning student athletes that have shown strong potential include Christina Slack (season high 9.55), Lauren Marshall (season high 9.5) and Katlyn Turek (season high 9.4). Incoming freshmen as well as transfer Erika Briscoe will also provide good depth for the team. Briscoe, Lauren Bottrell and Blaise Wilson both competed strong Yurchenko fulls, which add strong difficulty to the lineup. Wilson and Bottrell as high as 9.625 and 9.6, respectively, and Briscoe competed in elite qualifiers and notched a high of 13.25. This could be an incredible lineup full of difficulty for the Warhawks, so look for high scores on this event in 2018.

Bars was Whitewater’s best event in 2017, and while the lineup loses three regular contributors to graduation, the team will still be well off. O’Donnell leads the squad yet again, with an RQS above 9.7. Kate Mierow was also a regular contributor with an RQS nearing 9.6 and a season high of 9.725. Bailey Fitzpatrick also has an RQS near 9.5 and a season high of 9.675. Sarah Rhodes competed once for a score of 9.475 and Bottrell also shows potential on the event with a beautiful full-in dismount and a high score of 9.425 in J.O. Briscoe did not compete bars at the elite level but has shown viable skills in recent training videos. Wilson scored as high as 9.325 on the event in level 10, showing a powerful swing, big Tkatchev and double layout dismount. While the team loses strong routines from last season, there is plenty of talent remaining to field a bar lineup that will rival the best in DIII.

Whitewater finished the season ranked No. 69 on beam and third among DIII teams. The Warhawks lose three key routines to graduation but will again be lead by O’Donnell, who earned an RQS of 9.625 in 2017 and a season high of 9.7. Junior Franchesca Hutton also scored a season high of 9.7 last season and had an RQS above 9.6. Evans was a regular in the lineup, scoring as high as 9.45. Marshall also competed the event twice in 2017 with a high score of 9.3 while Bottrell shows potential, with a steady and difficult set in J.O. that scored as high as 9.5. Wilson scored as high as 9.425 in level 10 with a back handspring to back layout two-foot series, powerful front toss and a switch half. Briscoe is another beamer with a large repertoire of skills, including a switch half to back tuck combo and side aerial. The Warhawks will again look to replace several key routines but should have the depth to achieve great success in 2018.

The Warhawks finished the season ranked No. 69 on floor and were second among DIII teams. Like the other three pieces, O’Donnell will lead Whitewater, achieving an RQS above 9.75 last season and a high score of 9.8. Mierow is another dominant floor worker, finishing with a 9.670 RQS and season high of 9.75. Evans, Hutton and Acacia Fossum were all regular contributors with RQS scores of 9.54, 9.325 and 9.245, respectively. And Slack contributed twice for a high score of 9.4. Bottrell is a strong floor worker with a level 10 high score of 9.45 for a routine showcasing lots of twisting, including a beautiful back two and a half to stag. Wilson is a powerhouse, scoring as high as 9.475 for a routine that contains expressive dance and a powerful double pike. Briscoe is another strong potential floor worker, tallying a 12.55 in elite scoring. With plenty of returning routines, as well as strong newcomers, the Warhawks look poised to improve on floor next season.

Whitewater will again have a high ceiling in terms of potential for the 2018 season. As reigning NCGA national champions, the expectations be high but the team is poised to deliver. With several DI and DII teams on its schedule, Whitewater will look to challenge these teams in head-to-head competition. Look for all around star O’Donnell to continue raking in all around wins. 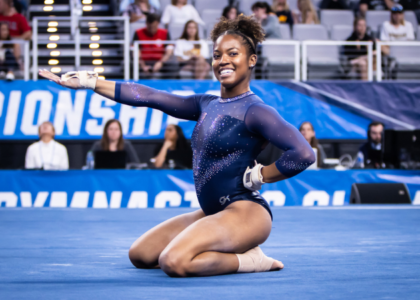 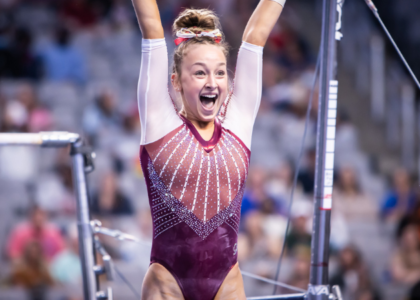