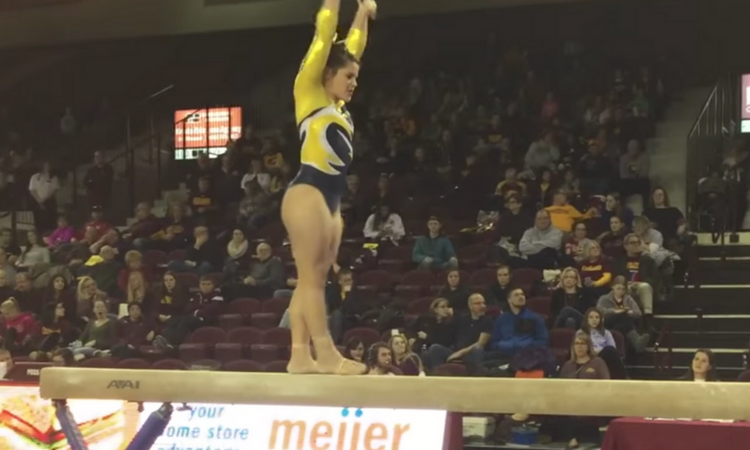 Eau Claire finished the 2017 season ranked No. 78 and fifth in the WIAC. The team scored its highest in the very first meet of the season, posting a 188.7. Additionally, the Blugolds qualified Erin Olson to NCGA nationals on floor where she earned first team All-American honors, finishing fourth. The team will lose six to graduation but have many strong incoming freshmen that should bolster the lineups. While predicting lineups in DIII can be difficult, previews can give you a good idea of what to look for from the Blugolds next season.

Vault was the weakest event for the Blugolds last season, finishing 81st. They will be lead by rising seniors Becca Wilcox and Tori Erickson who both scored 9.6 or better in 2017. Additionally, Kiya Bjorge and Lauralynn Anderson were frequently in the lineup and had RQS scores of 9.33 and 9.17, respectively. Other returning athletes likely to contribute include Clare Mascia (9.275 season high), Claire Lorbieki (9.25 season high) and Hannah Wendel (9.1 season high). In terms of freshmen, those with potential to make the top six are Ashley Benes, who competes a powerful handspring front that scored as high as 9.5 in level 9, Sydney Dame, who competed a Yurchenko layout for a 9.15 in level 10, and Nicole Delfino who competes a Tsuk tuck half that has scored as high as 9.325 in level 10. Vault should improve for the Blugolds next season as they have depth and difficulty from the freshmen, as well as a number of returning vaulters from the 2017 season.

Bars was Eau Claire’s best event in 2017, finishing at No. 75. Its lineup in 2018 will be lead by Megan Fayler, who scored a season high of 9.5 in 2017. Additionally, Hannah Lewis was consistently strong, recording a high of 9.45 on the event. Erickson and Anderson also both contributed on bars for scores as high as 9.5 and 9.375, respectively. Due to graduation, the Blugold bar lineup will see some fresh faces in 2018. Potential freshmen contributors include Dame, who shows a lovely set including a blind full to blind half to pak combo that should score well in NCAA, especially as she notched a career high of 9.225 during her J.O. career. Benes is another possibility with a hop to front giant half to bail handstand combo. The bar lineup for the Blugolds will have many fresh faces in 2018, but expect veterans to lead the way with consistency and continue to utilize the event as the team’s strength.

Eau Claire finished the 2017 season ranked No. 80 on beam, but with most of the lineup returning in 2018, expect the event to emerge as a strength. The team will be lead by Anderson who averaged above a 9.3 on the event. Additionally, Mascia, who had the team’s highest score in 2017 with a 9.75, returns. Erickson, Bjorge and Wendel will all be assets in 2018, as well, scoring as high as 9.65, 9.625 and 9.575, respectively. Senior Becca Wilcox will also look to contribute to the beam lineup, scoring as high as 9.4 in 2017. From the freshmen, Delfino had a career high of 9.525 in level 10. Dame (9.275) is quite steady on the event and showcases a back handspring to layout and side aerial, as well as a powerful front layout full dismount. With depth, experience and talent, beam is likely to be a strong event for Eau Claire in 2018.

Eau Claire was ranked 78th on floor in 2017. The team loses star competitor Olsen from its lineup but returns a contingent of strong floor workers. Tori Erickson leads the team in terms of highest scores, tallying a 9.8 last season. Of the returning athletes, Amelia Moorehouse leads the team in consistency, averaging a 9.377 on the event, and Bjorge scored as high as 9.575. Additional spots will need to be filled by returning athletes or freshmen. One likely contender to make the top six is Hannah Wendel, who competed floor for an 8.95 in 2016. Of the freshmen, Dame scored as high as 9.25 in club and has training video of a front layout to front rudi connection and one and a half to punch pike. Delfino has powerful, clean tumbling and has a one and a half punch pike as well as a double twist. With strong floor workers, the Blugolds are sure to excell the event again once again.

Eau Claire will be led by Erickson in 2018 and look to improve from last season with increased difficulty, especially on vault and beam. A key to success for Eau Claire in 2018 will be depth on bars and floor and capitalizing on its strength on bars. 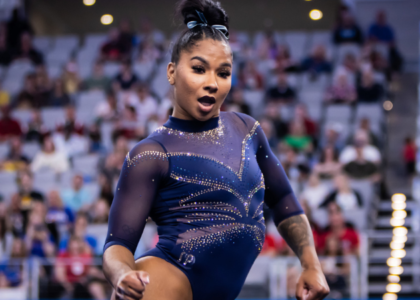