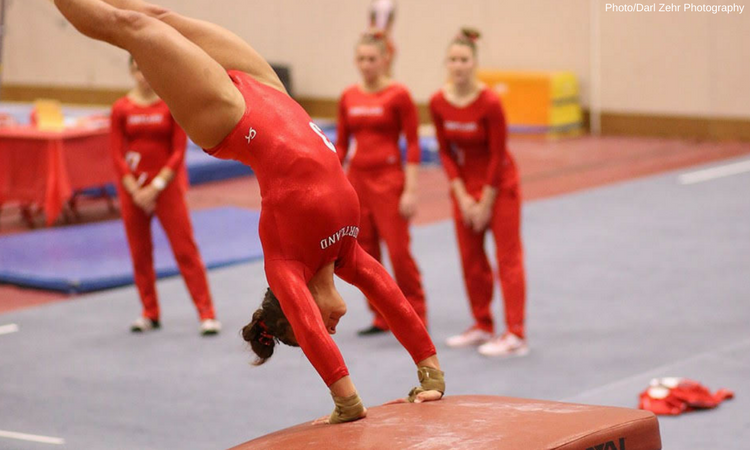 Cortland State finished the 2017 season ranked 74th, placing similarly to years prior. The team graduated three seniors last year and will look to its incoming freshman to replace and improve upon the results from the previous season. While predicting lineups in DIII can be difficult, previews can give you a good idea of what to look for from the Red Dragons next season.

Vault was Cortland’s best event last season, ranking 67th and scoring as high as 48.625. The Red Dragons will be led by two NCGA event final qualifiers with rising juniors Rachel Filipski and Lily Szafrariski finishing 20th and 21st on the event, respectively. Additionally, returners from last years lineup include Bailey Gildemeyer, McKenna Passalacqua and Sidney McConnell who all averaged above a 9.45 on the event. Cortland will need to replace graduated senior Michaela Stumpf but can potentially look to now sophomore Genna Orlick. The incoming freshman bring some strong vaults as well, with Bailey Brochu who has shown a Yurchenko tuck half with big height in training, Julie Giardina who has shown a nice Yurchenko layout full in training, Emma Schulz who showcases a unique Tsuk tuck full scoring as high as 9.35 in level 10 and Emily Speciale who has a training video of a full-on tuck off, which is a 10.0 start. Vault should again be the Red Dragons strongest event next season and will hopefully bring in big scores to boost their team averages.

Bars was the weakest event for Cortland last season, ranking 77th with a high score of 46.925. Additionally, the team will lose two regular lineup spots to graduation in Stumpf and Meghan Cobb. Leading next year’s squad should be McConnell, who won the event at the ECAC-III championship with a score of 9.75. Additional returners from the bar lineup include Arianna Turso, Filipski and Mia Dimartino who all had season highs above 9.3. Some freshmen that could potentially fill the spots left open by the graduating seniors include Speciale who competes a blind half to blind full to bail combo and Giardini who shows a pirouette to bail HS to toe up combination. Bars might again be Cortland’s weakest event, so maximizing each routine will be key.

Last season on beam, the Red Dragons had a season high of 47.7 and an average which was good enough to place 75th in the country. The lineup switched often with nine different gymnasts competing and returning high scorers include Gildemeyer (9.775 high), Passalacqua (9.675 high), Szafraiski (9.55 high) and Lindsay Riggs (9.55 high). Additionally, Dimartino and Abby Spector showed promise while competing last season. Some freshmen looking to make the top six include Giardino, who has a triple series of bhs bhs layout, Kiara Martin who scored a 9.6 in level 9 and has a nice switch leap switch leap back tuck combination and Schulz who scored a 9.45 in level 10. Beam should improve to a very strong event next year and could help the Red Dragons qualify to NCGA nationals.

Cortland scored as high as a 48.2 on floor as a team last season with all six regular contributors returning next season. Returning stars include include Passalaqua and Gildemeyer, who finished 21st and 19th in the floor final, respectively. Additionally, Filipski finished with a season RQS above 9.6 and should only continue to improve during the 2018 season. The other three regular contributors to the Red Dragon’s lineup, Turso (9.575 season high), Szafrariski (9.725 season high) and Dimartino (9.6 season high), all seem likely to keep their spots. However, many of the incoming freshman will look to challenge as well. Those likely challengers include Schulz who competes an effortless double tuck and rudi to straddle jump and Samantha Betz who already performs a college-ready routine with a double tuck, front layout to layout half to straddle jump and front layout to front full, potentially making floor quite a strong event for the Red Dragons in 2018. 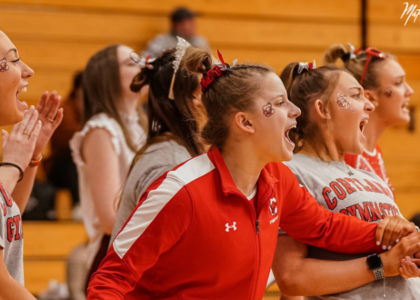 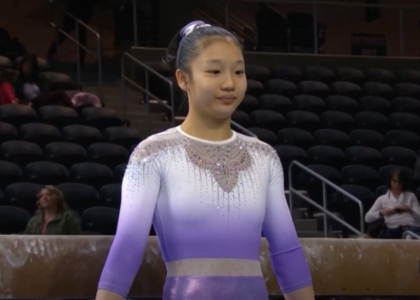