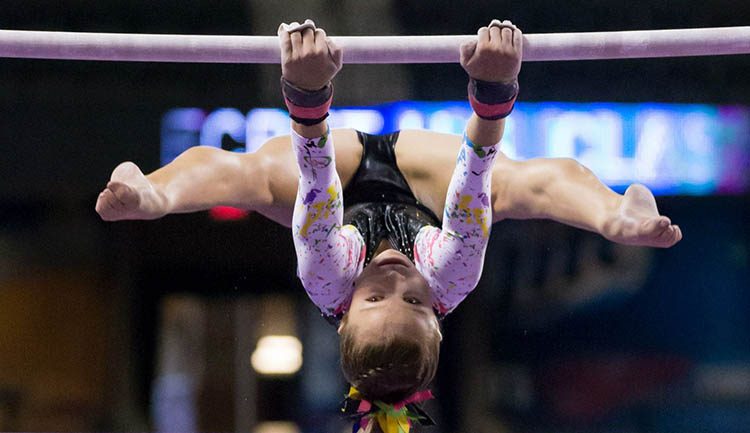 The U.S. Classic is only a week away, giving us a reprieve from the dull NCAA offseason. With a chance to see some of college’s future stars, we also decided to take a look at some skills we wish more former elites brought with them to college. TV, mini fridge, Comaneci salto, right?

Creative Turns
While Y turns, illusions and attitude spins are all fairly common in elite, we rarely see anything but simple full turns or the occasional L. Let’s get more creative with those spins, please.

Stalders
Yes, we know some gymnasts perform these but not nearly enough. Bar routines in college have gotten pretty compulsory these days, but with a whole code filled with skills that aren’t being done, let’s try and mix things up a little bit. Why not throw a stalder in front of your double tuck rather than the overused giant full?

Onodis
Basically just a skill we love to watch, we’d be totally fine seeing a not-exactly-fully-connected series with an onodi in it if it meant no more front aerial back handsprings.

Hop Full Bar Releases
While not exactly a popular skill in elite either, we’re suckers for a good hop full like in the good old Courtney Kupets days. Can Kupets’ sole mission at Georgia be teaching her bars lineup this skill?

Comaneci Saltos
Another relative rarity in elite and college, we love a good off the beaten path release move on bars. Why do a jaeger/gienger/tkatchev when you could learn a Comaneci. Because it’s so easy, right…?

Arabians
While we mainly mean more double arabians on floor. We wouldn’t complain if this also meant the occasional standing version on beam as well.

Beam Dismounts that Aren’t Gainer Fulls
This could be double tucks, twisting gainers off the end, front saltos or literally anything else that’s not a gainer full or back one and a half or double twist.

The Banishment of Squat Ons
We don’t mind squat ons all that much as long as they are fluid with the rest of the routine. However, very few are—and don’t get us started on roundy rounds a.k.a. you can make a squad on so you decided to swing around the bar like a monkey instead. Those that can’t, shouldn’t.

More Complex Tumbling
Elite gymnasts squeeze every ounce of potential out of their tumbling passes with combinations, connections and other various rebounding elements. Why not bring that to college? We know the requirements are quite low in NCAA and can be achieved with bare minimum passes, but that’s not exciting for fans. (And that’s all that matters, right?)

Literally Any Skill Peng Does
Need an example of elite skills we’d like to see in college gymnastics? Just go and watch Peng-Peng Lee’s routines, and you’ll get a good idea. 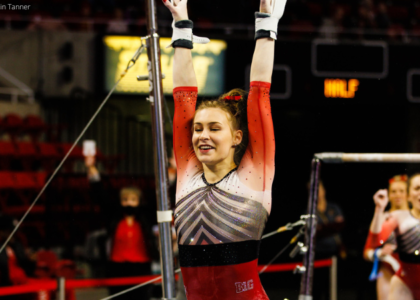