By Caroline Medley and Elizabeth Grimsley 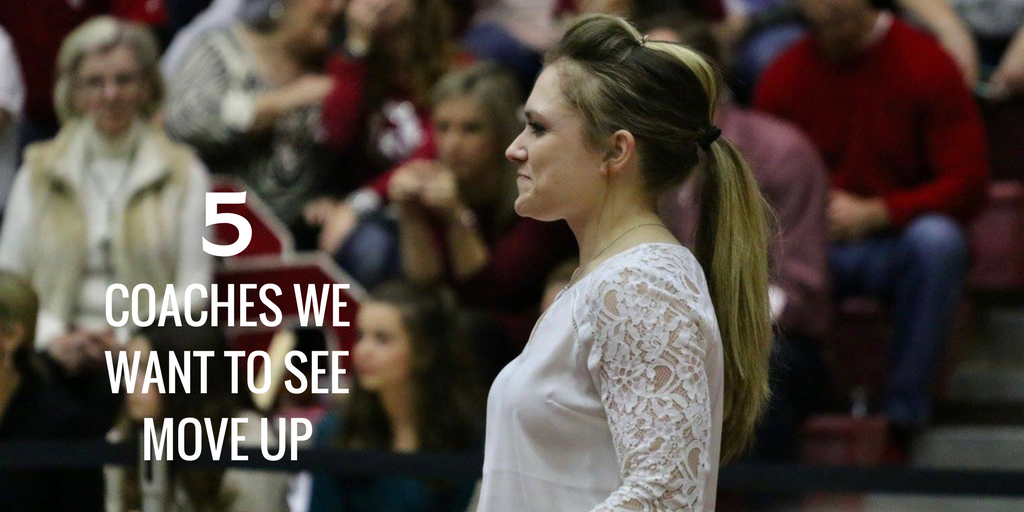 With so many coaching changes happening around the NCAA this season, many names have been in the conversation for getting an upgrade. These might be standout DII coaches or assistants that have proved their worth. But either way, they’re individuals we think could make a splash as a head coach at a bigger-name school.

Kessler has shined at Lindenwood from the moment she took over the program. Left in a bit of disarray after the original head coach left the new program, Kessler came in with little experience and not much help getting the Lions off the ground. But within two years of taking over as head coach, Kessler led the team to back-to-back national titles, program-record scores in the high 195s, individual national titles and marks above 9.9 on each event. While the legacy she’s building at Lindenwood is a great one, we’re ready to see what Kessler can do on an even bigger stage.

Salim-Beasley only just completed her second season as head coach of the Owls but broke basically every record there was to be broken during that time. In 2017, the 2017 team holds the top 10 scores in program history, sharing only one of those with a previous squad. She also led the team to its first score of 194.0 or above, achieved the highest RQS average in program history and posted the team’s highest-ever score at an ECAC Championship. But the records didn’t stop there as the group hit program and meet highs on many of the individual events, had the program’s first individual conference champion on bars in Alexa Phillip and defeated Pittsburgh in regular season competition for the first time since 1995. While we want to see Salim-Beasley continue the success at Temple for years to come, we also want to see her advance as a coach in the future as well.

UNC has been a program to watch for the last few years for a few key individuals, but this year, the Tar Heels really proved their mettle as a team. They also boasted the largest freshman class of the 2017 season at 11 gymnasts, with eight of them competing in the lineups regularly, proving that they have the quantity and the quality, and that the recruiting power at UNC is exceptionally strong. In addition, Smith has been instrumental in the development of many of the team’s top all arounders in recent years, including fan favorite Morgan Lane, and is responsible for all their floor choreography as well. She’s got a wealth of coaching experience across the country from UCLA to Florida, and while she’s been a great asset to head coach Galvin and UNC, we think it’s high time she got her own show to run.

While Garrett is actually the official coach in this situation, anywhere he goes will get the treat of some Courtney McCool choreography at the very least. Either way, the Griffeths have done wonders with the TWU program as of late, helping lead the Pioneers to their 10th national championship in program history in 2017 and besting programs records with a 196+ multiple times. The duo would be an asset to any school looking to elevate its program.

Penn State has had its problems over the last few years, but not every apple in the bunch has been rotten. Samantha Brown got knocked around in the shuffle of the Thompson issue, but she deserves a chance to shine of her own accord. A former U.S. national team member and Georgia gymnast, Brown has the pedigree and the experience to really push a team to give their best. She’s also been a Brevet judge for NCAA competition, giving her additional insight into exactly what to look for and how to get those coveted high scores. Since the coaching change, she’s a free agent, so we’re hoping one of the programs out there that’s still looking for a leader will scoop her up and help her move forward in her career.