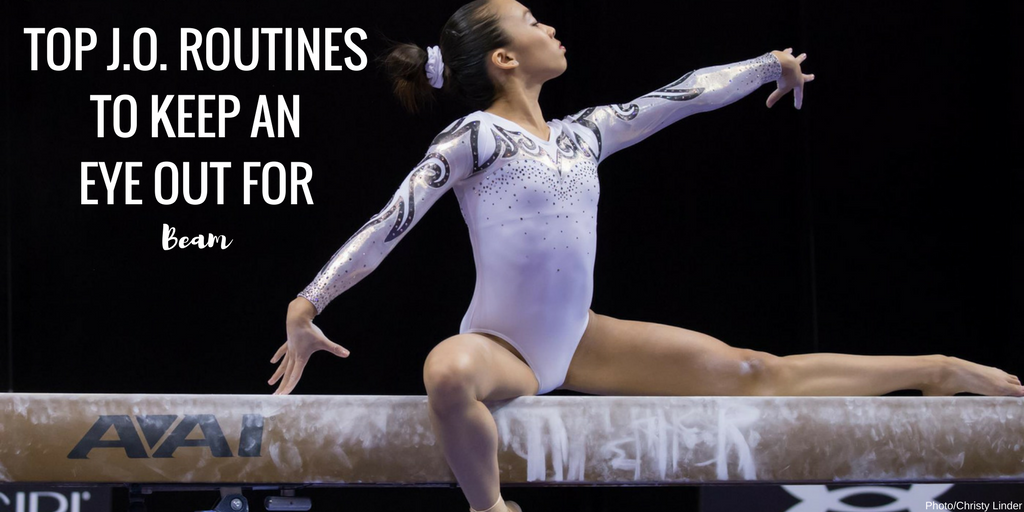 Today’s post is all about those rare gymnasts who have managed to perform consistently on beam. It is fairly common in both J.O. and NCAA competition for competitors to have several falls over the course of a season, which results in their overall average being pulled down. Gymnasts who have completed their level 10 season with an average of 9.4 or above have generally had fewer than two falls over the course of the season.

​Flam’s routine contains a lot of difficulty including and back handspring stepout to two footed layout and a double pike dismount. Being able to remain consistent with high difficulty bodes well for college.

​Klopfer has long, pretty lines that will make a nice addition to the depth of Alabama’s beam lineups. However, with the number of options the Crimson Tide has, what those lineups will actually look like remains to be seen.

​Roby’s beam work has a consistent rhythm and when combined with her lovely lines and toe point, it makes the routine a pleasure to watch.

​Farley’s routine looks like many in the NCAA that score well as it is structured similarly. It could slide right into a lineup as is. The most unique skill in her routine is a 1.5 turn.

​Dennis is similar to Klopfer in that she has a solid and consistent beam routine. But with the depth of UCLA’s lineups, it remains to be seen what the top six will look like next year.

​UIC’s lineup has been struggling to produce six usable beam scores, frequently having to count a fall. Baddeley’s routine will be a welcome addition with its clean leaps, acro skills and consistent hit percentage.

​Laird is a confident and consistent beam worker with lovely lines. Her mount of a front walkover from the springboard is quite unique and will be a crowd favorite at Arkansas.

​Ramler’s beam routine was the highest score at nationals for a reason. She has both difficulty and elegance, and it pays off in the scores that she receives.
Facebook0Tweet0Pin0 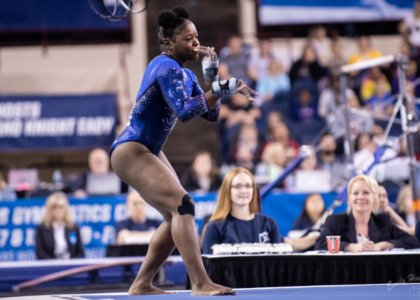