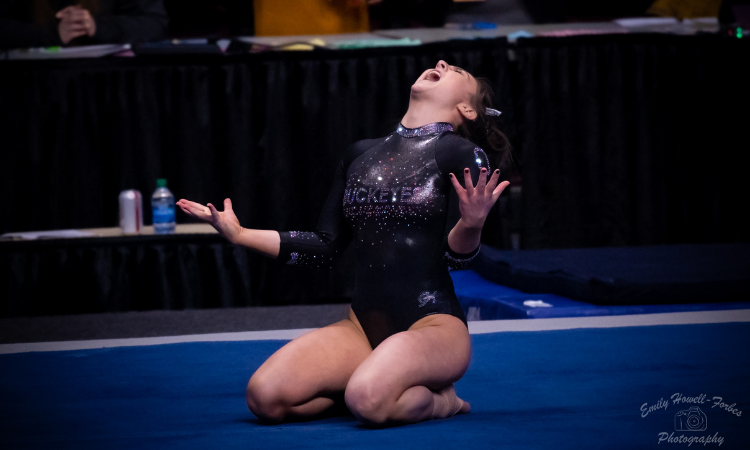 At around 4 p.m. ET on Thursday, I grabbed my phone during a slow period at work to check the CGN Slack channel for regionals updates. I gasped as I saw the words “A heartbreaking end to our 2021 team season, but the Temple Owls will be back.” As someone who has followed Temple’s historic season this year, the news that the team had to pull out due to COVID protocols left me shocked and heartbroken.

As I often do in these situations, I turned to Twitter to read messages of support for the team. While the overwhelming majority of messages were positive, there were a few people who had decided they already knew the whole situation and demanded that Temple pull Julianna Roland and Faith Leary from the individual competition Friday (Ariana Castrence had already pulled out).

First, the article never states that anyone on the team has tested positive for COVID. In fact, the wording seems to imply that the withdrawal was entirely due to contact tracing. Teams have strict protocols for both testing and contact tracing, so to assume that they decided to publicly break those protocols is unfair (and is even more ridiculous when you consider that they did pull one of the individuals from competing Friday). More than likely, they had enough people who were unable to compete that they were unable to field full lineups on all four events, making it pointless to not only compete Thursday for no reason but make Arizona do so as well.

This is not the first time this has happened this season, as there was similar discourse during the week that Florida had to compete without several of its top athletes. These teams have COVID protocols because they want to be able to have a season, and to automatically assume they are breaking those protocols is unfair. You don’t know the whole situation and teams don’t have an obligation to tell fans every detail anyway, so why not at least give these teams the benefit of the doubt rather than automatically assuming they’re doing something wrong?

READ THIS NEXT: 2021 Regionals Viewing Guide