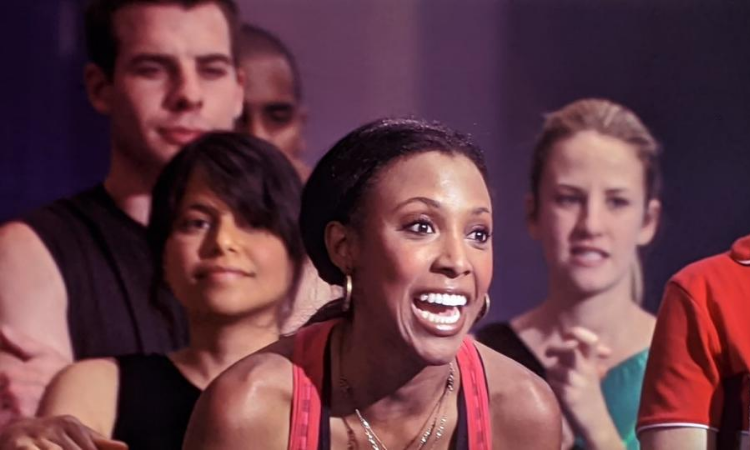 Kaylie and her model roommate are complaining to each other about how fat they are and how much they hate the treatment center. During art therapy, they try to convince the therapist that they actually buy into all of the treatment instead of actually giving the treatment a shot.

Payson has taken over coaching duties for Sasha and is making Lauren and Emily do conditioning, which they hate. Lauren tells Emily not to worry because…

Steve Tanner has hired a new coach, Darby Conrad, who’s an Olympic silver medalist and assistant coach for the women’s team in Beijing. In a rare lapse of judgement, Kim thinks that at just 25, she’s too young to be a head coach. 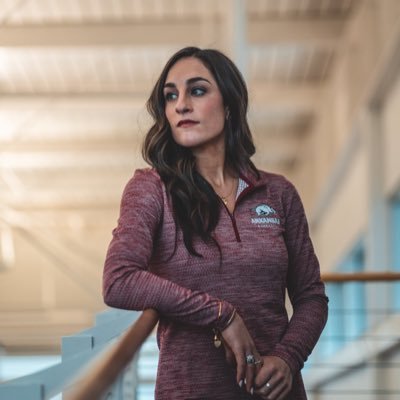 Payson says Darby coaching them is the most ridiculous thing she’s ever heard. Really, Payson, that’s your red line?

Apparently, Lauren and Darby were “inseparable… Sorry, I meant ‘insufferable,’” at NGO camp way back when. Obviously, Lauren’s stoked and straight up says, “You’re just mad because I’ll actually be the favorite for once!” 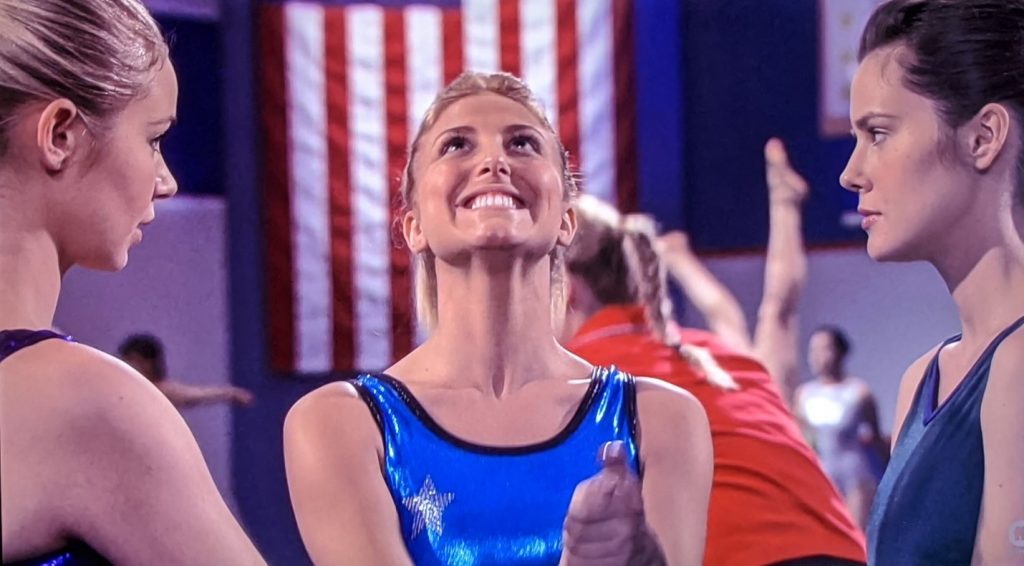 New coach enters and Lauren screams, “DARBS!” to which Head Coach Darby replies, “LO LO!” Then they scream and do an elaborate secret handshake à la The Parent Trap.

Steve introduces Darby and she says, “Yaaay, I am soooo stoked to be here!” She then proceeds to say she’s not like a regular coach, she’s a cool coach who trusts the gymnasts to do whatever they want whenever they want because they’re goddesses.

Summer is already trying to micromanage Darby’s coaching and Darby puts her in her place, which I’m into.

Emily has done such a great job of complying with her probation that she’s officially off house arrest! Darby comes over and says, “Emily, I’m a huge fan! I wanted to personally introduce myself to you… And Payson, I’ve worshiped you forever!”

Lauren gives a spiel about wanting to be Darby’s “second-in-command” since she’s the reigning “best gymnast at the Rock.” Payson and Emily are all, “Says who?”

Darby says, “Emily, I know all about your arrest, and I don’t blame you. I blame our screwed up healthcare system. POWER TO THE PEOPLE!”

She also tells Lauren she’s not going to choose team captain, but rather “empower everyone in this decision” and let the coaches and athletes have a say.

They vote to have a mini competition between Payson and Lauren. Darby recuses herself from judging in the interest of journalistic professional integrity and not giving the appearance of bias.

Kaylie’s having a meeting with her parents and counselor. She says, “I acknowledge that I’m sick. I have an addiction to perfection, and I regret that I hurt myself.”

The counselor says she can go home if she continues at an outpatient program 6 days a week and doesn’t train. Ronnie’s all for it; Kaylie and Alex are not.

The counselor is adamant that Kaylie take a break from gymnastics so she doesn’t relapse and damage her organs or, you know, die. Alex is like, “What if she just trains part-time?”

For once, Ronnie puts her foot down. (I have a feeling they’re going to just do it behind her back.)

Emily and Damon meet at the Spruce Juice. Damon’s complaining that all of his new songs suck because L.A. is “uninspiring.” How lucky that Emily is officially free to see him whenever she wants and everything is awesome!

Darby is staying with the Tanners until she finds a place to live. Lauren tells Darby that Payson doesn’t even want her here and that she had an “inappropriate” relationship with Sasha. “I just don’t want you to end up with a team captain who doesn’t even respect you.” 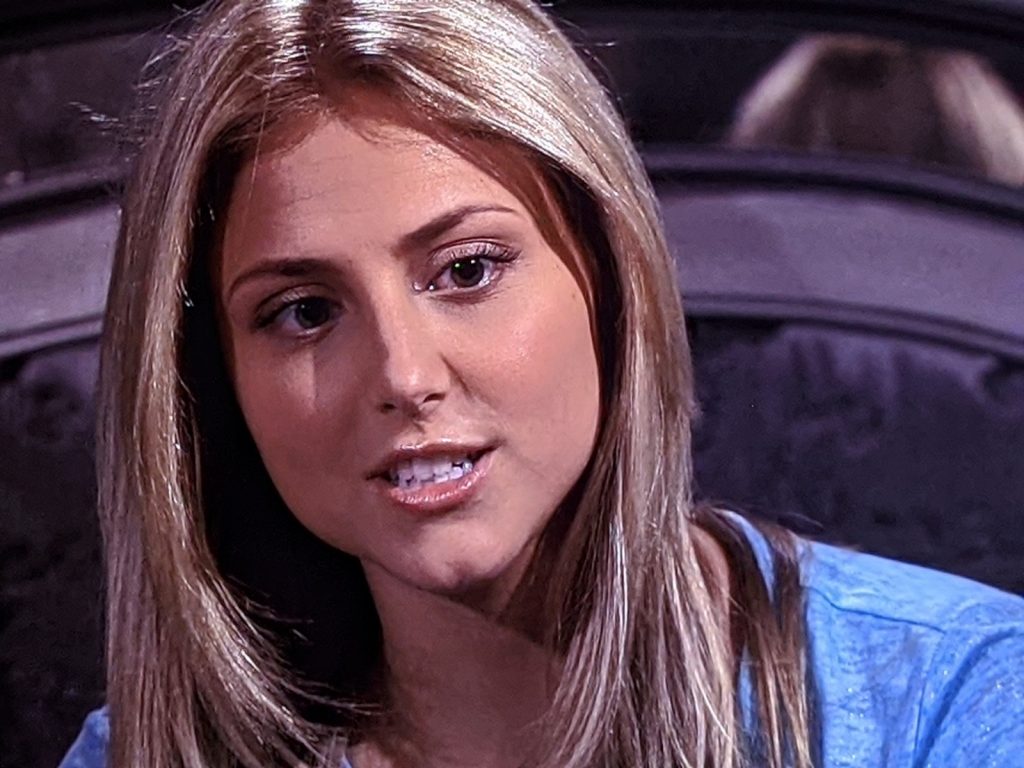 Meanwhile, Payson tells Kim that she will NEVER accept Darby as her coach. Kim is trying to convince her to give Darby a chance and stop being such a damn stick-in-the mud. Besides, Summer told Kim that “Steve’s changed and wants to do right by ALL the girls, no more Lauren favoritism.”

Immediately, we cut to Steve and Summer having wine and Summer asking, “You didn’t hire Darby to buy back Lauren’s love, did you…”

Oh gross… He’s trying to win Summer back by saying he’ll father lots of her children.

Summer says if she takes him back, he has to promise to never, ever lie to her ever again no matter what he thinks the consequences may be. “I give my word to you and to God.”

Of cooourse Summer says OK and they IMMEDIATELY tell Lauren they’re back together and she IMMEDIATELY says, “YOU’RE GETTING MARRIED! THANK YOU, DADDY!”

Damon and Emily are holding hands in his car and wishing on stars. She’s like, “I already have my wish.” They make plans to see each other tomorrow “and every tomorrow after that.”

Emily gets home and McGowan’s back. Seriously, has anyone checked his credentials? Why does this grown-ass man keep showing up in their home after dark?

He says Emily can stay on the national team, but she has to follow certain “conditions” set forth by the NGO: no job, no extracurricular activities and no boyfriends.

FTR, these conditions aren’t applicable to any of the other national team members, they literally just want to see whether or not Emily can prove that she’ll do whatever they say. Also, whether or not she goes to Worlds hinges on her ability to follow these arbitrary rules.

The next morning, Darby is leading the entire Rock in morning meditation. Payson’s annoyed and Lauren’s moaning, “OOOOOM.” Payson is pushing Emily to sign the contract since “they’re just asking you to do the things most of us are doing anyway.” Ugh, Payson, you just don’t understand.

At Chateau Cruz, Ronnie is trying to help Kaylie find new interests outside of gymnastics. She’s got a recording studio in their home, natch. 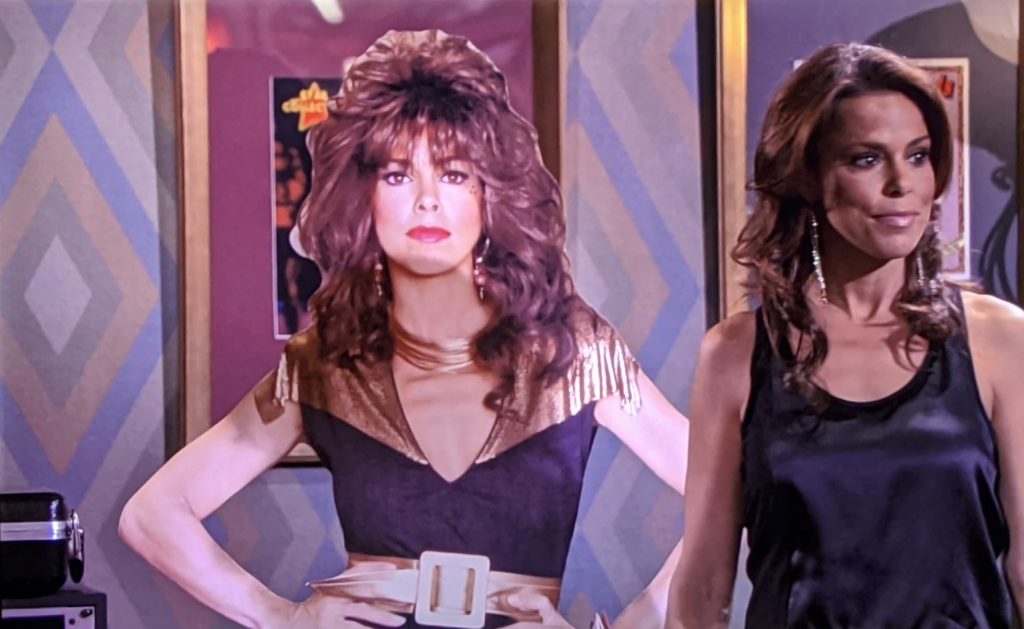 As soon as Ronnie leaves the room, Kaylie tries to convince Alex that she’s fine and he has to help her practice. When he refuses, she throws one of Ronnie’s awards at the wall.

The Payson versus Lauren competition is kicking off and Payson’s never been more motivated to kick ass. She visualizes herself doing a flawless vault and then does it. Lauren takes a step on her vault. On bars, Lauren overarches a handstand, falls out of her pirouette and takes a big ass step on her dismount, but Darby says, “That was PERFECT!” so I guess we weren’t supposed to notice that.

In response, Payson says, “I’m going to do the Shaposhnikova.” Aww, it’s so cute when they use real gymnastics terms! She hasn’t done one since she broke her back and is like, “I guess we’ll see if I can still do it…” Because she’s Payson, it’s perfect.

OK, the next few bits of dialogue are worth transcribing in full.

Lauren: “Whatever, you know you can’t beat me on beam.”

Payson: “No? I can with my new double Arabian dismount…

Emily: “Can you actually do a double Arabian?”

Payson: “No, but I knew she’d try something reckless if I said I could.”

Emily: “I can’t believe I’m saying this, but you don’t actually want her to hurt herself, do you?”

After several moments, Payson tells Lauren she lied but Lauren insists she’s doing this “risky mount” anyway. Emily tries to have Darby step in, but she refuses so Lauren can find her bliss or something. Payson even concedes the captaincy to Lauren in a last-ditch attempt to keep Lauren from killing herself, but she rejects Payson’s concession. Then she actually does the mount really well.

However, she subsequently falls on her acro series. Payson just needs to do a “simple, flawless routine” to win, which she does (because I guess they aren’t doing floor?)

Darby says, “As far as I’m concerned, you women warriors are both winners. And the judges agree! IT’S A TIE!” 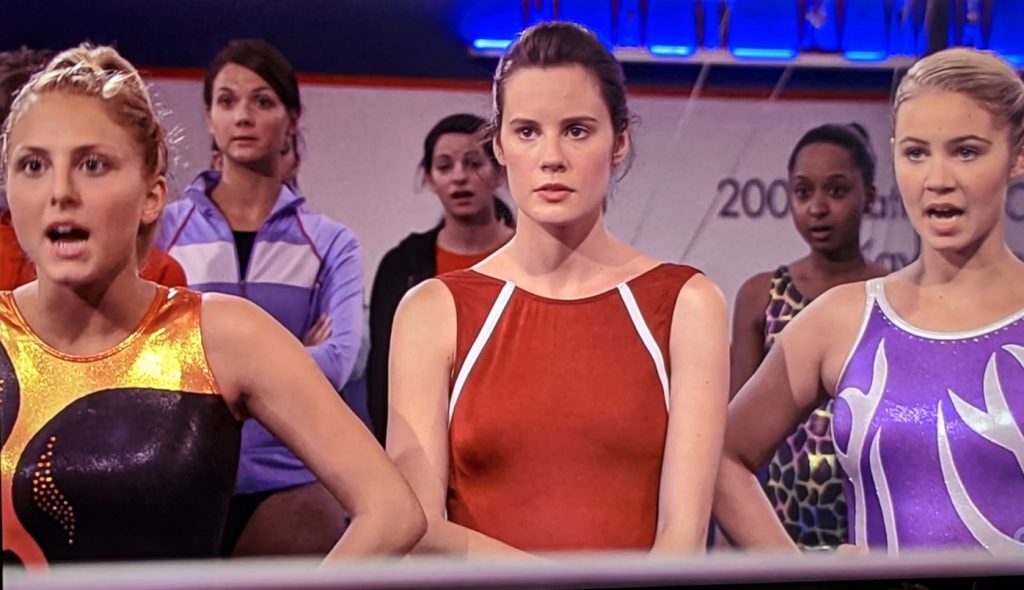 That leaves the deciding vote to Darby. She whiffs and declares them co-captains. Lauren says, “This blows,” and stomps off.

Emily and Kaylie are having smoothies. Kaylie, yet again, says, “I’m fiiiine.”

Emily tells her about the NGO/Damon conundrum. How is she supposed to sign a contract saying she won’t see Damon when he’s done so much for her? Not to mention, he spent all his record advance on recording in L.A., so he’s kind of SOL… Luckily, Kaylie has a recording studio he can use for free!

Kaylie tells Damon he can use the studio, but he has to let her “sing” (i.e., hide in there) so her parents will leave her alone. Later, she’s FaceTiming with her horrible model friend who suggests she steal Damon from Emily.

Lauren storms into her Daddy’s office and says, “You have to make Darby make me captain all by myself.” Steve Tanner actually stands up to her—seriously, what is happening with the parents in this episode—and says he didn’t hire Darby to play favorites. In true Lauren style, she threatens to tell the whole world that she sent the video to Ellen Beals if Steve doesn’t do what she wants. “I did what you couldn’t do! I got you elected parents’ board president and got rid of Sasha and got Summer to come back to you, so you owe me! The next time I tell you to do something, you’ll do it!”

Emily shows up at Damon’s and asks what’d he’d say if she said she’d give up gymnastics to follow him around being his muse full-time? He’s not into her abandoning her dream, so she tells him about the contract. He says, “You have to sign it. Our love can wait.” Then they do it on his futon.

Realer Than Emily Losing Her Virginity on a Futon