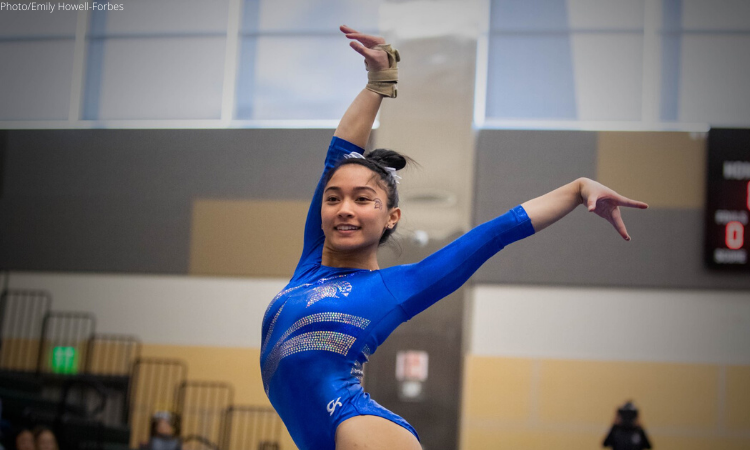 This week, four editors sat down to discuss lineup strategies: How do they figure out if they need to make a trade? How long do you give gymnasts before trading them away? How do you determine who to trade for?

How do you determine you need to trade one of your gymnasts away?

Elizabeth: I have a high standard for my team. If they’re not hitting in the 9.8s, they’re gone. However, I’m also not going to give up on someone after one fluke week. But two or three times in a row of substandard performances are a trend.

Emily M: I can be very trade trigger-happy. If a gymnast has two rough weeks in a row, I tend to move on. That is sometimes great, and sometimes I go back and look at their later scores and it’s a big facepalm because I jumped the gun.

Jenna: If someone isn’t making lineups consistently or is performing a different event every week and it’s impossible to predict which lineup I should put her in, I’m probably going to trade her and try to pick up someone more consistent. I’m also likely to trade someone who has three falls in a row.

Mary Emma: Honestly, I’m really bad about not trading people unless I know they are going to be out for a long time or if they are freshmen and aren’t in any lineups (or exhibitions) at all.

How long do you give a gymnast who isn’t performing before trading them?

Elizabeth: I normally like to wait three weeks, or if the gymnast is in and out of the lineup and I can’t seem to figure out when she’s going to compete, that’s another reason.

Emily M: Similarly to Elizabeth, about two weeks. Exceptions being someone known to be coming back from injury or illness, like Kynsee Roby and Shannon Evans, who I’ve been hanging onto this year.

Jenna: The beginning of the season is tough because the teams are shuffling around their lineups, but if someone hasn’t competed by late January and there’s no explanation given by the coaches, I’m probably going to trade her unless she has 9.9-plus potential on multiple events.

Mary Emma: Usually a few weeks unless I really need scores on a certain event.

What factors do you consider when looking for someone to acquire?

Elizabeth: Again with the three week minimum, but I try to shoot for an average in the 9.8s and a high score of at least 9.875 on at least two events and go from there. Obviously as you get into the heart of the season, most of the good gymnasts are snatched up, but you can sometimes find a diamond in the rough. I also look at my upcoming byes and how many definite contributors I have on each event to find my weaknesses.

Emily M: 9.8s for sure. That’s where I start. I also look for someone who is consistent. Both consistently in the lineup and unlikely to fall. I then consider max score potential. Reliable 9.800s are great, but I really want someone who will pull in 9.850s or 9.900s now and again.

Jenna: I have a spreadsheet of every gymnast’s max and average scores on each event, so the first thing I do is sort that by max score on the event I need. Once I find a gymnast who’s available in my conference, I look at her hit percentage. Early in the season, I’m probably not going to trade for anyone who’s had any falls at all, but later in the season a fall or two is more acceptable. Finally, I make sure the gymnast doesn’t have any upcoming bye weeks.

Mary Emma: I look for people who consistently score in the 9.8 range and who I know are going to consistently be in their team’s lineups. Standout gymnasts from smaller schools are generally who I gravitate toward because they are more likely to be in the trading pool.

We’re past the first trade wave, but what do you do to get someone who might be in high demand?

Elizabeth: I don’t try to get too worked up about it, but I make sure I have at least two or three backups to my top choice in case she gets snatched up before I manage to trade for her.

Emily M: I plan my first choice, second choice and third choice whenever I really need to make a trade. I also shoot for gymnasts flying under the radar for trades after that first big one. MAC, MIC and MPSF gymnasts are great for that. Although, I’m shooting myself in the foot by writing about them in Fantasy Central every week! You’re welcome.

Jenna: After the first week, the organizer usually doesn’t announce what time the trading window will open, so I’ll just keep the website open in a tab and go refresh it every now and then. If you’re really desperate for a trade and have your eye on somebody who’s in high demand, you could set up Twitter alerts for the fantasy gymnastics account in case they announce when trading is open.

Mary Emma: I log on first thing to try and make the trade, but I always have several backups in mind just in case.