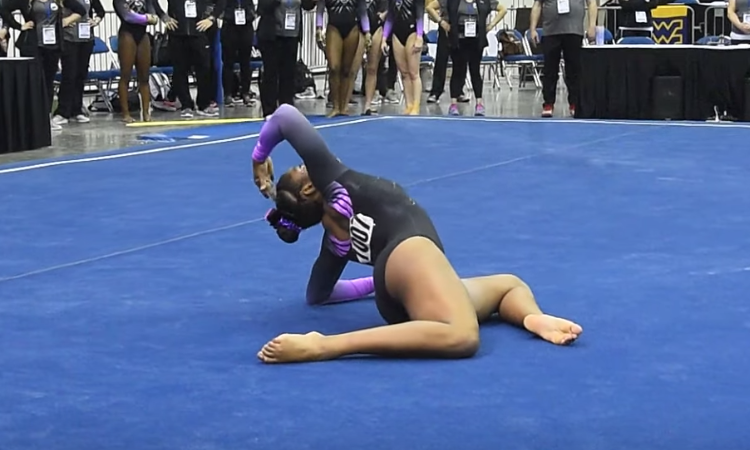 Also, for fairness, gymnasts with fewer than three scores on an event were not included to prevent skewed results in one direction or the other. Elites/former elites who haven’t competed level 10 this season were not included as their scores are not directly comparable.

Joyner’s standout events are bars and beam, but Rutgers will appreciate her all-around gymnastics.

Widner made or was on the cusp of making most of the event top 10s. With clean and consistent gymnastics, she could factor in on any event.

Thompson’s best events are vault and floor. Her Yurchenko one and a half should immediately make an impact for the Tar Heels, who will also appreciate having a strong all-around gymnast on the team.

Bars is her standout piece, but Rivers brings great gymnastics on just about every event.

Worley’s clean gymnastics on each event translates into a well-scoring J.O. gymnast. She made or was an honorable mention on several lists and has the ability to make an impact on every event.

Doggette’s dynamic and finessed gymnastics makes her a joy to watch on every event.

Hoffman made three of the four event lists and consistently produced clean routines in J.O. She should be in the mix on each event.

Brooks’ clean, elegant gymnastics consistently produced good numbers in J.O. She, too, made every event list, so it’s no surprise she’s on this one too.

Wilson brings a more powerful, muscular quality to her gymnastics. She’s the second Wolverine to make every list; don’t be surprised to see these two making an impact for Michigan.

Johnson appeared in the top half of all of the event lists; with all-around clean gymnastics partnered with style and difficulty, it’s no wonder she came out on top.